Do you think a really good amateur cycling enthusiast could win a stage at the Tour de France? How many watts do the best of best maintain over a hard hilly stage? What is their average ascent speed at those big climbs? Thanks to l’Étape du Tour, we can compare pros and amateurs racing on the same road. Let’s see who wins.

l’Étape du Tour is a unique race where amateur riders from all over the world get a chance to experience how it feels to compete at the Tour de France. They get the same treatment as the professionals – support cars, feeding stations, and closed roads included. This year’s l’Étape replicated stage 18 of the Tour that tested all participants on 181 km and two big climbs to Col de Vars and Col d’Izoard. Around 15,000 amateur riders representing 72 nationalities took part and raced just 4 days before the pros took to the same roads. Among this gigantic peloton were also the seven members of our We Love Cycling team who won their tickets in the yearly contest on our website. Now, let’s see how the best amateurs fare against the best pros on this demanding stage.

What do watts and VAM mean in cycling?

Watt is a unit of power and in cycling it’s used to quantify the rate of energy transferred from a rider to the bike. In other words, it describes how hard the cyclist is pedalling. The average guy can put out maybe about 600W in the max effort for a few seconds whereas the best sprinters like, Peter Sagan, can go beyond 1500W when they’re close to the finish line. For reference, that’s equal to about 2 horsepower units (746W) and could easily power two households. VAM is the abbreviation for the Italian term “velocità ascensionale media” which means “average ascent speed”. VAM is calculated the following way: VAM = (metres ascended x 60) / Minutes it took to ascend. Basically, the higher VAM you have the more impressive of a climber you are.

The breakaway lead by Thomas De Gendt formed quite quickly after the start of stage 18 and the pack of about 47 riders maintained normalized power of 300W for the first 3,5 hours of the stage. For comparison, riders in the main peloton behind had it a bit easier needing only about 284 W. As a side note, for example Roman Kreuziger, riding in the main peloton put out an average power of 242W which resulted in 284W of normalized power. That’s because normalized power is calculated using an algorithm that takes into consideration all possible fluctuations and it tries to better describe the perceived effort. For example, maintaining steady 242W on an indoor bike trainer will hurt way less than reaching an average of 242W in a peloton where you have to sprint to close gaps, deal with wind, changing road quality, etc. That’s why the normalized power was measured at 284W. 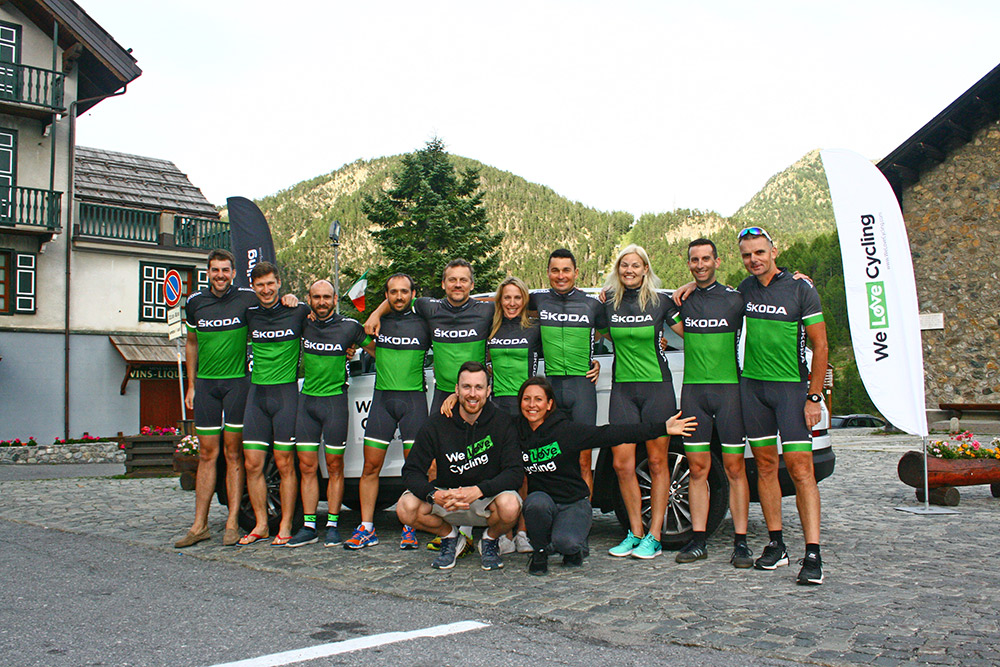 The second climb of the stage to Col d’Izoard changed everything. Warren Barguil, coming from the peloton behind, put out an effort of his life and with an impressive 1800 VAM caught up with the breakaway, defended the attacks by Froome, and secured first place in the last kilometres.

The amateurs were impressive too!

Jiří Ježek, the Paralympic cycling superstar wearing the ŠKODA WeLoveCycling team jersey, reached a noteworthy 1342 VAM during the 12% segment of the Izoard climb which allowed him to get to the top at 59:51 and finish among the first hundred riders of the whole l’Étape du Tour. The overall winner of l’Étape, Jonas Abrahamsen, finished the climb at 46:15, only 8 minutes behind the Tour de France stage winner, Warren Barguil, who did the same at 38:02.

It’s important to note that the pros were closing in on a third week of daily racing while the amateurs had just one stage to worry about. On the other hand, the amateurs didn’t have coordinated teams of riders shielding them from wind, supplying with fluids, and keeping them fresh for the final climb of the day. All things considered, we take our hats off to both. There’s a lot of talent out there both in the Tour de France and l’Étape du Tour.