There is a self-made pro with a passion for cycling and a never-give-up attitude. He rides over 30,000 km on his bike every year, he is the UCI ParaCycling World Champion, and has 6 Paralympic gold medals. His name is Jiří Ježek and a missing leg is not a big deal for him, he is playing sports career at hard difficulty level and still winning. How does he do it? Read about his life’s story.

The accident he considers a victory

Relying on prosthetic legs is not just limiting in terms of movement but also in terms of durability. They can break and they do break. For example, in a long stage race in 2008 in Dominican Republic, his prosthetic leg broke in the middle of a stage. There was no way to replace it, no companies that manufactured it. So he just duct taped it and successfully finished the remaining stages regardless.

There aren’t many things that make Jiří quit and you can trace this attitude of his all the way back to his childhood. He was run over by a cement truck when he was crossing the street at the age of 11 and his right leg had to be amputated from the knee down. When he is asked about the accident nowadays, his comments are quite surprising and not at all negative. “It gave me self-control and determination” he says, explaining how the loss of a leg actually helped him.

His recovery shaped him as a person

His parents didn’t go easy on him when he returned after several months in the hospital. He had to do the chores just like before. And even if he was allowed something extra, like not having to take off his shoes in school because it was complicated with his prosthetic, he refused. Instead he made an extra effort and followed the same rules as other kids, he didn’t feel sorry for himself. This experience shaped him as a person and he took advantage of that later in life. 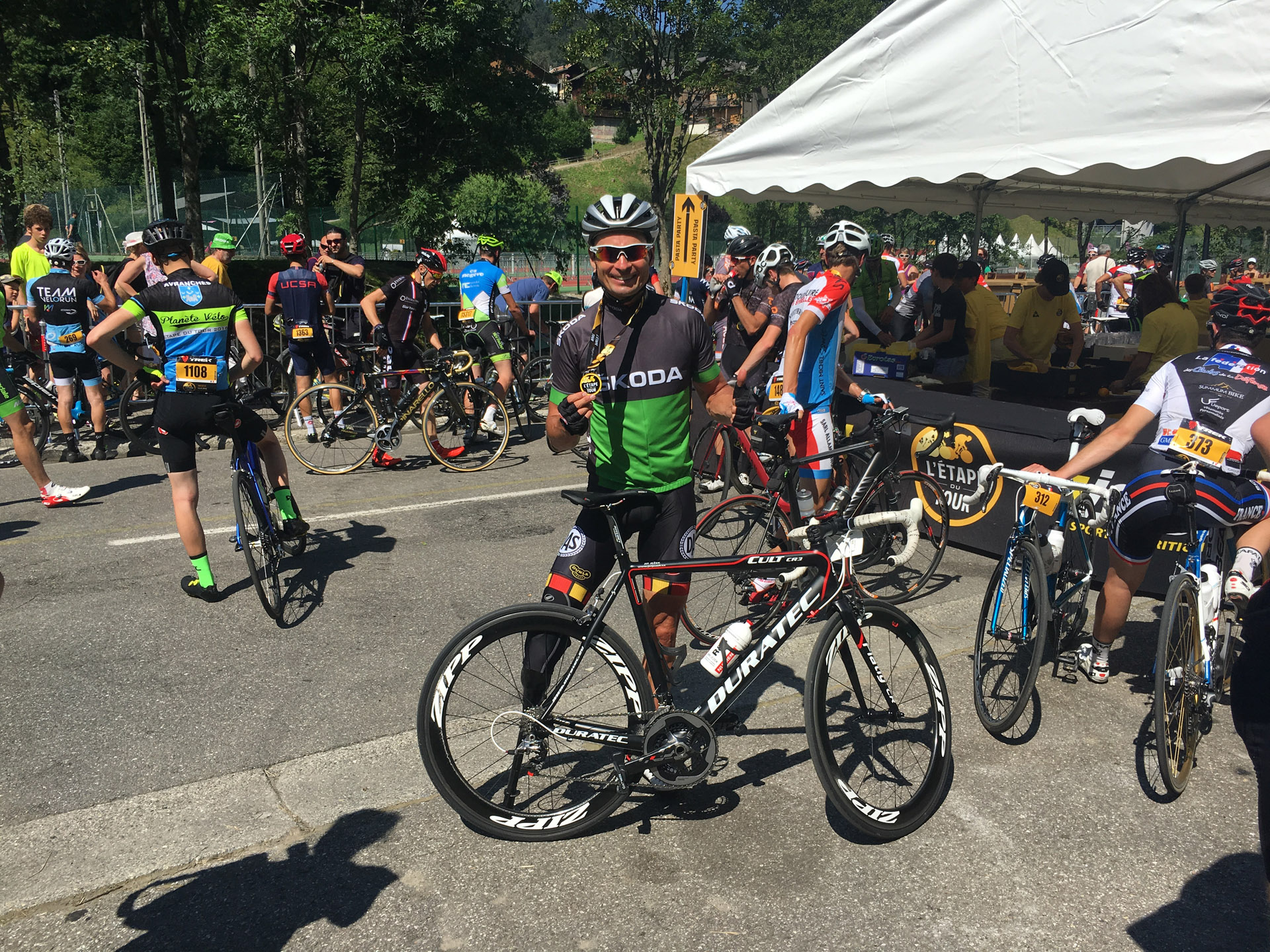 How he got into cycling

Cycling was the least painful way to move for him so it soon became a hobby. It was one of the few places where he started feeling equal to his friends in physical activities. He started training at 20, worked hard, improved, and soon stood on podiums of various races. His first big success as an amateur came after 6 years, when he qualified for Sydney Paralympic Games and won two gold medals. Training with one leg

At the time, Jiří worked in a company that manufactured prosthetics so he had several of them for walking, running, and cycling. Later, as a high-level cyclist, he wanted to lift weights like other pros. The problem was he couldn’t do strength training with any prosthetic, it was too painful and damaging to his body. But that didn’t stop him. He trained much harder and won all of his Olympic gold medals while only training his legs on the bike.

According to measurements done at the Heidelberg University in Germany, his amputated leg can only deliver about 70 % of power compared to able-bodied pros. Jiří regularly races with them despite that and he always had the need to be the first no matter the starting positions. Instead of complaining, he trains extra to help his legs to put out equal power.

The ability was proven by racing at the highest level of cycling in 2010, when he spent the whole season in a professional team. He successfully raced with the Tour de France winners, World Champions, and big stars of pro-peloton. In 2013, he was a forerunner in the Tour de France Time Trial to Mt. San Michel and while not being even a part of the race, he put out a better time than 3 real pros. 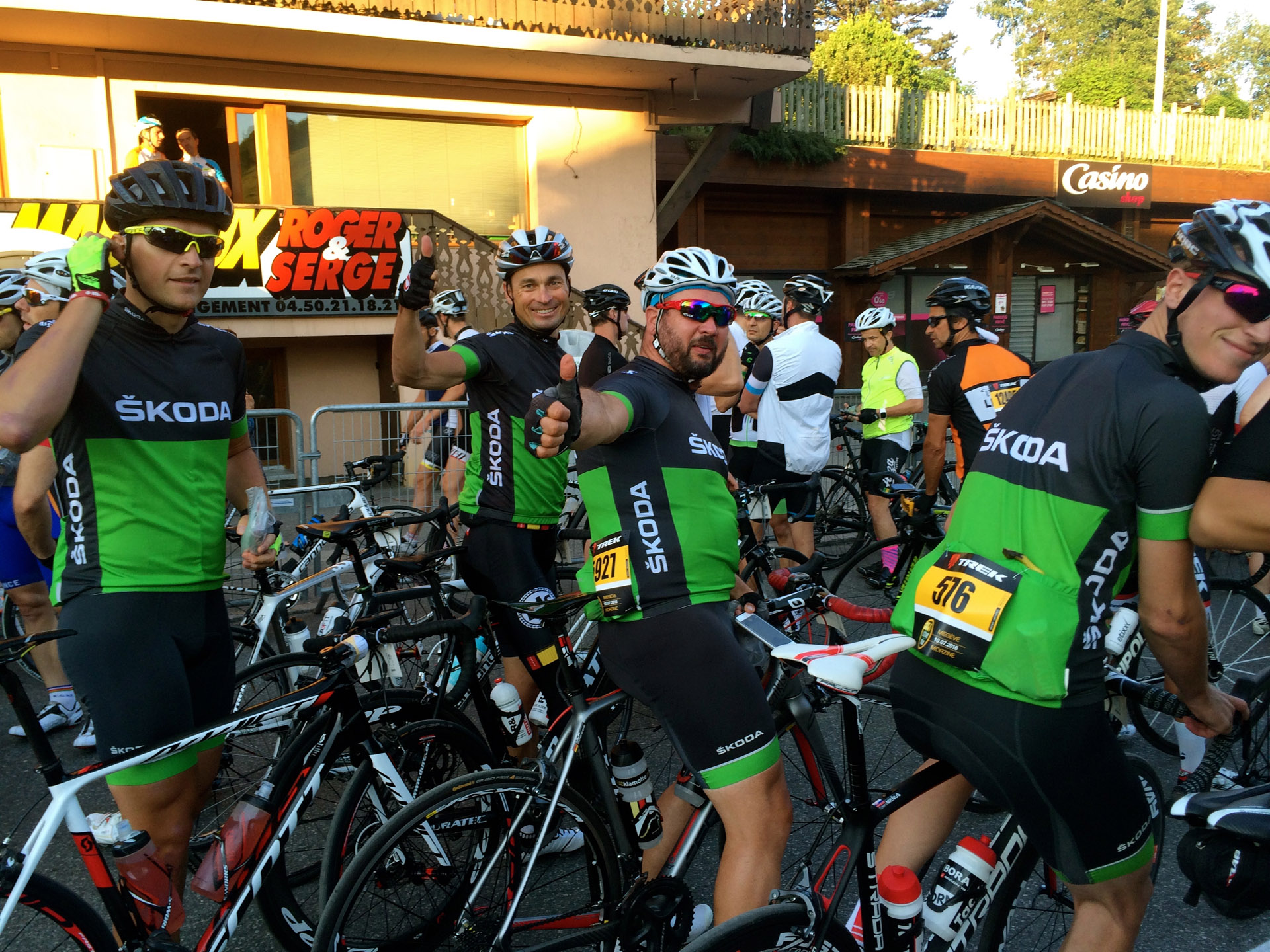 Even if a race with professionals doesn’t go well for him, he stays on the bike as long as possible, to get good training in. His wife and manager Sonja says: “Jirka gives up races only when he falls, gets hurt, his bike is destroyed, or judges withdraw him from the race”. We found out that to be true first hand, when he was part of our team for the 2016 L’Etape du Tour, and we’re glad he’s going to be with us again this year.

Jiří is determined and has a great work ethic, that’s what helped him become the first handicapped cycling pro in the Czech Republic. What made him a champion is his never-give-up attitude. “If you give up once you will remember it forever and you will be giving up in races all the time”, he says, explaining why it’s not an option for him. And he doesn’t just say that, he lives that.

After his big fall in the 2014 World Championship in the USA, where he was hospitalized for weeks, lost 2 ribs, some upper body muscles and a part of his lung, he did not give up. He managed to recover, train again and qualify for 2016 Rio Paralympic Games. Famous Songs of Le Tour de France: Which One Do You Like the Most?