A common thief of scrap metal went a little bit too far with his creativity last week when he decided that a bike would be the ideal getaway vehicle for him and his loot – 3 by 2 meters big pieces of zinc-plated fence.

It hadn’t been long before a passing-by driver spotted him and contacted the police. He also made a photograph of the 40-year-old man from Karviná, Czech Republic, which has since been doing the rounds on social media. 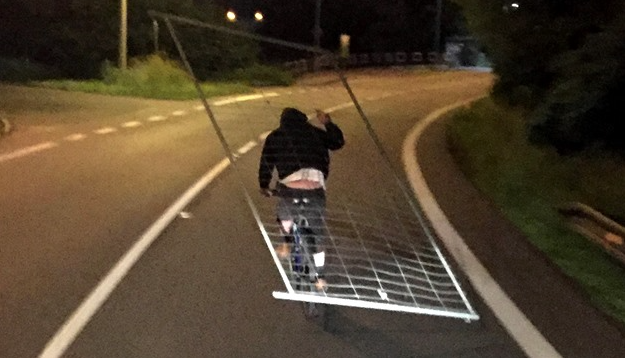 “We got him thanks to the driver’s diligence,” said Zlatuše VIačková, the press agent of the local police force.

The thief had decided to take ten pieces of this fence and had been hauling them away one by one, managing damages of roughly 10,000 CZK (370 euros) before the police caught him.

He is now facing up to two years in prison for theft.