Sagan leads the Tour de Suisse and breaks his own record

After besting Ferdi Kubler and Hugo Kolbet’s title of 11 wins in Baar on Sunday, Peter Sagan broke his own […]

After besting Ferdi Kubler and Hugo Kolbet’s title of 11 wins in Baar on Sunday, Peter Sagan broke his own record yesterday in Rheinfelden, powering to his 13th stage win and taking the race lead at the Tour de Suisse. Winning the third stage of the race, the Slovak attacked on the final climb to catch two breakaway riders, managing to take the time bonus and the yellow leader’s jersey.

One of the world’s most powerful and versatile bike riders, Sagan had to do a bit of improvising yesterday when he realized that stage three wouldn’t could come down to a bunch sprint. Although his attack on the climb and quick-thinking adjustment of tactics allowed him to cross the finish line first, the local boys made sure he worked hard for it, giving him a run for his money in the last chase. 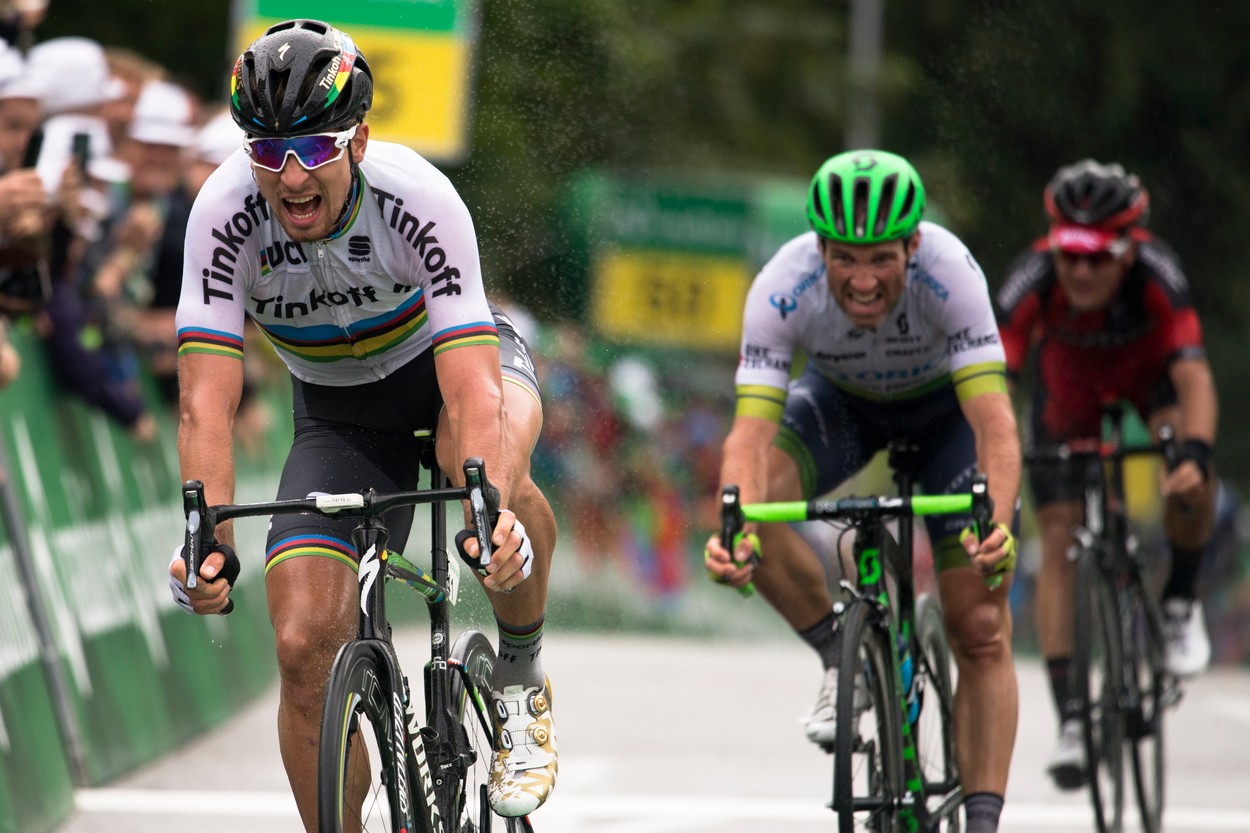 Encouraged by an early attack from locals Michael Albasini (Orica-GreenEdge) and Silvan Dillier (BMC), Sagan was forced to launch himself from the peloton and catch up. Leaving the pack behind as he stormed to the top climb in the chase, he pursued the two Swiss riders down the descent, catching them at the 10km mark.

Albasini and Dillier were initially keen to work with Sagan, a stage win and possible yellow jersey on the line for their winner, but their lead was reducing by the kilometer. The trio caught some congestion as things got heated, but it didn’t last long. Sagan’s impressive palmares mean he has become somewhat of a marked man in the peloton. With stage wins becoming more and more challenging as other riders refuse to help him to the finish, he didn’t hang around for long once he caught up to his Swiss competitors.

Albasini opened up the sprint, but the rest was history. Sagan sprinted around the outside, passing him in the final 20 meters to cross the finish line first. In-race data showed that Sagan put out an impressive 1240 Watts in the final sprint, reaching a top speed of over 65kph.

Stage 4 is a largely flat 193km stage from Rheinfelden to Champagne, the last day for the sprinters before the race heads into the high mountains. Will Sagan manage to keep his yellow jersey and race lead?

Jürgen Beneke: the German Who Stole the Title from Americans