Bike stealing might be a controversial topic, but to understand how thieves think and how they actually do their “jobs” might just be the thing that saves you a lot of grief. Richard Cantle, founder of Stolen Ride – London (stolenride.co.uk), went the extra mile and interviewed a former bike thief who revealed to him his own tips on how to prevent your bike from getting stolen. 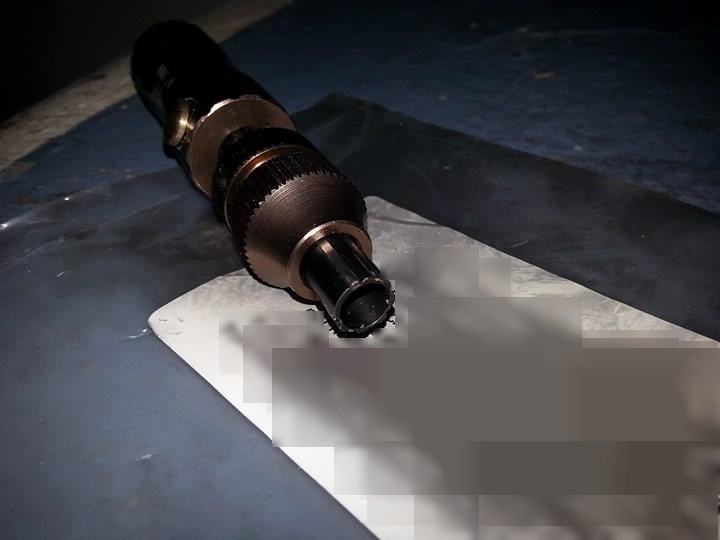 So, you are an ex-bike thief from London? When and why did you begin stealing bikes?

I started stealing push bikes when I was 16. Motivation was money, bikes are quick and easy money. There were two of us who stole pedal bikes and high performance motorbikes.

Did you target specific types of bicycles and locations in London? What was the thought process?

High value bikes were the main targets – like Carrera racers, no-logo fixie bikes, Boardman racers and Ridgeback bikes. These were the popular quick sale bikes that were called golds (because of the payback to time value of them).

Bike locations, there is a thing what we would call London rings or hotspots, where bike security seemed to be less of a problem. The more central you got the worse the locks, where people let their guard down more. Going out of London, locks would get better and locations fewer, so the time and effort put in would not be worth it. Borough of Islington, Hackney, West End, and the central mile were our hunting grounds. The more CCTV and people the better. People are like sheep, they feel safe and pay less attention when they’re together.

At first it was a hit and miss game. Grab the bike and go kind of thing, but as time moved on and we worked out there was money to be made, we stepped up our approach. For example, if it wouldn’t sell for more than £200, it wouldn’t be taken.

How did you steal the bikes? What tools and techniques did you use?

At first it was with basic wire cutters and the average bolt cutters you could buy in somewhere like Homebase. As time went on the tools upgraded to a pair of bolt cutters a friend bought in America for us on his holidays. These were 42-inch high toughened foldable bolt cutters, which would fit into a rucksack and would cut through any D-bar, or any chain.

Don’t be fooled by Kryptonite locks, they’re not as tough as made out to be. Also D-bars with tubular locks, never use them, they’re the easiest to pick with a little tool. It’s small and discreet, no noise and it looks like you are just unlocking your bike. With the bolt cutters we would go out on high performance motorbikes, two men on a bike. The pillion would carry the cutters. When we found a bike the pillion would jump off, snip the chain in seconds. “Boltys” back in the bag, the driver would take the bag and drive off whilst the pillion, who is now on the push bike, would cycle off. We would do this up to five times a night, every weekend.

How and who did you sell the stolen bikes to?

Main place at first was Gumtree. But the longer you sell, the more people and contacts you would make. At the peak of it we had links all over London – north, south, west and east, Southend-on-Sea, Colchester, Hull, Leicester. The further the bike had to go, the more would be sold in packages. A contact in Southend would pay a lesser price for ten in one go and would pick up in a van once a month. Bikes were never sold for parts; it’s not worth it – too much time and effort.

How quickly could you sell a bike on and how much would you get on average for each bike?

A bike could be sold in a matter of minutes at the peak of it, to one of many known regular contacts. Longest was around a day. Bikes were never kept at home, they were always locked back up on the street. Somewhere, even outside police stations locked up. If the police ever raided your house then no goods would ever be found.

Was stealing and selling bikes full-time for you? How many bikes would you steal each month?

No, I worked as a full time Forklift driver, but the money was barely enough to pay bills and rent. You can’t live on today’s minimum wage.

The prices work out at half the retail value of the bike in the shop. So a thousand-pound bike would be sold for 500, to a person on Gumtree, or if it was to a regular link then 400. We would work Thursday, Friday, and Saturdays as soon as it was dark. Police are extra busy dealing with drunks at these times. We would get on average 10 bikes a weekend. 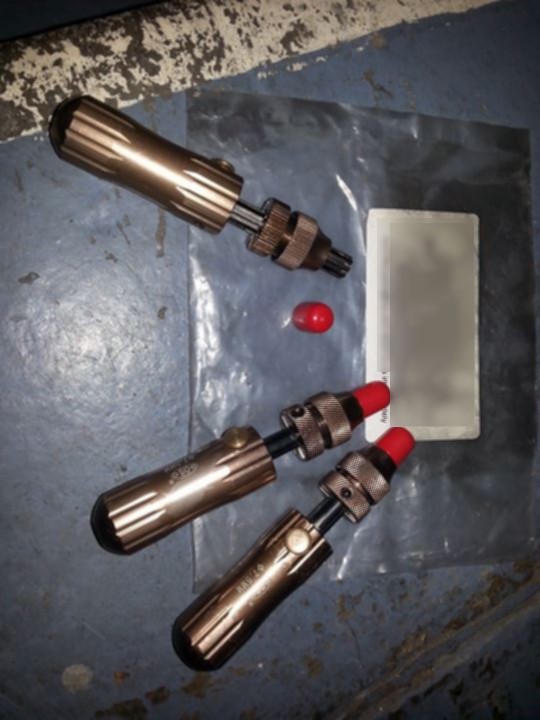 Did you ever steal to a specific request or demand? Did you watch certain cyclists and bikes for a period before the theft?

No, that makes it long; we would literally go out on the motorbike into central and just pick bikes up anywhere. Front of tube stations, bike racks, metal fences, underground car parks, bike parks etc.

From the moment you pull up, to the moment the bike is cut and bolt cutters are back on the motorbike would be 10 seconds at the most so no one really knew what was going on, I almost imagine like you have to question yourself like, did I really just see that?

No one ever confronted us or said – what are you doing?

Were you ever put off stealing certain bikes? Was it due to location or security measures?

CCTV was not a put off. We had helmets on so we couldn’t be identified (well, we thought so at least). Location didn’t matter, we were young and reckless, and we didn’t care about security or people. If it went wrong, just get back on bike and go.

Did the owner of the bike ever cross your mind? Did you feel guilty?

Yes, all the time, I’m not going to say I was a cold heartless guy. The victim crossed my mind a lot, but it’s a dog eat dog world when I was in that position. I did feel sorry for the victim and how they felt, but money makes you do things you shouldn’t be doing. How can you live in a world and try to teach kids the right way of life when they’re surrounded by rich lawless thugs and poor normal people who work and stick by the law, but can’t afford clothes on their back because of the cost of living. It’s like the cost of living was and is still going up, but wages are going down? No one can give an answer for that. 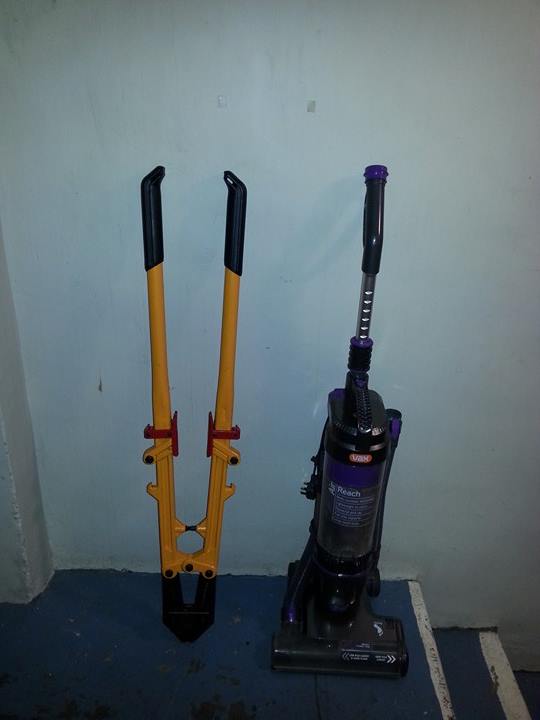 Why did you decide to stop stealing bikes? Was it something specific that made you stop?

I got greedy and got caught – money goes to your head, eventually. We were chased by police and a helicopter one time after a move went wrong. We were at a set of lights and several cop cars pulled up, we managed to duck and leave the motorbike, but the helicopter was already above.

We were sentenced to 18 months in young offenders at the age of 20. I spent my 21st birthday, Christmas and New Year in jail and I’m not going to lie, that was heart-breaking to not be with family, the kids or even just at home during these times of the year.

I learned that my family is more important than having designer clothes on your back or expensive trainers, or loads of money. It all hit me the minute that judge said the words and I saw my mum, my missis of three years break down in court. My mum was a strong woman and that was the first time I saw her cry out of pure love, she wasn’t mad, she wasn’t angry, she understood that times were hard.

I let them down and I knew my mum was crying because she felt like she hadn’t done a good enough job of raising me. My old man never once stepped foot in court and that’s for the same reason of him feeling ashamed.

And that is the worst feeling to know that I let the man I look up to down. I felt ashamed.

How would you prevent your own bike becoming stolen? What are your top tips?

Never use a chain, they’re too easy to snip. Use a small D-lock on front and back wheels. If your lock can be moved about that means the thief’s bolt cutters can get around them, at the right angle they won’t. Stiff D-locks are hard to snip because you need the right angle on the cutters to get the force to close them.

What can the police and authorities do, in your opinion, to help cyclists protect their bikes? Who has a responsibility to help?

Police I feel can’t really do anything these days, unless they catch you physically cutting a chain. Too many human rights.

Bike serial numbers can be so easily shaved off, filed and painted over. Serial numbers need to somehow be made more tamper-proof and a bike register needs to be put in place, a bit like cars I think. Only way I see is to get your bike sprayed with a special smart water device which is invisible and is basically like a DNA code on your bike and can only be seen under UV lights.

Trackers, yes they were a worry, but that is why we kept them on the street, if they were found the police would simply just take it back. Secure parking is the worst for putting your bike in. So quiet you can spend time in a secure parking lot without causing suspicion. 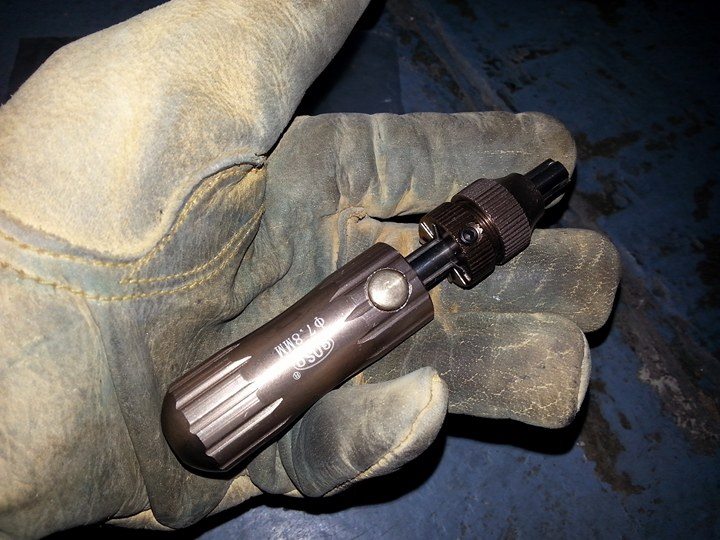 Just trying to give a little back to society, I took so much; it’s the least I can do. I’m sorry to the people whose bikes we took, but times were hard back then and unless you been there yourself, I don’t think that you would understand, but I am truly sorry.