The Idea of a Women’s Cycling Suit from 1895

While bloomers or knickerbockers were adopted by the more emancipated women cyclists, traditionalists deemed such attire to be highly inappropriate. […]

While bloomers or knickerbockers were adopted by the more emancipated women cyclists, traditionalists deemed such attire to be highly inappropriate. But what were you supposed to do if you said “lavatory” instead of “toilet” and “alcohol” instead of “booze”? Feminine and modest, yet properly functional. This was how Ida M. Rew characterized her new ladies’ suit. The New York resident’s 1895 patent was supposed to combine the practicality of trousers with the desired look of a skirt. Here is what Ms. Rew had to say about it.

“My invention relates to a bust supporter for ladies use with the lower edge encircling the person just below the bust line, made without stiffness and which does not exert any pressure upon the lower chest, permits deep or diaphragmatic breathing, prevents attenuation of the lung tissue, collapse of the chest walls and in consequence hollow chestedness and round shoulders. An ordinary corset or stiffly boned waist exerts a great pressure upon the lower chest and over the sensitive region of the stomach, to relieve which that portion of the person is drawn inward causing the shoulders of the wearer to incline forward, entailing great distress and permanent injury, which my invention, obviously, very effectually prevents.” 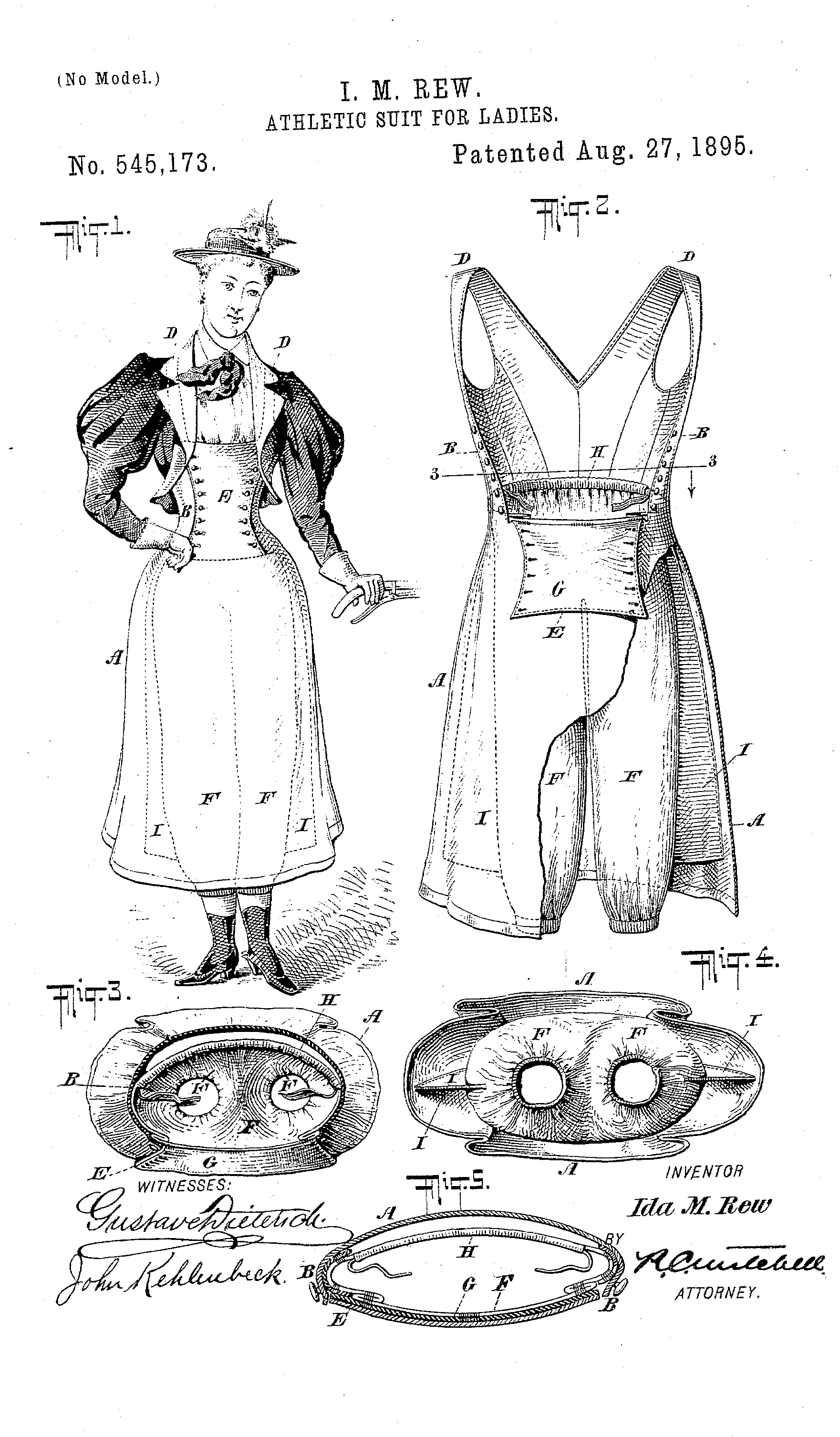 The trousers were supposed to be connected to the skirt by loosely hanging strips of cloth, thus preventing inappropriate exposure of the wearer’s legs. Quite an idea, right? Would you care to try it out?

The Romantic History of Tandem Cycling

The Most Insanely Demanding Cycling Competitions in History