Every August, about 70,000 people travel to the Nevada desert, to take part in the Burning Man festival. Over the years, the event became legendary. Czech photographer Marek Musil explains why a bicycle is a must when you want to survive.

How does cycling come together with a massive party in the middle of a desert?

The desert area where the festival takes place is so vast that without a bike, you’re condemned to walk tens of kilometres every day. Just to get from one side of the camp to the other, it takes about 45 minutes of cycling, which makes for a really difficult walk. One also has to mention the unbearable heat coming from both the sun and the sand. As all motorised vehicles are officially banned from the event, except for the specially created “art” cars, you have to either walk or cycle. Most visitors take the easier way. 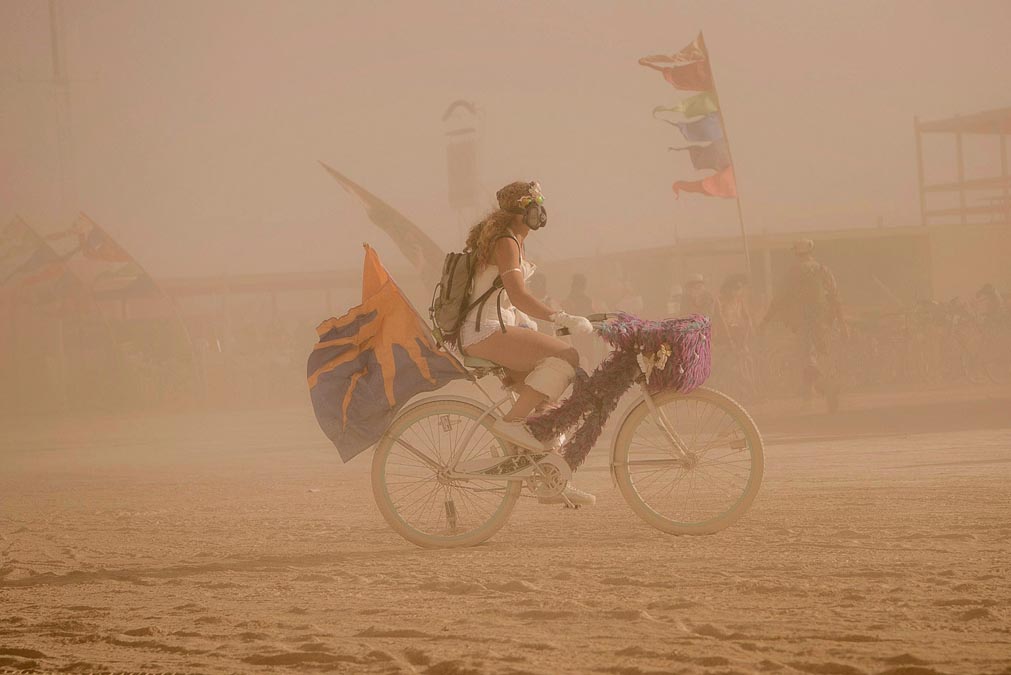 Which kinds of bikes are mostly used?

At Burning Man, even the bikes work well if you want to express your artistic emotions. You can see unbelievable two-wheeled creations on site. The bikes are decorated or transformed into surreal vehicles looking like Moon-landing contraptions straight from a crazy man’s dream. Since the Burning Man idea comes from California, most of the artsy bikes seen at the festival are tweaked beach cruisers with long and wide handlebars, fat tires, and an upholstered seat moved back above the rear wheel. There is no norm for how the bikes should look like as the basic rule of Burning Man is to be as original as possible.

Did you use bike there too?

I love cycling but to be honest, I prefer riding mountain bikes in the countryside. However, during my first visit to Burning Man, I almost didn’t get off the bike I used. I cycled approximately eight hours a day – four in the morning and then in the afternoon after the worst heat was gone. I just got on my bike and when I noticed something worth shooting, I stopped, took some pictures, and carried on riding. The middays, when the sharp desert light was unsuitable for picture taking, I spent in the Loren Geller’s mobile cycle rental shop where I worked as a serviceman. I repaired ripped chains and flat tires. 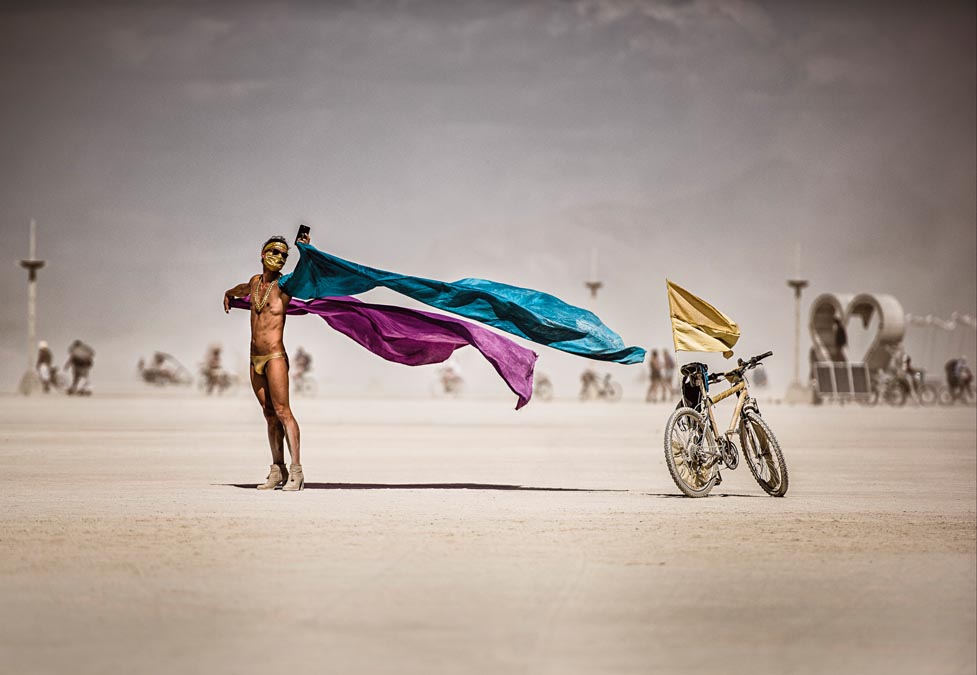 Should I be worried about bike theft at the festival?

Man, theft is not the right word for what happens at Burning Man. It’s a great party where people sometimes forget how their bikes looked before they started partying, especially when they rented them. They all look the same to them. Be prepared your bike might, unfortunately, disappear – even though such disappearances don’t happen on daily basis. The other case is when you, ironically, lock your bike to prevent someone from hopping on it, leaving you bike-less. My girlfriend Denisa was surprised when she came to her bike to which about eight other bikes where locked with bike locks. She had to simply leave her bike alone and pick it later the other day early in the morning.

Is there some “bicycle photo” you consider your best?

I love the one depicting an extremely dirty girl riding an equally dirty cruiser bike. How it oftentimes happens, this photo was taken accidentally. I noticed her in the last moment when she casually passed me on her bike. I made it in time to shoot her, though, and I’m really happy with that snapshot. 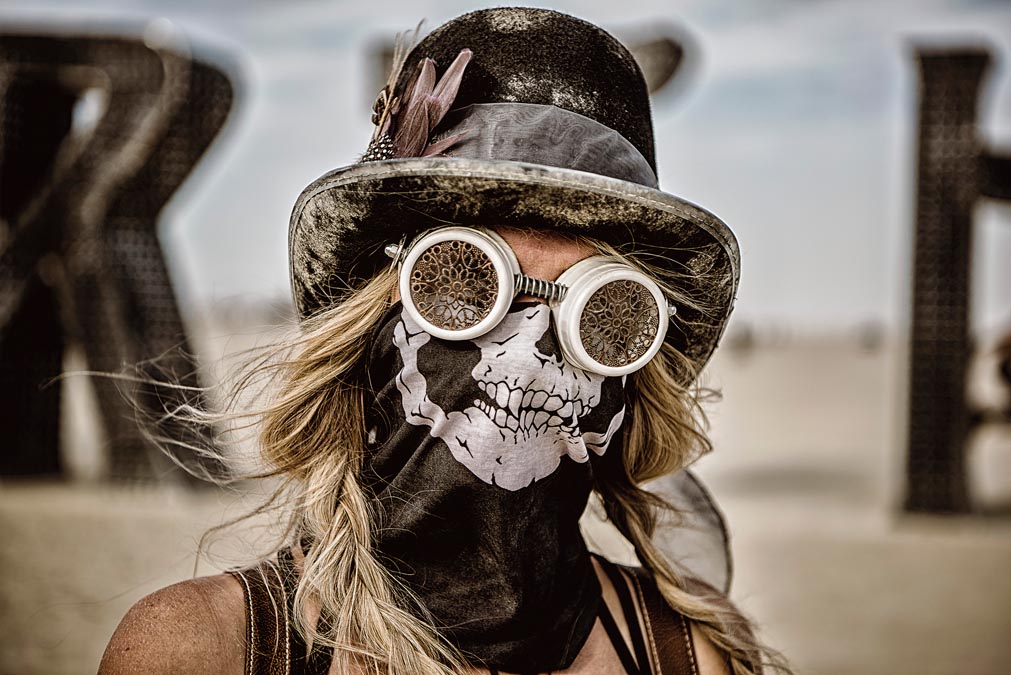 What’s the best approach – to bring your own bike or rent it on the spot?

Many people pimp their own bikes by turning them into special “Burner Bikes”. All those who just see the bikes as a mean of transport can buy a relatively cheap one in Walmart. They charge about 40 USD apiece. There’s also the possibility of renting a bike from guys like Loren Geller who bring trailers with thousands of rental bikes, lending them for 100 USD per week. You just need to prepay the charge in advance. The frames bear chips, so there’s no need to worry if the bike gets lost. For any bike lover, Burning Man is an ultimate event you must see at least once in life. I encourage everyone to come, even though getting the ticket is extremely difficult.

Is This the First Truly Theft-Proof Bicycle?

How to Make Your Lunch Healthier Step by Step