Last November, I visited Shanghai for the first time in just over 10 years. I noticed many improvements in the city, and one of these was the popularity of bike sharing. Dockless, shared bikes in bright yellow – belonging to Alibaba-backed Ofo – and silver and orange – belonging to Tencent-backed Mobike – were parked on many street corners, as were the bikes in blue from the now bankrupt Bluegogo. The city has over 1.5 million of these bicycles, or about one bike for every sixteen residents. These bike-sharing companies are not only present in Shanghai, though – their bike-sharing services are available in all the major cities in China and have even expanded abroad to cities such as Milan.

However, although bike sharing aligns well with the government’s commitment to reducing pollution across the country, cities such as Nanjing and Shanghai have demanded that no new bikes be added to their streets. One of the challenges faced by the bike-sharing companies is that many bikes are dumped outside subway stations and parks, because these places do not have parking facilities nearby.

Other challenges are that apparently, many bicycles have been damaged and even stolen. For example, QR codes are sometimes defaced. Also, there are bikes that use individual four-digit passwords, which users can receive by scanning a bicycle’s plate, and there are users who simply memorise a bike’s password and steal the bike. In response, both Ofo and Mobike have adopted point systems that penalise bicycle dumping, traffic violations and other unwanted behaviour. Ofo’s system also awards users who report lost or damaged bicycles.

PHOTOGALLERY: There Are Huge Bike Share Graveyards in China

As for the damaged bicycles, they are collected and transported to bike repair centres – Ofo has more than 2,500 staff working on collection and repairs in Shanghai. These bikes get brought to large repair centres – one such centre in Beijing receives more than 400 damaged bikes a day, and it has a backlog of over 4,000. Bikes can also get brought to be repaired in what some have termed “bike graveyards” – in these places, thousands of broken and/or vandalised bicycles are piled up for repair. 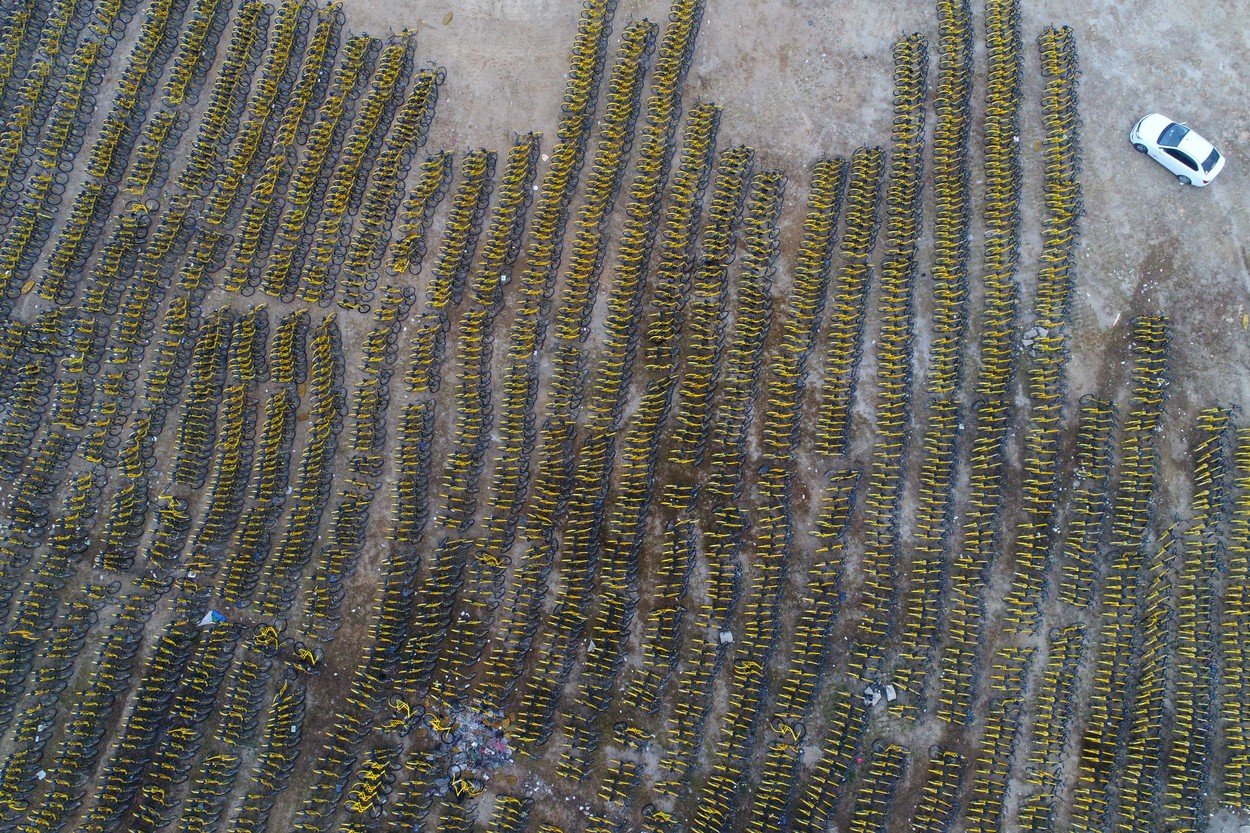 According to a worker in Beijing, there are eight other repairmen working with him, and they can each repair from 25 to 28 bicycles per day. This is far more than the number of bikes they receive each day. However, the bikes that do get repaired are brought to subway stations nearby.

Weight Loss – How to Do It Right

Cycling When You’re Pregnant – What Are the Guidelines?