The hydrogen-powered bike uses fuel cells loaded with hydrogen and air to generate electricity that powers the bicycle similarly to electricity from batteries. With the range of 100 km and refuelling time of only 2 minutes, the H-bikes seem to be an interesting alternative to electric bikes and pedelecs. The only persisting hindrance is a higher price.

There have been plenty rumours about hydrogen-powered bikes coming to mass production in previous years. Recently, we were amazed by the Eco Speed concept envisioned by the Canyon designer Alexander Forst. His futuristic project of a sleek e-bike enhanced with hydrogen battery cells, front and wheel suspension hidden in the frame, and breaking discs fitted on the wheel spikes is promised to hit the bike shops as soon as 2025.

Not sure what will happen in your life in the next seven years? For everyone keen to burn hydrogen a little bit earlier, we have a great news, though. French company Pragma Industries with the history of producing hydrogen power cells for military purposes since 2004, launched a brand new bike transforming the hydrogen stored in a small cell in the frame into electricity.

They already delivered sixty of these means of transport to municipal fleets of the French cities like Cherbourg, Chambery, Saint Lo, and Bayonne. The prices of roughly 7,500 EUR for a bike and some 30,000 EUR for the recharging station are still too high for the average consumer, but the company promises to cut the costs to the level of premium e-bikes. 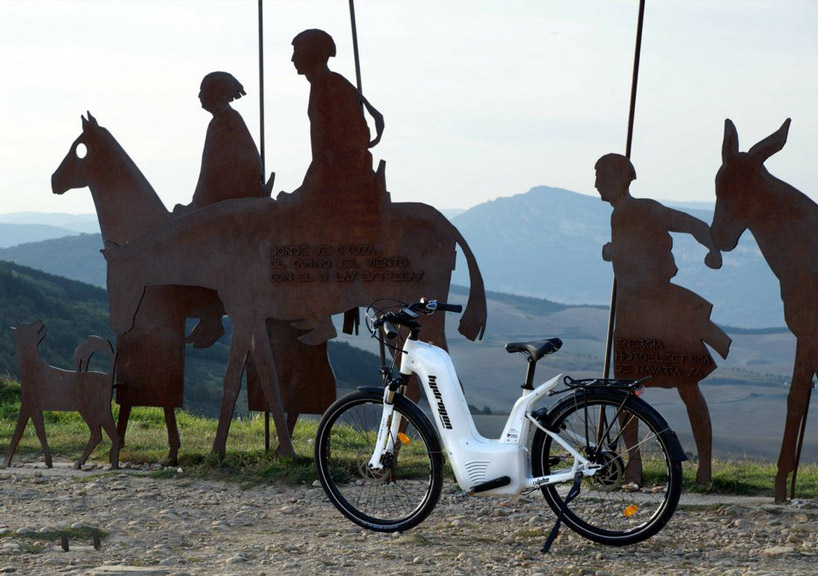 The most important advantage is the process of refuelling which is a matter of no more than two minutes while recharging the classic e-bike batteries normally takes up to four hours. Pragma also offers to build power stations that supply users with hydrogen produced through the electrolysis of water. Actually, one kilo of hydrogen is a source of 600 times more energy than a lithium battery of the same weight.

Already 100 complete Pragma Alpha bikes were sold during the last year to owners from France, Germany, Norway, the United States or Italy. Pragma plans to increase the production to 150 units in 2018. Because of the higher price, most of the owners are bike rental operators or delivery companies but hopefully, we’ll be able to afford them soon too.

Cycling When You’re Pregnant – What Are the Guidelines?