Dancing on the pedals

Getting out the saddle and dancing like Pantani makes you look cool – no doubt about it. But getting dropped by your cycle club doesn’t look quite so cool. Staying sat in your seat is the most efficient way to climb, providing your saddle is set up properly, so keep your butt planted in the saddle.

There are times when getting out a saddle is worth it – if your quads start to burn, you can give them a rest by standing on the pedals, engaging your hamstrings and calves instead. The only other time you should seriously consider it is if you feel you’ve got enough gas in the tank to drop your group.

There is something wrong with a little bump and grind – primarily that it over stresses your muscles in a way that brings little long-term benefit. You may be able to manage an 8% gradient for a couple of kilometres, but over 20 km you’ll start to struggle.

Staying at the same speed

Climbing isn’t just for roadie freaks – it’s the best training for anyone wanting to boost their fitness. For BMX tricksters to MTB downhill psychos, the fitter you are, the more you can focus on the technique, rather than how out of breath you’re getting. So why not combine with intervals?

One-Armed BMX Rider Refuses to Give Up His Beloved Sport

Bursts of speed followed by recovery times will gently stress your respiratory system. Combine intervals with climbing and you’ll do an hours-worth of training in 20 minutes, freeing up time to pursue your other passions.

Tensing up and feeling the stress

When you’re new to climbing, a big hill can be daunting – be careful not to let that stress translate into tense limbs. The quickest way to assess whether you’re tensing up on the climb is check your hands. If they’re gripping the hoods, you need to relax them and chill out. 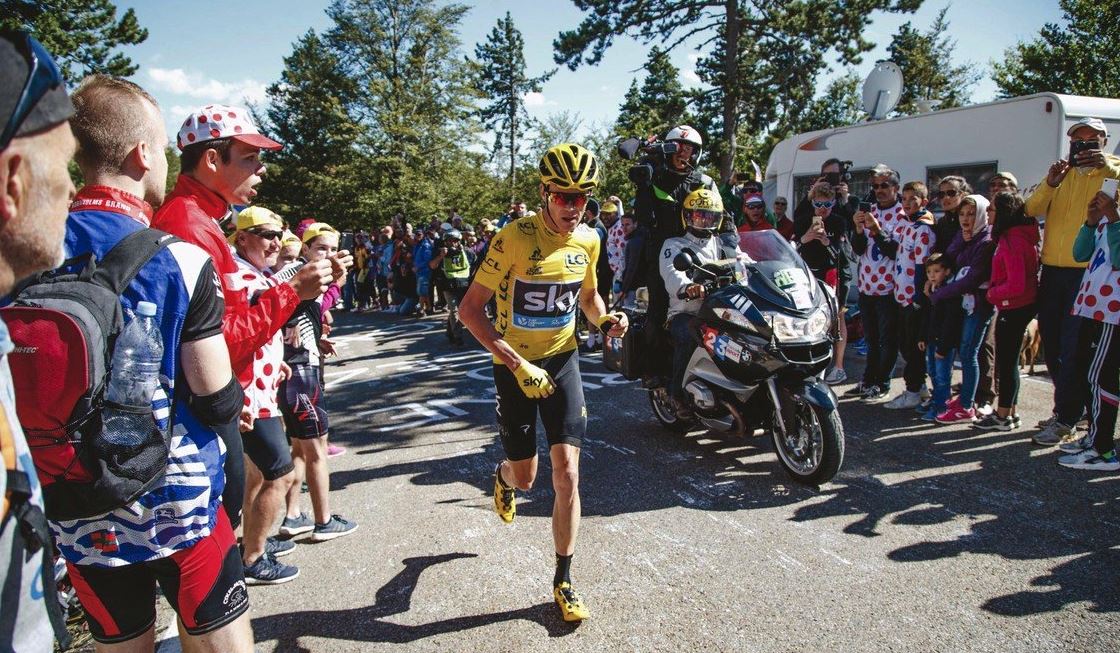 The more cross-training you do off the bike, the more efficiently your body will hold its shape and ensure all the power goes from your legs into the pedals. That means plenty of planks, push ups, and pilates – the better your core strength, the more relaxed you’ll be on the climb.

It literally happens to the best of us. In 2017, Froome told of his ordeal on the Peyresourde where not only did he lose the stage, but he could have lost the entire Tour de France – and this was in spite of having the strongest and most unified team in the race.

Froome described “bonking” – the dreaded loss of energy. “It just felt like a switch had been flicked. From feeling good, I was suddenly empty… lightheaded and weak, really weak in the legs. Every pedal stroke hurt”. Be good to yourself and remember to eat and drink plenty of calories.

Bora-Hansgrohe and Peter Sagan Are Going to Court with UCI

INTERVIEW: Illustrators with Bicycles for Inspiration

Velodrome for Mt. Ventoux and Other Cool News from the World of Cycling