You can hardly find someone who can capture cycling with such a beauty, style, and genuineness as Czech painters Tomski&Polanski. Lukas Tomek and Ilona Polanska create paintings as a duo (not to be confused with a couple) and their works attracted such icons as the production of a Hollywood director Wes Anderson or the Eurosport Channel. What is behind their popularity?

I saw a lot of paintings and products with your drawings that included cycling motifs. What made you interested in the sport?

It came naturally as we both used to cycle a lot when we were younger. Lukas comes from a part of the Czech Republic, which is called Vysočina (Bohemian-Moravian Highlands) and his hometown of Nove Mesto na Morave annually hosts the UCI World Cup in XC mountain biking. During his studies at the University of Art, he had been doing roughly 30k every day on his MTB. 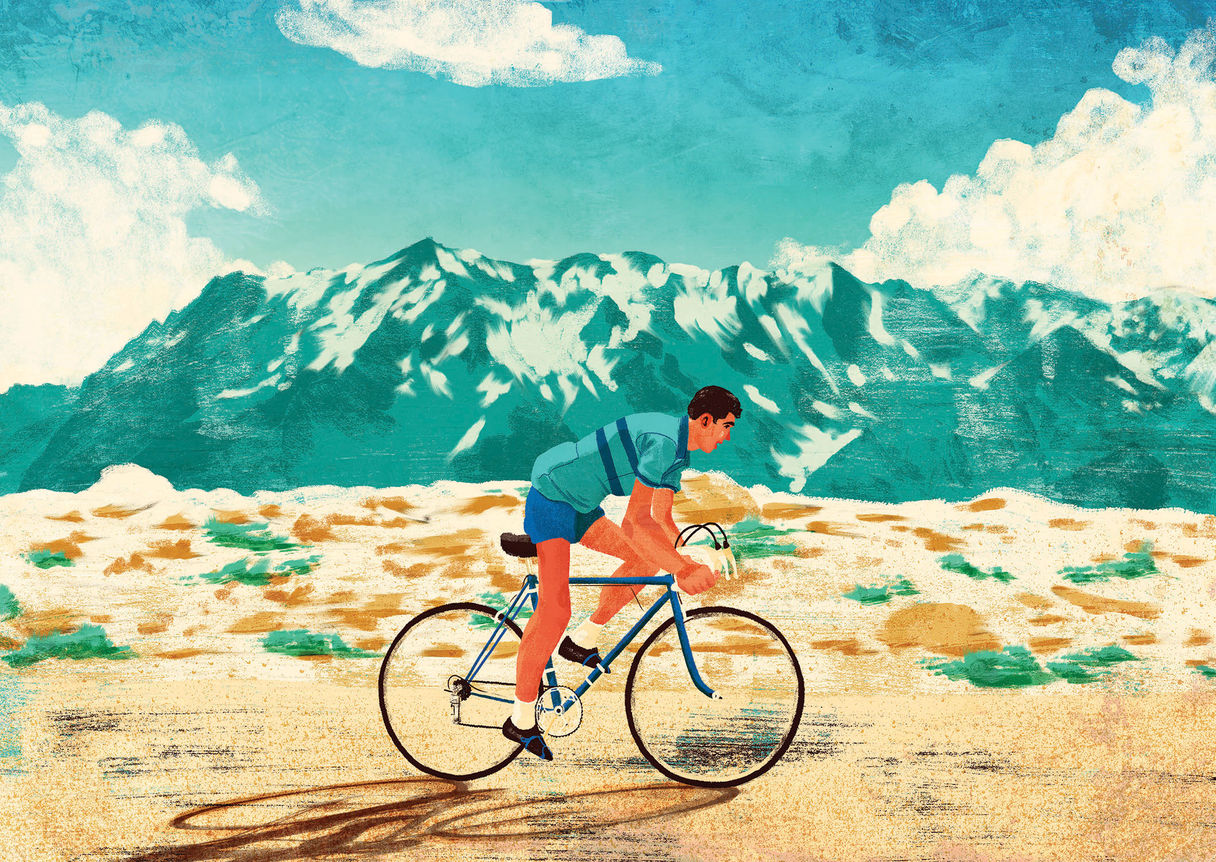 Do you still cycle?

To be honest, we’re more drawing than cycling. Lukas rides a mountain bike when he gets back home as he prefers cycling in the countryside to the busy roads. And I’m (Ilona) actually more cycling pleasure-seeker than an athlete. I hop on my Bianchi and enjoy the outlooks from the saddle.

Ilona, come on, you really own a Bianchi bike?

Of course! I know that this way I could resemble a real racer but, in fact, I’m more a cycling explorer. My boyfriend has a small company that builds handmade frames and so he says I also need to have the best as we’re both hanging around a lot of avid cyclists. 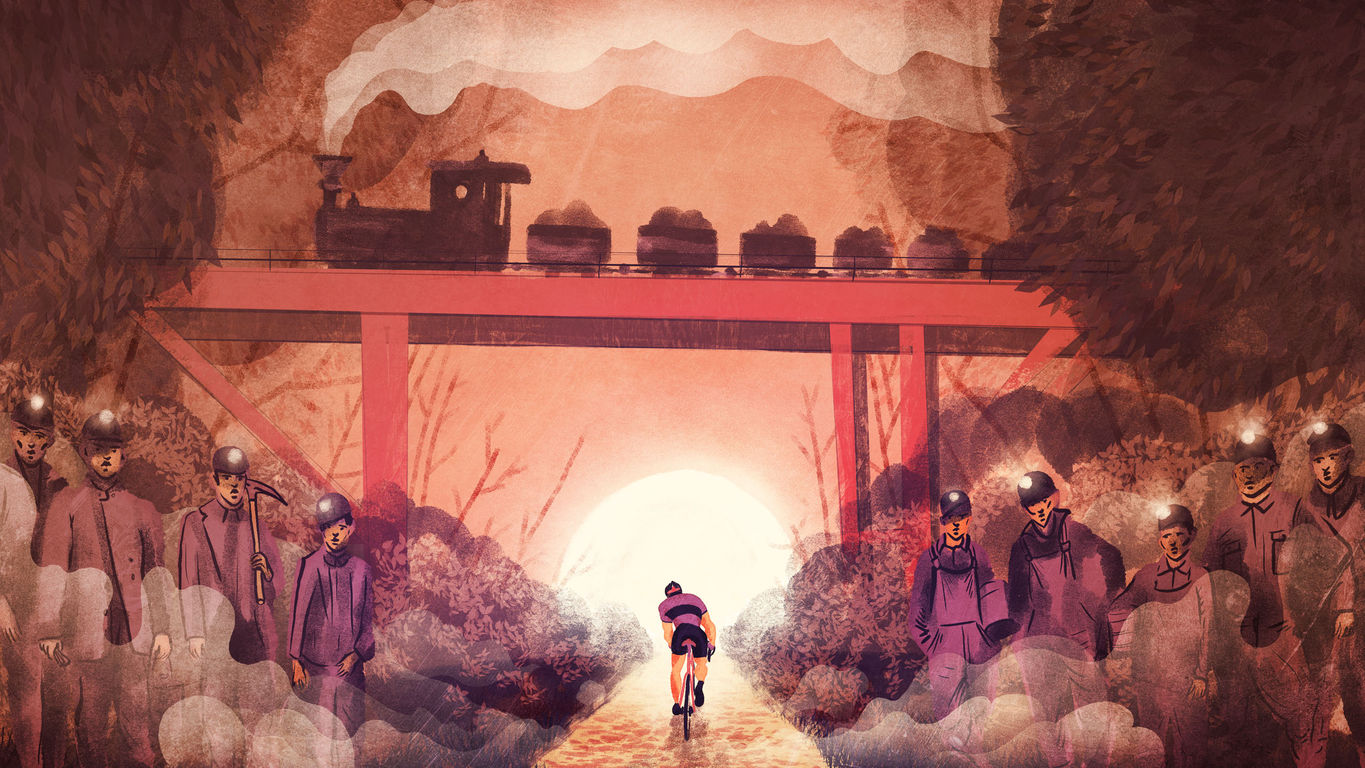 Do you watch big tours on TV?

Of course. When there are races like Giro d’Italia or the Tour de France on TV, we are happy to sit down and watch live broadcasting. As you look closer, you find incredible micro stories hidden in the background of the events. Especially, Paris-Roubaix is so fantastic that it inspired us to create two big posters of which one was chosen to illustrate a story published by the Eurosport’s official website.

How did you get in touch with the Eurosport Channel?

It was similar to what happened to us with the production of the director Wes Anderson for whom we created visuals promoting his movie The Grand Budapest Hotel at the Winter Olympic Games in Torino. Once again, somebody discovered our works posted on Behance.net and decided that our style of drawing would perfectly match the feature that was supposed to depict the legendary race from Paris to Roubaix.

What was your main motive?

The event itself is held in a fascinating landscape. On the poster, we linked the history of the mining area to the contemporary racing. When looking at the painting, you can see tough countenances of ancient miners watching modern competitors. The atmosphere of the picture should evoke the hell, which, in fact, the race held mostly on cobblestones usually is.

It’s possible to order the posters on your website – to which countries do you ship the most?

Cycling themes are very popular in all the countries with a strong cycling tradition like Italy, Germany, Switzerland, Austria or France. 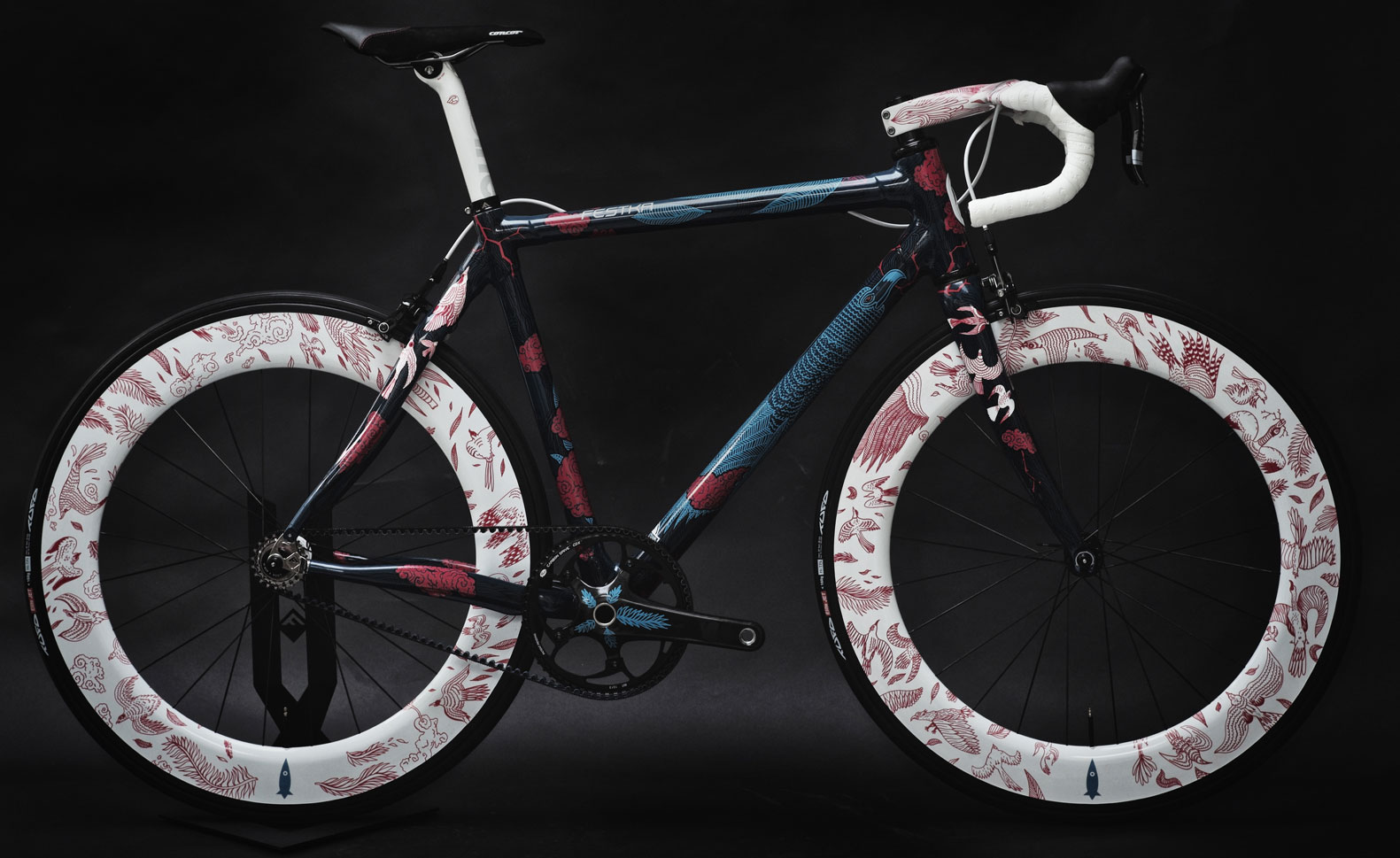 Have you ever thought about creating your own design for cycling jerseys or gear?

We have created jerseys for the Czech company Festka, which manufactures handmade road bike frames. We designed not only the whole biker suit for them but also drew the complete design of one bike. It was the first thing that catapulted us into cycling scene as this project was met with a huge success. There were about six hundred articles published about this bike because guys from Festka brought that piece to an exhibition in Seattle where it instantly became an eye-catcher. Actually, it was one of the first custom painted bikes created by the company and is now safely stored at their Prague headquarters.

Do you have some fresh cycling motifs in mind?

Yes, we do. We drew a series of portraits of famous people coming from our geographical area including outstanding politicians, scientists or businessmen and we have an idea to picture Peter Sagan’s triumphant ride. Hated by some and loved by others, Peter is a strongly controversial personality, which makes him an attractive object for both media and fans. His attendance is like a spice that brings more flavour to the race. Circumstances of his life write strong stories and we’re looking forward to put them on the canvas.

The No. 1 Dietary Bad Habit

Velodrome for Mt. Ventoux and Other Cool News from the World of Cycling