How does training the body to utilize fat as a fuel benefit the average cycling enthusiast? From previous articles we know that we carry around a lot more energy stored as fat than as carbohydrates, and that we can improve our health by not overusing carbs. Now, let’s look at some advantages of fat adaptation for training and racing.

There is a growing body of evidence proving that high-fat, low-carbohydrate diets help with faster and more permanent weight loss. A diet high in fiber and fat, moderate in protein, and low in carbohydrates (especially processed ones) is very satiating, so you won’t need to feel hungry and consciously restrict calories during the off-season to stay close to your race weight.

Being dependent on carbohydrates as the major energy source during exercise has its limitations. We only have a limited supply of them, and depletion results in hypoglycemia, or in other words, bonking. When we increase our ability to utilize fats for energy, we reduce the need for carbohydrates, our carbohydrate stores last longer, and it’s easier to avoid the dreaded bonk.

Save money on energy gels and bars

Fat-adapted athletes are able to fuel their muscles at moderate intensities almost exclusively with fat. They only need carbohydrates to maintain brain function. In practice, this means that almost no energy gels are necessary for long, grinding training sessions. Just consider all the money you would save on portable fuel you wouldn’t have to buy. It can add up to a new bike over a couple of years.

Reduce the likelihood of gut and stomach issues

Like everyone who ever tried properly fueling a long, intense ride, you are no stranger to gut issues. Large amounts of carbohydrates during a long race often don’t sit well with our digestion. Fat adaptation reduces our dependency on carbohydrates, or in other words, energy gels and bars. Less fueling equals less stomach problems.

Studies show that being in a state where carbohydrates are not readily available vastly enhances lipolysis (fat-burning efficiency), aerobic capacity and muscular endurance. A study from 2014 summed up the practical use of fat adaptation for athletes very nicely.

“It can be concluded that long-term, high fat diets may be favorable for aerobic endurance athletes, during the preparatory season, when a high volume and low to moderate intensity of training loads predominate in the training process.” 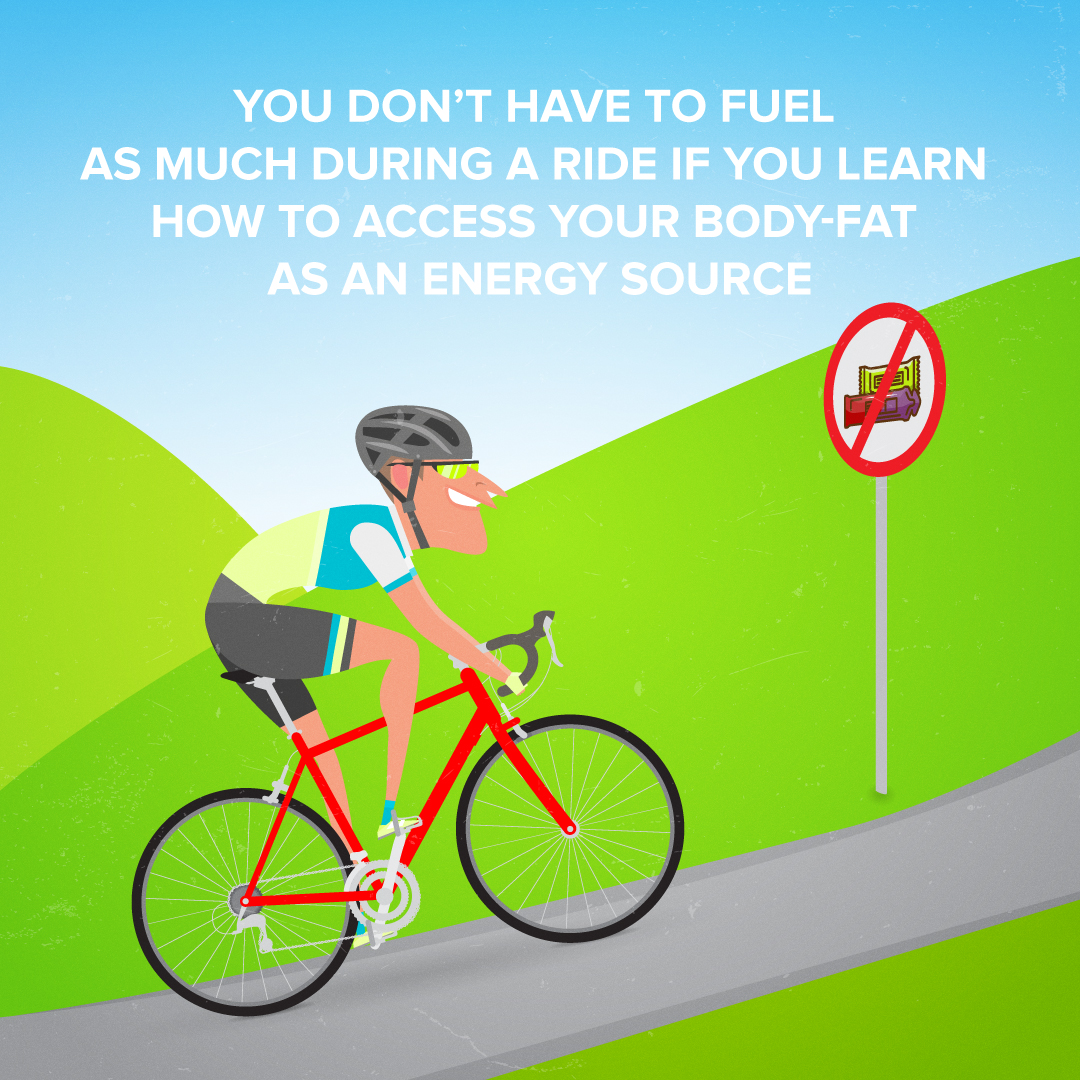 Read the rest of this series HERE.

A Diet Goal for the Off-Season: Become a Fat-Adapted Cyclist

Why Fat Is the Superior Fuel for Endurance Sports