If Le Tour 2016 was cinematic, Le Tour 2017 is a route shrouded in history. Mont Ventoux is notable in its absence given the 50th anniversary of “Major” Tom Simpson’s death. The tour is noticeably less English – we can only speculate as to why time trials are so short as to be insignificant. So what does 2017 offer the velo-fan?

Don’t let the lack of category 1 or 2 climbs fool you, 2017 will be full of pain. It looks like tour organiser Christian Prudhomme has asked his Route-Finder-General, Gouvenou, to find climbs that will tax teams rather than individuals.

All five of mainland France’s mountain ranges have stages carved across them – for the first time in 25 years. Stage 18 will feature a mountain-top finish at high altitude in the Col D’Izoard. The terrain at once alien, but familiar to cyclists – the rocky and hostile landscape an evocative nod to Ventoux.

If you want to see history made, tune in to 2017. The last two years have seen sprint finishes increase by 2 in number, and the trend has continued. Next year will feature 9 stages flat enough to tempt the likes of Cavendish. Although Cavendish stands on the cusp of greatness to surpass The Cannibal, he’ll need to keep an eye out for young pretenders like Sagan who want to make a name for themselves.

The climbs in 2017 require teams to stick together and bully the peloton – something that Team Sky seems to relish. But the smart money is on Quintana and Movistar, whose 2016 season seemed to go exactly according to plan, exploiting a spent Chris Froome in the Vuelta. 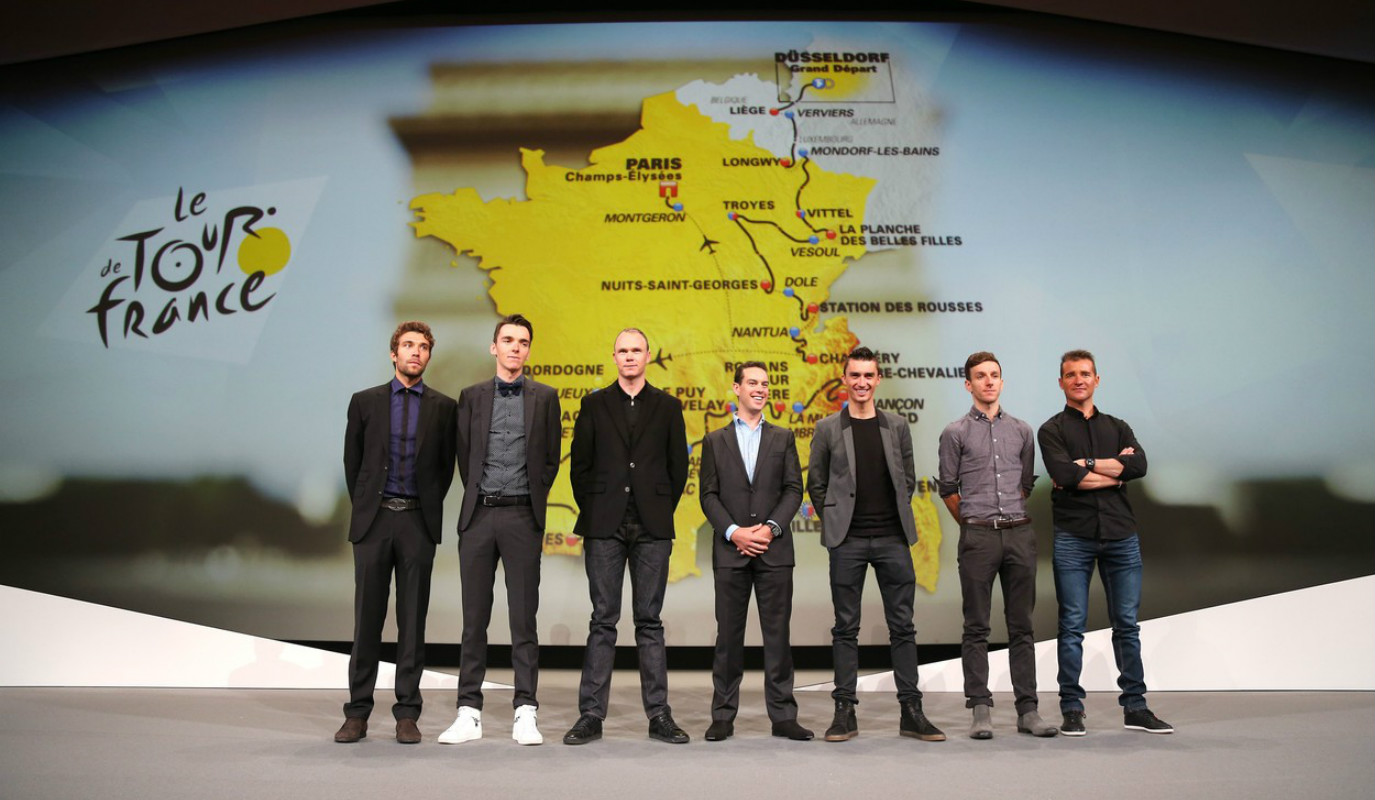 Le Tour 2017 demands planning and, above all else, patience. BMC’S Richie Porte responded to the route saying, “homework and training starts now”.  In a tour where much of the terrain is uncharted, if you don’t do your homework you’ll be dropped quicker than Cavs on a climb.

18 Photographs of the Very First Tour de France in 1903