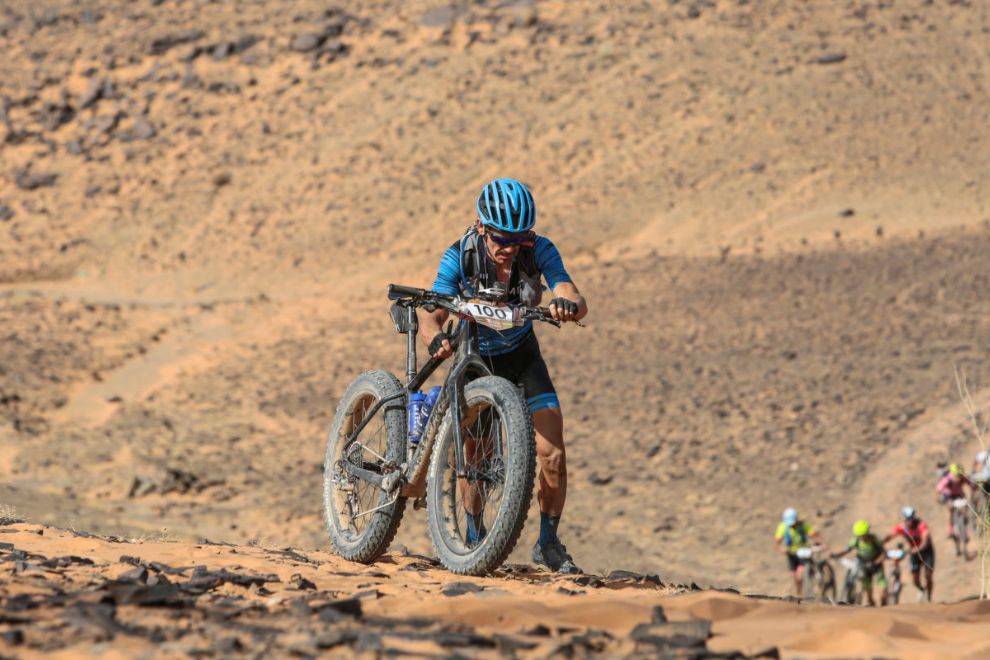 Some cyclists are happy with the typical disciplines like road, MTB and time trial – and some love to willingly subject themselves to a little extra suffering. Filip Adel, a current Superior Team racer, is one of those. As one of the former participants of the ŠKODA Titan Desert, he was kind enough to sit down with us and draw aside the curtain on the inner workings of participation in such a niche event.

About 700 participants show up at the starting line annually, looking for a unique experience and an out-of-the-ordinary challenge. The race has six stages over six days, from May 8 to May 13 this year, and each stage ranges between 80 and 140 km. The nights are spent in a huge shared bivouac amid the dunes, nomad-style. It should now be more than clear that such a very specific race needs very specific advice.

Firstly, we wanted to know if there was something Filip did or didn’t take and subsequently regretted, as each racer is only allowed things they can carry themselves the whole time. “I didn’t bring a mattress or an inflatable camping pad to sleep on for the marathon stage. The ground was very rocky and not much to sleep on. Marek Rauchfuss, whom I did the race with under We Love Cycling’s colours, finished about an hour ahead of me that day. In that time, he had learned from the other racers that they were gathering straw to put beneath them and picking up various sticks. That didn’t work out so well, though, and I eventually found some blanket that cats were rolling in, so I somehow survived, along with about a hundred other racers in one tent,” Filip says, smiling as he remembers those harsh nights.

Regarding mandatory equipment, besides sat nav, and certain gear and bike components, it is also essential to go into each stage with three litres of fluids. This is also checked at the start of each stage. And what does Adel’s set-up look like? “In the race, I carried a small Camelbak on my back, which, besides liquids, also held basic stuff to repair my bike. Under the saddle, I carried a small pannier with a spare inner tube and a few wicks. Overall, though, it was nothing heavy. For the marathon stage, I carried only a light sleeping bag, a toothbrush and shorts to sleep in. It was extremely hot at the time, so I didn’t even use the sleeping bag. Overall, it’s good to keep the bike as light as possible, every extra kilo is noticeable,” he notes. There are also refreshment stations at each stage where the rider can refill their fluids, but besides that, you’re pretty much on your own.

Circling back to the abovementioned sleeping bivouac, Adel, once again, recommends an inflatable camping pad, which takes up little space, and then only the essentials – sleep shorts, a toothbrush and some soap. “After the stage, everyone washes their clothes in the shower for the next day. But it’s good to keep an eye on the weather forecast to see what the temperature will be like in the sleeping destination. According to that, I would take a sleeping bag or some warmer clothes to the marathon stage,” he clarified.

And as human beings also appreciate other kinds of support during hard times, especially of the psychological kind, we had to ask Adel about any keepsakes or talismans he holds dear when facing the unforgiving dunes. “I wear a necklace from my girlfriend with the letter K around my neck, it’s kind of my lucky charm,” he said.

Save the dates and don’t forget to tune into We Love Cycling, as we will be covering the ŠKODA Titan Desert so closely that you will be able to experience it vicariously through the eyes of the racers and the on-site supports crews in ŠKODA cars!

The Definitive Guide to Navigation in the Desert 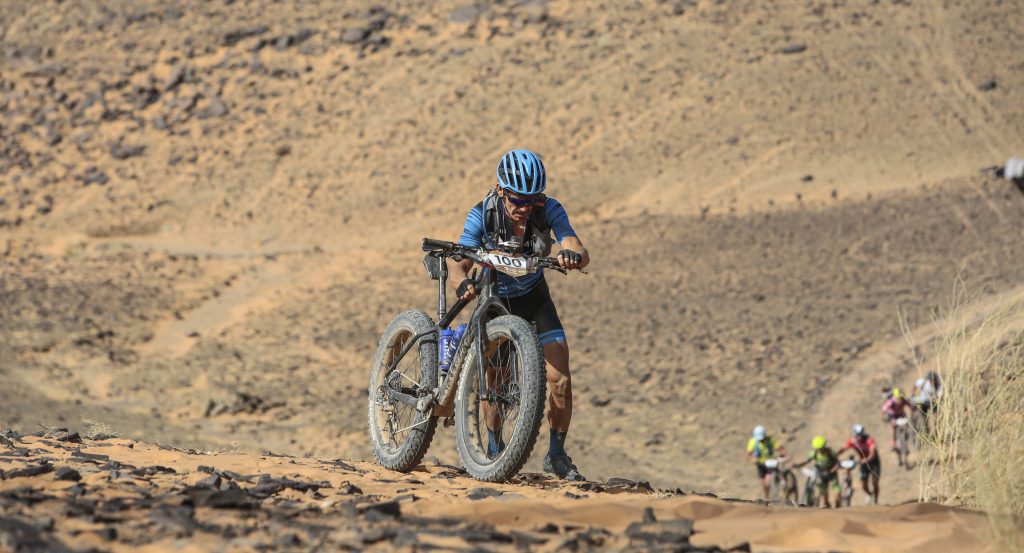