Set between the formidable Atlas Mountains and the Sahara desert in Morocco, the unique mountain bike race has been taking breaths away from racers and spectators since 2006. If you haven’t heard of the event yet, mark down May 8th – May 13th in your calendar, as this is something you cannot miss.

The race is divided into six stages, each of them averaging about 100 km in length. Some are longer than others, so the participants may ride 80 km one day and 140 the other. In general, the route takes the riders through the dunes of the desert as well as up the demanding climbs of Atlas mountains. Unfortunately, we can’t share the route specifics for this year. The desert likes to keep its secrets and will only reveal them two weeks ahead of the start.

Since its first edition, the Titan Desert has seen over 5,000 racers joining the race, including the best Spanish cyclist of all time Miguel Induráin. The spectators could also enjoy watching the legends Roberto Heras, Melchor Mauri or Sylvain Chavanel riding for the Titan win.

Josep Betalú (Spain), also known as Master Titan, is the first and last rider who claimed four consecutive wins in the event. Only in 2021 did Konny Looser (Switzerland) manage to take the title away from the Spaniard.

The list of Titan legends includes Anna Ramírez who won the women’s race three times, becoming the most prominent female rider of the event’s history. In 2021, she has been replaced by Ariadna Rodena, one of the great surprises of the race, as she claimed the victory right with her first appearance at the event.

For the riders, the story doesn’t end with a stage finish; it lives on in the camps where everyone’s equal. Surviving under the same harsh conditions and sharing the nomadic bivouac transcends the sporting element and results in the forming of an unforgettable team spirit.

The bivouac itself is by no means a joke. To accommodate about 700 participants, each night the support team assembles a bivouac of 24,000 m² to allow the Titans to regather their strength.

The Titan Desert is not a mere competition of racing individuals: this is a challenge of a man versus nature. It tries the physical endurance of its participants along with their navigation skills and the ability to succeed in a truly demanding arid environment. The race prides itself on the unmistakable Titan spirit pervading the whole event. 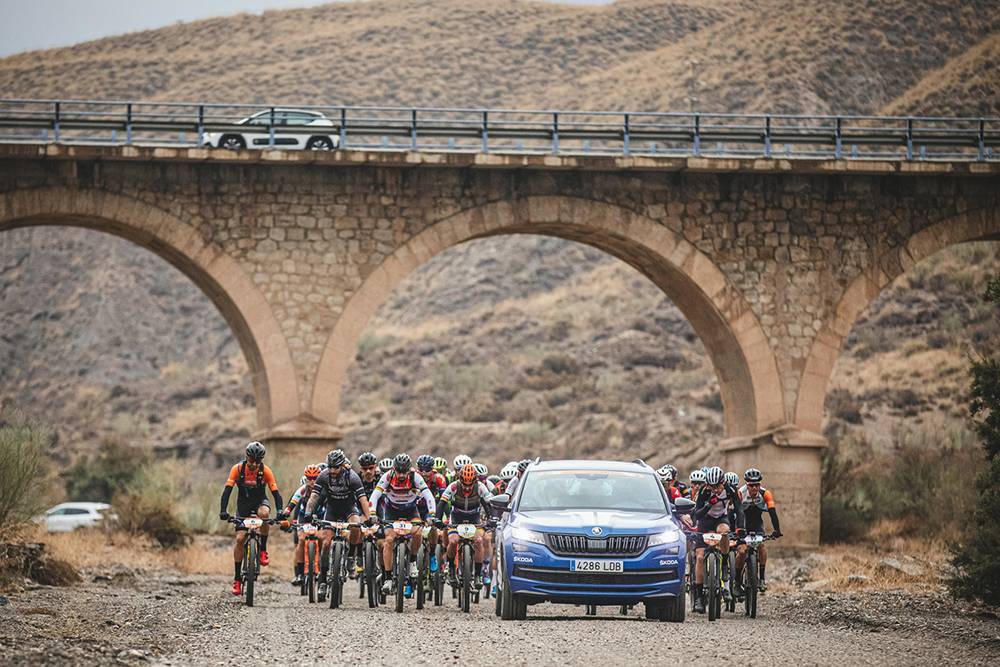 Become a Titan with Škoda

As a proud partner of Titan Desert, Škoda strives to keep the genuine Titan spirit. The Škoda Adventure classification is a true challenge, daring the participants to prove their skills with less assistance, relying mostly on themselves and the support of their two-wheeled companions. 23 Things That Are the Bane of All Cyclists