In her 1914 book, American novelist Mary Hunter Austin described the State of California as “the land of the sun” and this description still very much applies today. A quick online search will show you gorgeous pictures of sunny beaches, the snow-capped Sierra Nevada, and countless Coastal highways and sinuous roads parceling the West-Coast.

What are the organizers’ choices of routes and how are they integrating within the World Tour calendar?

We know that riders who come to California to compete in the Amgen Tour of California are some of the most skilled in the world, and often use this as a prep for the Tour de France and other European-based World Tour races, so we always seek to have a balance of stages which fit sprinters, climbers, and those competing for General Classification.

That said, we’re thrilled to have some of the world’s best sprinters joining the race this year, including Mark Cavendish, Peter Sagan, Marcel Kittel and Alexander Kristoff, and are looking forward to seeing how it plays out (as are so many cycling enthusiasts both in the States and in Europe).

It is well-known that Europe is a hotbed for the sport of pro cycling and, in this context, it is hard to compare fans’ level of enthusiasm toward its athletes and their teams with anywhere else. We cannot but see the sheer lack of general onlooker participation during ToC (i.e. people on the side of the roads) if compared to similar events in Europe. Yet, the North American bicycle market is one of the largest in the world. Of course, some stages do attract a lot of fans but it is still not the case overall. Why is that in your opinion?

We’re proud that fan attendance has grown every year for the Amgen Tour of California since its inception in 2006. While along some of the route’s more rural areas you don’t see massive crowds, we draw hundreds of thousands of fans annually, with increasing attendance each year, with more than two million cycling fans who will see our race live, on the Tour Tracker app, and on NBC Sports here in America.

We’re also excited about the trajectory we’re on. As cycling is on the rise in North America, and as the largest men’s and women’s cycling event in the United States, we view the Amgen Tour of California as a catalyst for people becoming more enthusiastic about the sport.

This year, look for lots of fans on the arduous climb up Gibraltar Road at the finish of Stage 2 and with more than 7,700 feet (2,347 meters) of elevation to conquer, you’ll see some of the most passionate fans along the entire climb, waiting for their favorite riders to pass and running with them for a while, many in costumes as you’d see with some of the more notable European-based races.

What is your 5-years plan for the ToC? What do you see the event going towards?

As mentioned earlier, we’re thrilled to continue to attract some of the premier riders in the sport every year, and we anticipate this trend will continue as we look for ways to give riders interesting and challenging courses that prepare them for large races later in the year. Our partnership with ASO is strong, and we look forward to continuing our synergy to find ways of expanding the race, knowledge of, and passion for it with fans both here and abroad.

Although there are still but a few pro North Americans revolving in World Tour Events, we are seeing some amazing results from athletes such as Taylor Phinney and Ms. Coryn Rivera among others.

Absolutely! We’re the only domestic World Tour event on the calendar in North America, and we know that there are so many young North American riders that are proving themselves on the world stage, like Coryn, Taylor, and the Amgen Tour of California’s Best Young Rider from 2016, Neilson Powless, along with riders like Evan Huffman who took two stages of last year’s race.

Could you tell us of what you see as a really positive thing happening in North American pro cycling?

It’s on the rise! People are turning to cycling not only as a fantastic exercise vehicle and workout, but also for daily transportation. We also see a fantastic group of young North American riders that have taken an interest in the sport. The future definitely looks bright. This is specifically evident as in our second year as the Amgen Tour of California being part of the World Tour, three teams chose to elevate their classification (and overall program) to Pro-Continental this year in order to be eligible to race in the 2018 Amgen Tour of California and other important races.

Any room for improvement?

While we’re thrilled with the growth of our race we are always mindful of how to grow it to with both our existing and new audience, introducing more people to the world of cycling. One area we’re looking to further expand is how we work with the host cities to really drive enthusiasm amongst a younger audience. We’ve already done this a few ways, such as launching a school program in partnership with Amgen to educate and excite kids about cycling, having local school children create custom art for riders, lining up along the route to spell out the city name (captured by the broadcast helicopters above). 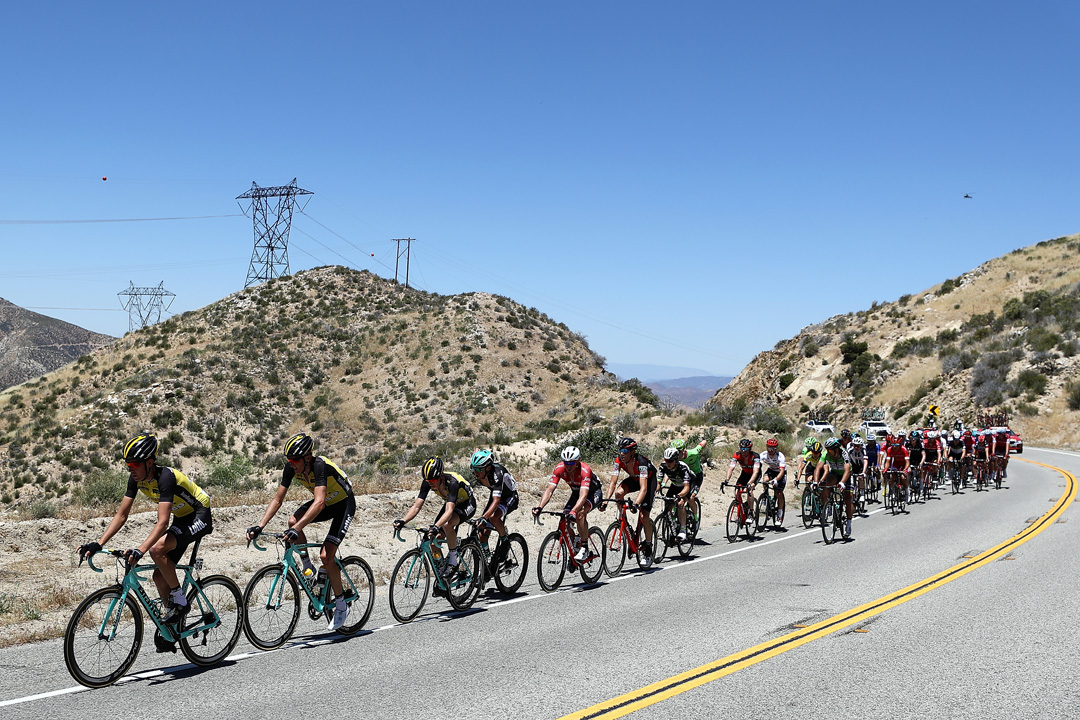 This race, and North American cycling in general, is something so many of us are passionate about, and it’s a race we’re always looking to take to the next level.

Beyond the race itself, we see the Amgen Tour of California as a platform to promote living a healthy lifestyle. During each stage, we have a Lifestyle Festival, a free event where fans and the community can learn about ways of incorporating cycling into their daily routine, the health benefits of being active, how to live a more healthy lifestyle, and so much more.

177 Years And Still Cycling: This Couple Finished 1000 Miles on a Tandem