Do you simply love to hunt those trails and scenic bike routes but they’re quite the distance from your home? Are you lacking a car to get there or you fancy a train trip but most trains can get quite bike-crowded, especially in summer? Japan, as always, has come forward with a solution.

The East Japan Railway Co. (JR East) heard the prayers of the cycling-addicted nation and deployed a special weekend train from Tokyo to Chiba Prefecture that was created with bicycles in mind. Japanese railway companies are not generally opposed to taking your two wheeler on board, but they require you to take it apart to a degree or, as is the case with JR East, put it in a special bag called “rinkobukuro” to prevent staining other passengers’ clothes with chain grease or dirty wheels. The new six-car train, dubbed B.B. Base, is fitted with dedicated clever bike hooks and can seat up to 99 people with their rides.

Chiba Prefecture is a popular cycling destination because the roads are generally flat, well maintained, and the climate is mild so JR East’s Chiba branch decided to let the cyclists from the capital and adjoining areas have an easier access. “We hope to have many people on board (the B.B. Base) to increase visitor numbers to the prefecture,” said Naonori Kyoden, the branch’s manager. Also, this is not the first cycling-friendly endeavour this particular JR East’s branch engages in – they’ve been co-sponsoring cycling events and triathlons around the peninsula for years. This special means of transport is in operation since January 6, 2018, and dons a special white paint job featuring grey and silver bicycle outlines so you know exactly what to look for at the Ryogoku station, which was selected as the starting point because of its platform’s slopes suitable for wheels. B.B. Base stands for Boso Bicycle Base – “base” signifying the train should function somewhat as a hub for travelling cyclists. 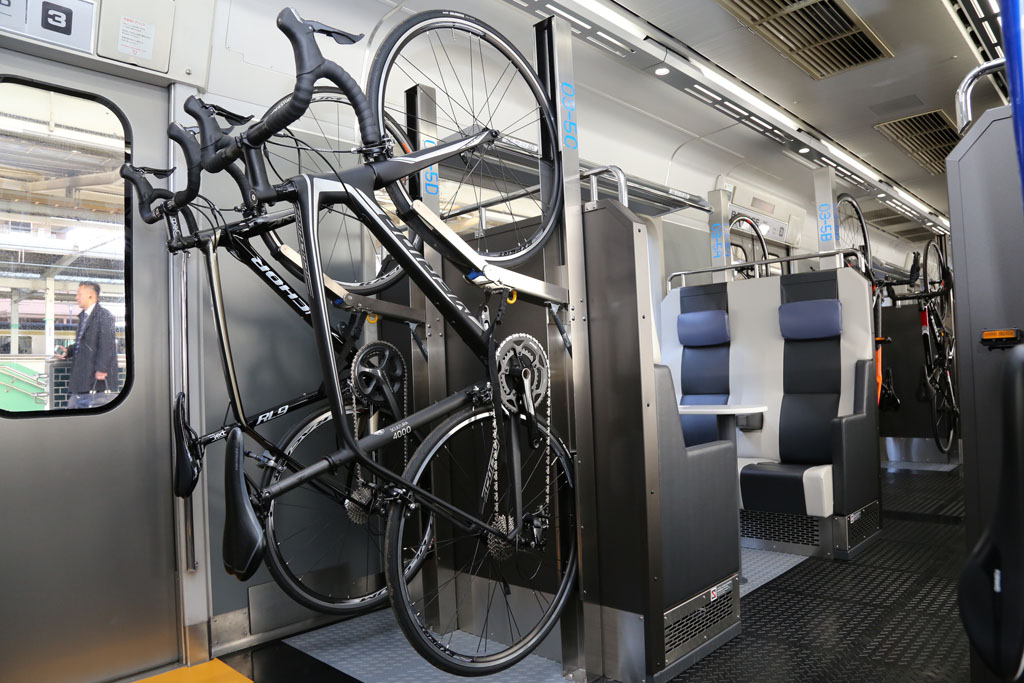 JR East is offering one-day return trip packages, starting at 48 EUR, to different parts of the prefecture, using the Narita Line, which reaches the easternmost city of Choshi, the Uchibo Line along Tokyo Bay or the Sotobo Line along the Pacific coast. Other tour packages include hotel stays at different destinations. Good thinking, Japan!