VIDEO: Canadian Man Draws a Huge Fat Bike in the Snow Because Why Not

An outline of a humungous fat bike appeared over the course of just a few days under the noses of the residents of Winnipeg, Canada. The culprit behind this snow creation is Tom Kolesnik, an enthusiastic cyclist from the Kingston Crescent area. Not only he had the desire to make his love for oversize-tire bikes larger than life but he also wins at being a great neighbour.

Every winter, when the local Red River behind his house freezes over, Tom makes a crossing for all people living there, using the frozen stream as a shortcut. But why the fat bike shape?

“Rather than people cross the Elm Park Bridge, I build this crossing. This year, it’s in the shape of a fat bike laying on its side, as if it’s riding down the river. It’s a fun thing that I kind of got carried away with. It’s huge.”

For measuring and outlining the bike frame and the wheels accurately, he used ice screws and his old ice-climbing ropes, which he used as a measuring tape and a ruler. For the finishing touches, he used a Christmas present from his wife – a DJI Mavic Pro drone – so he could curate the image from bird’s-eye view. After a bit of work with the shovel, he pulled the final trick out of his sleeve. 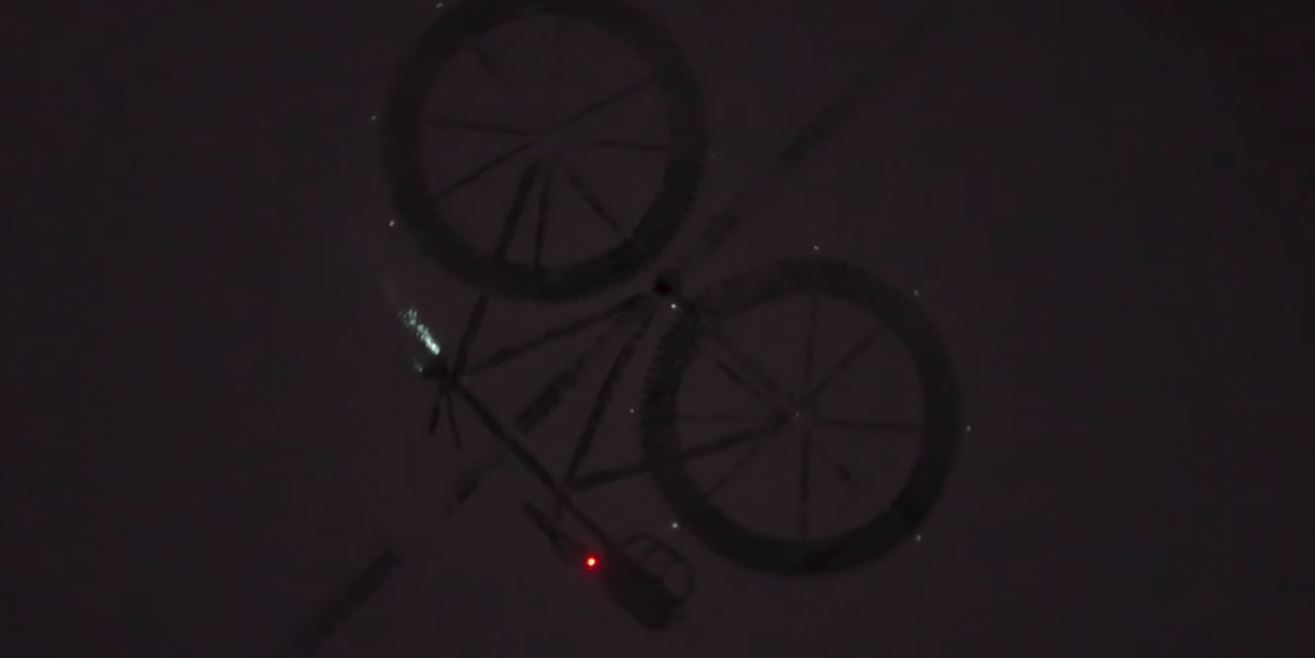 “I made a few corrections and then broke out the snowblower and snowblowed the whole thing out. It took me about three and half days – it was a lot of work,” Tom shared. We appreciate both the meticulous execution (check the light beams shinning from the headlight) and the neighbourly intentions.