The world has grown more dangerous but cycling is becoming safer every year thanks to new technology. It’s being developed in part to accommodate the growing number of cyclists on the world’s roads, tracks and mountains.

Is there a perfect helmet? Probably not yet but we’re getting closer. The Nutcase Vio, for example, is an impressive product of creative engineering and design. It is equipped with a Multi-Directional Impact Protection System (MIPS), which allows the innermost layer of the helmet to move slightly within the shell. This dissipates energy in a crash and reduces the risk of injury to the brain from rotational forces to the head. 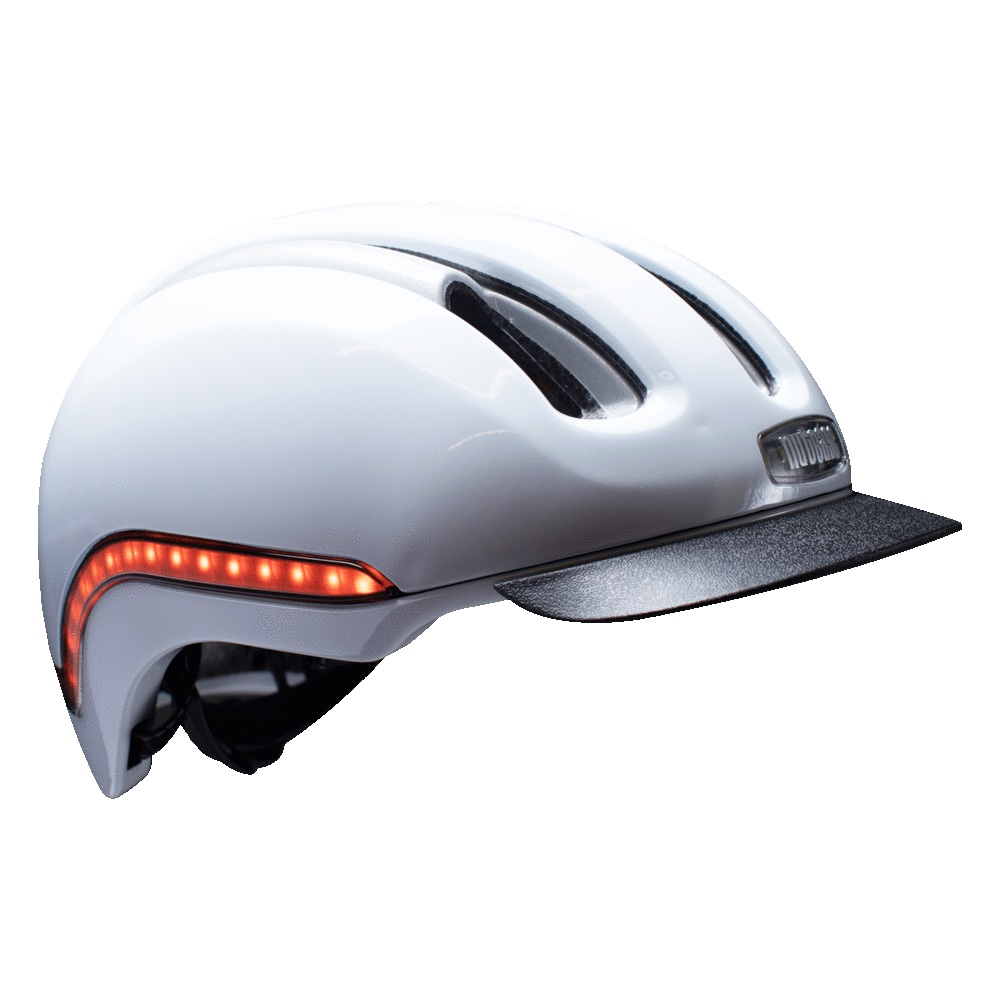 The helmet comes with orange and red LED lights on the sides and back that produce 65 lumens of light, which is about what most bike-mounted taillights put out. The Nutcase logo on the front also lights up as a 200-lumen LED headlight, which suffices for night cycling on streetlamp-lit city streets. The lights provide 360 degrees of visibility to drivers and other cyclists at night and in bad weather, last for three hours before needing a recharge via a USB cable and they can flash, glow steadily or pulse slowly.

The Vio goes for $150 at Nutcase or €152.99 on Amazon. (Nutcase also offers a broad range of kids’ bike helmets in beautiful designs for about €80, also on Amazon.) 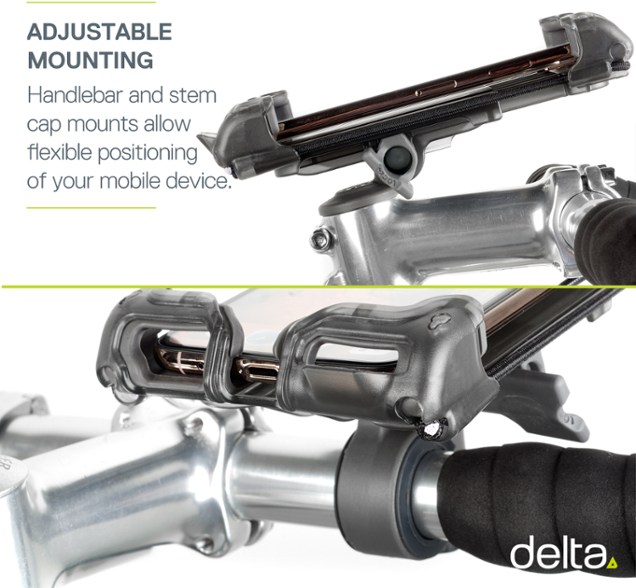 If you depend on your phone for directions when cycling, having a bike mount to hold the phone will keep you from needing to stop every few minutes to check if you’re still where you need to be. The Delta Cycle XL Smartphone Holder Bike Mount is affordable and easy to install – and it can accommodate even the largest smartphone and its case. It also comes with a plastic bag to protect your phone from the weather (if it’s not weather-resistant). It is very stable and holds your phone in place over the roughest terrain. It costs $30 at REI Co-op. 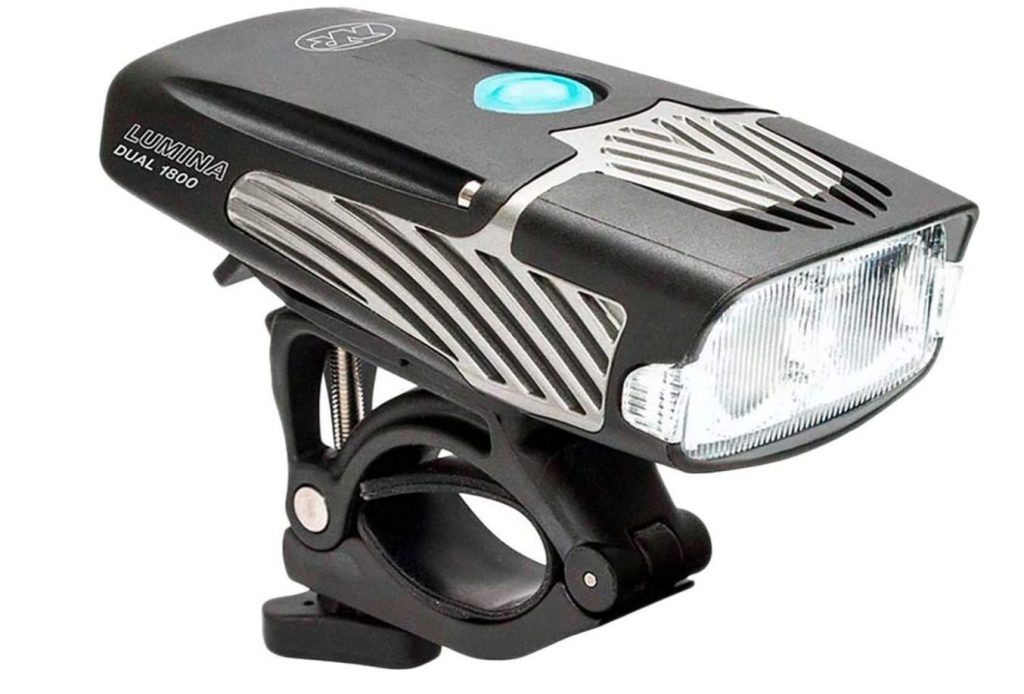 As the bicycle becomes a more popular mode of daily transportation, more people are cycling at night. If you ride at night, you know how important a good light is to your safety. The NiteRider Lumina Dual 1800 is lightweight, bright and easy to mount on the helmet or handlebars. At the second-brightest setting (1,500 lumens), it provides nearly two hours from its rechargeable battery. Amazon currently sells it for €134.92.

NiteRider also sells a powerful, easy-to-mount 300-lumen taillight that sells for €42.12 on Amazon. 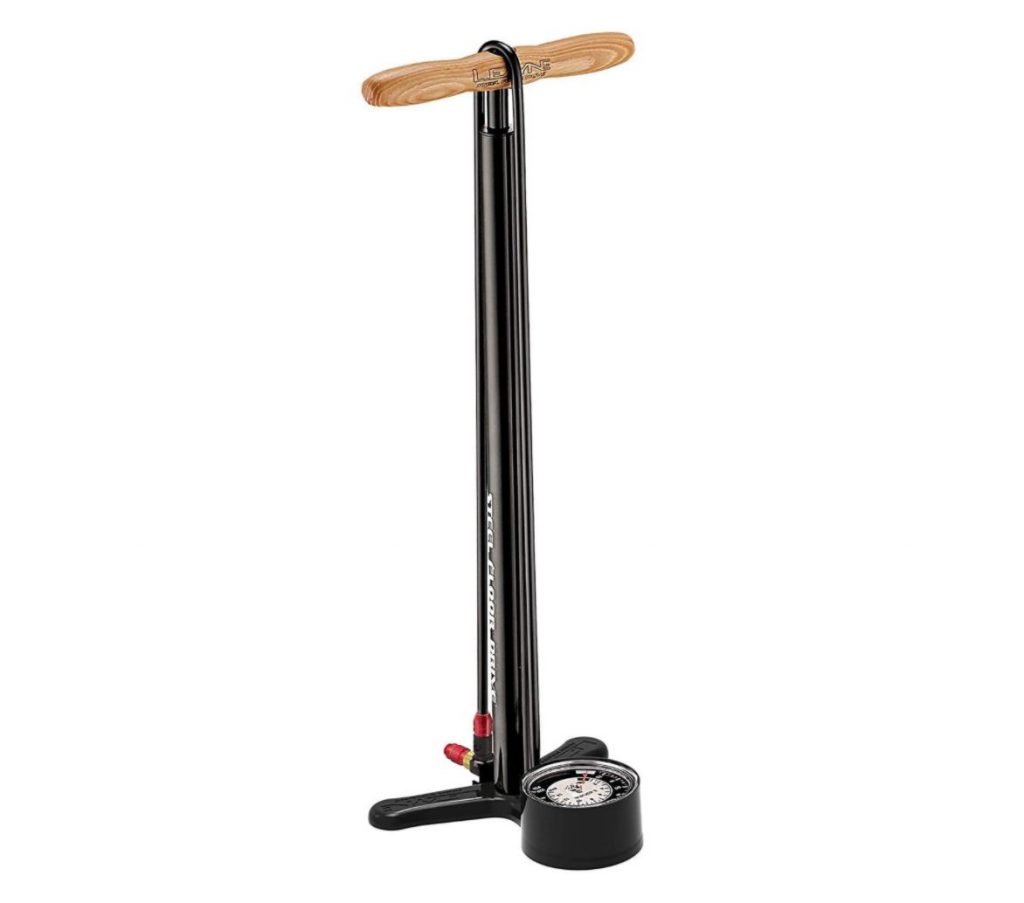 If you’re a serious cyclist, you’ll probably want a serious tyre pump, and the Lezyne Steel Drive Floor Pump is a serious piece of equipment. It can pump up tyres to 220 psi, which is more than enough for any bike. It has a third leg for extra stability and a large, easy-to-read air pressure dial. The chuck screws onto the valve, rather than just popping on as most pumps’ chucks do. It’s a little slower but it won’t slip off while you’re pumping. The company also sells the parts to fix the pump if something breaks, meaning that it may be the only pump you’ll ever need. Only €50.59 at Amazon. 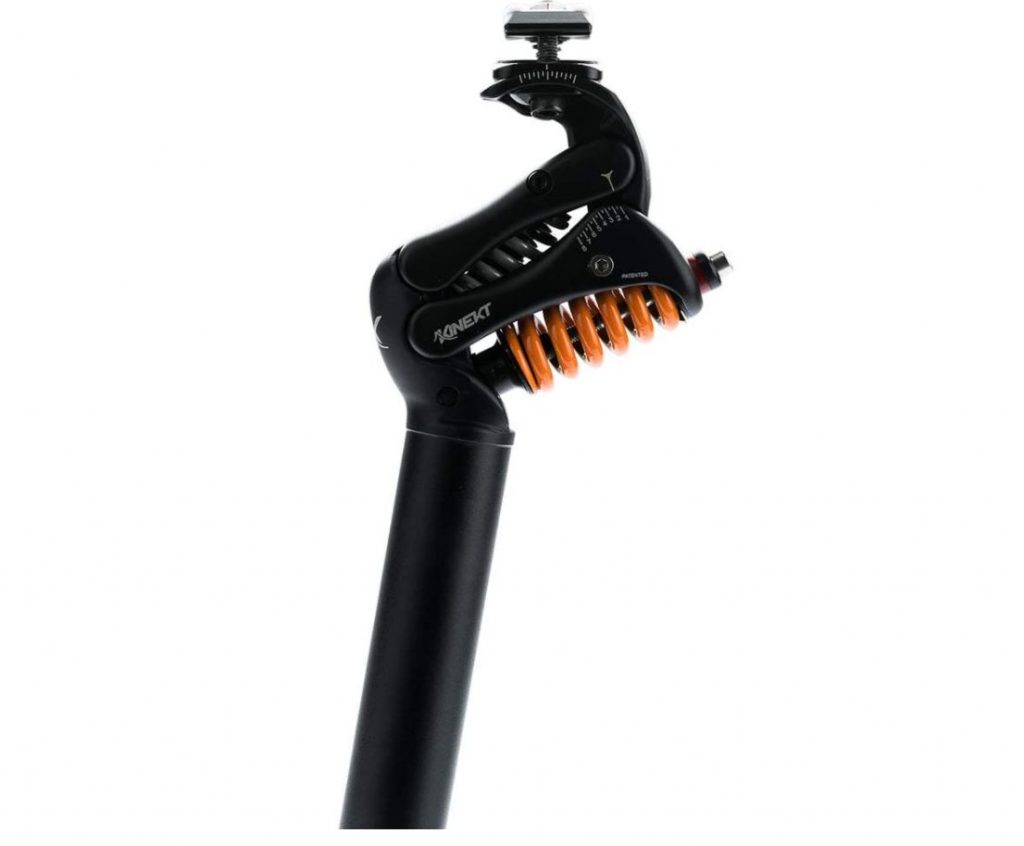 Finally, here is the accessory for the cyclist who has everything: protection for the butt. The Cirrus KINEKT 2.1 Suspension Seat Post has springs that absorb the most bone-rattling impacts from unexpected potholes or road-surface cracks. And if it is properly mounted, the seat is firm enough to not sag under the rider’s weight. The downside is that it must be carefully adjusted before you ride on it. Use the hex head adjustment screw on the back to set it so the seat barely rises when you stand up out of the saddle. The KINEKT 2.1 Aluminum sells for €236.09 on Amazon; the KINEKT 3.1 Carbon Fiber model goes for €278.26. That’s a lot of money, but the KINEKT will always have your back(side).

How to Tackle Mud While Cycling in 8 Steps