The coronavirus pandemic forced the cycling world to find a new approach to racing. Thus The Tour de Suisse, ROUVY and Velon joined forces to create “The Digital Swiss 5”. It only took a couple of weeks and the series of five races was born. It was definitely different from a standard race series, however, it was still truly entertaining. 16 webcams collected live footage of the cyclists competing and ROUVY displayed various performance information of the riders including the likes of Julian Alaphilippe and Greg van Avermaet.

The first race in the series was won by Rohan Dennis (Team Ineos). The world time trial champion laid back in the opening 10 km. However, he caught up with his opponents near the summit of the first climb and rode away easily. In the end, he beat the second Nicholas Roche (Team Sunweb) by 1:09. James Whelan (EF Pro Cycling) finished third, 1:27 behind Dennis.

Greg van Avermaet was almost heat by a car. Terrible organization of the race. Any comments by @UCI_cycling? #DigitalSwiss5 pic.twitter.com/8py9Qc1B5Z

The second race was won by the Swiss time trial star Stefan Küng (Groupama-FDJ). Can you see the pattern here? Rohan Dennis skipped day 2. So, everyone expected the likes of Greg van Avermaet (CCC Team) and Sam Bennett (Deceuninck – Quick-Step) to battle it out. However, Stefan Küng had other ideas. He rode away almost immediately and didn’t give a chance to anyone. He crossed the virtual finishing line with 47 seconds to spare. Filippo Ganna (Team Ineos) finished second and Michael Matthews (Team Sunweb) claimed the third place.

In the fourth race, it was Stefan Küng who shined once more. The Swiss pro caught and overtook Michael Matthews in the final 2 km. The Australian rider finished second, 7 seconds behind Stefan Küng. Ethan Hayter (Team Ineos) finished third.

The last race was dominated by Rohan Dennis. Once again, the Australian led for the majority of the day. And Nicholas Roche finished second once more. Jonas Vingegaard (Jumbo-Visma) finished third. 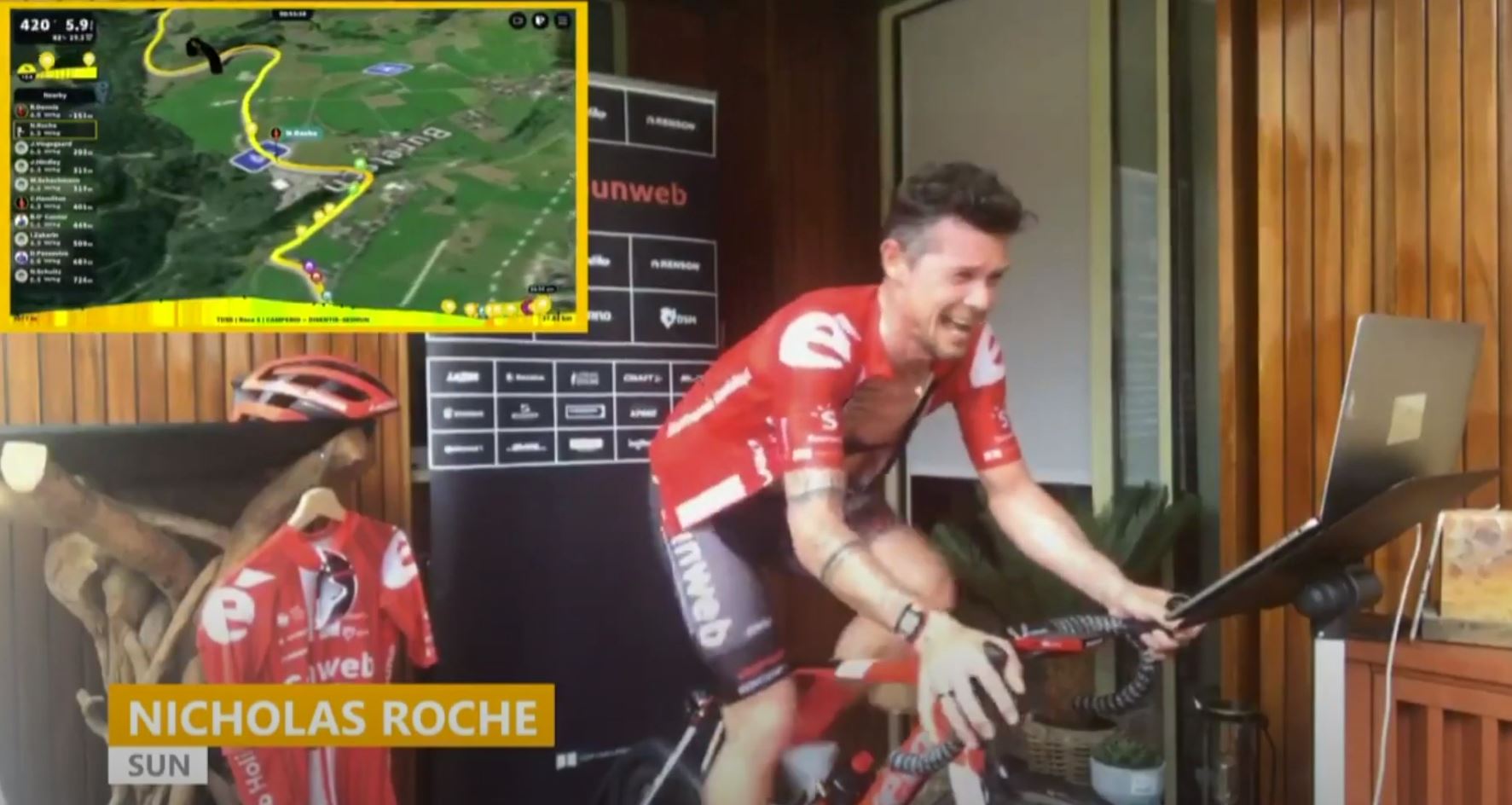 It definitely seems like the TT specialists have a commanding advantage over the rest of the playing field in the virtual races. Do you think these results could affect real-world racing as well? Let us know!

When Top-Class Cycling Runs in the Family

UCI Road World Championships: Who Will Win the Glory?