But their movement has been restricted even more since the pandemic broke out. Residents of the West Bank are allowed to leave their homes only for reasons essential to their well-being, such as purchasing food or visiting health institutions, which has made a bad situation worse. Cycling is clearly viewed as non-essential. But once the pandemic has passed, the 3,000 members of the Facebook group Cycling Palestine will certainly be back on their bikes.

Cycling Palestine was founded in 2016 under the name Ramallah Riders by Palestinian paramedic Sohaib Samara and other cyclists around Ramallah, a city of 27,000 inhabitants on the West Bank. It now has members from all over the area. But it wasn’t an easy ride from the start. Friends and family members told Samara who was 30 at the time: “You’re an old man now. You should be working, starting a family. Cycling is stupid.” But you can’t put a dedicated cyclist down. As his friend and Cycling Palestine co-organizer Malak Hasan said, jokingly, “we’ve been doing this for over four years now. People have lost hope in us.”

Hasan learned to love cycling when she was studying for a master’s degree in communication in the English city of Swansea. As a hajib-wearing Muslim woman, she has faced her share of criticism. “People are always throwing comments in my face, such as, ‘how could you be a good Muslim, showcasing yourself like this?’” she said. In 2017, Hasan was one of the two women on a four-day, 11-person group ride from the Qalandiya refugee camp near Ramallah to Jordan’s Aqaba, a journey of some 480 km. When they returned, she was sharply attacked.

“Most of the comments were like, ‘how could you sleep in tents and on deserted roads with nine men?’” she said. “The expectation for a woman is to be at home, taking care of babies, being decent and modest.” But, she added, her husband who doesn’t cycle is very supportive. Friends and family members are not the only sources of strife. On one ride, Samara and a friend were pulled over by an Israeli army patrol. Samara heard the soldiers asking, in Hebrew, whether they should shoot the two cyclists in the arms.

Samara said he was not afraid for himself. “At the end of the day, if I’m going to die, I’m going to die. But I was worried that if I tried to defend myself or even argue that the soldiers had no right to stop us, they might later blow up my family’s house. Your brain starts to wander in dark places when, really, you just want to keep cycling.”

And then there is the terrain and the weather. The West Bank is hilly and hot for a better part of the year. But Cycling Palestine has persisted and continues to grow. While its weekly rides are for locals and leisure, Hasan said that cycling in Palestine is also a tool for change. “Environmentally, it’s good; socially, it’s amazing. It’s the best icebreaker. Whenever we are on the road, someone wants to talk to us, find out who we are.” 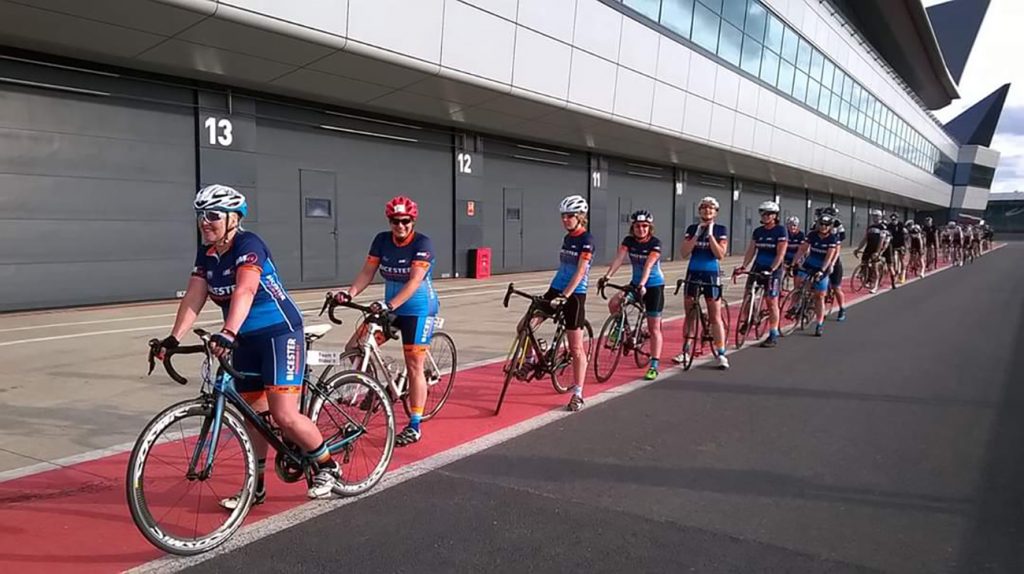