The Weirdest Bikes of Them All

There is a saying, popular in the U.S., that is often used by people like me when they don’t want […]

There is a saying, popular in the U.S., that is often used by people like me when they don’t want to be bothered with trying something new: “If it works, don’t fix it.” But, happily, lots of people always want to fix stuff that works, to improve it, to make it more expensive, to exercise their minds and create something that is uniquely theirs or just because they have nothing better to do.

One person who probably had nothing better to do was cinematographer Richie Trimble, who made this bike in 2014. It is more than 20 feet high and Trimble dubbed it, appropriately, the Stoopidtaller.

The Stoopidtaller doesn’t fulfil any practical bicycle purpose, such as getting you from one place to another, climbing and descending tricky mountain trails or winning the Tour de France. Its only purpose seems to be to attract attention. 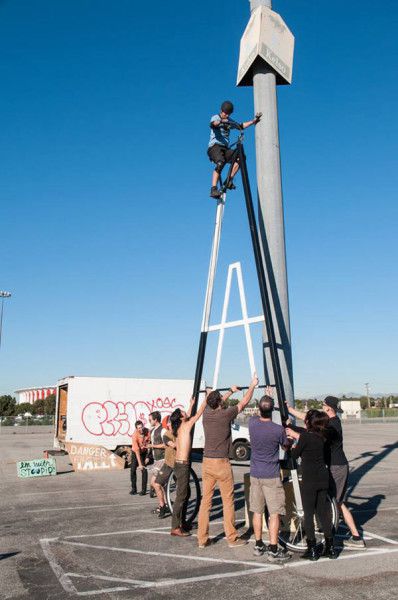 The Texas custom bike shop Clyde James Cycles apparently made this bike as homage to the old and lamented VW Beetle. It took three months to make and comes complete with suicide doors. 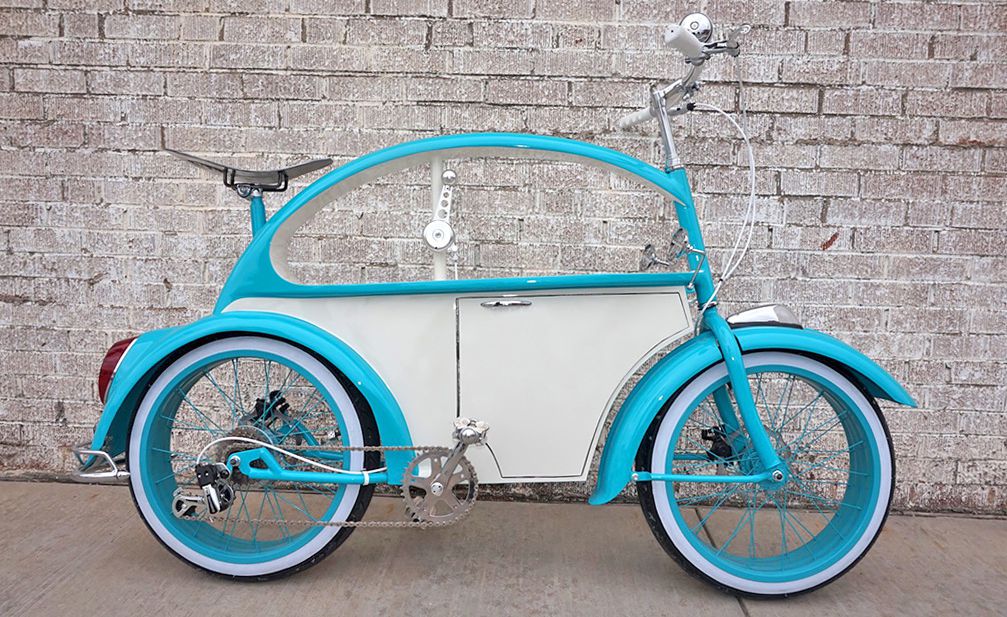 Here’s a bike whose only purpose appears to be to mess with the rider’s mind by forcing the brain to think the opposite way it usually processes information and makes decisions while riding. It looks like a normal bicycle, but there’s a twist, literally. When you turn the handlebars to the left, the bike turns right. Steer to the right, the bike goes left. The identity of its sadistic inventor is not known. 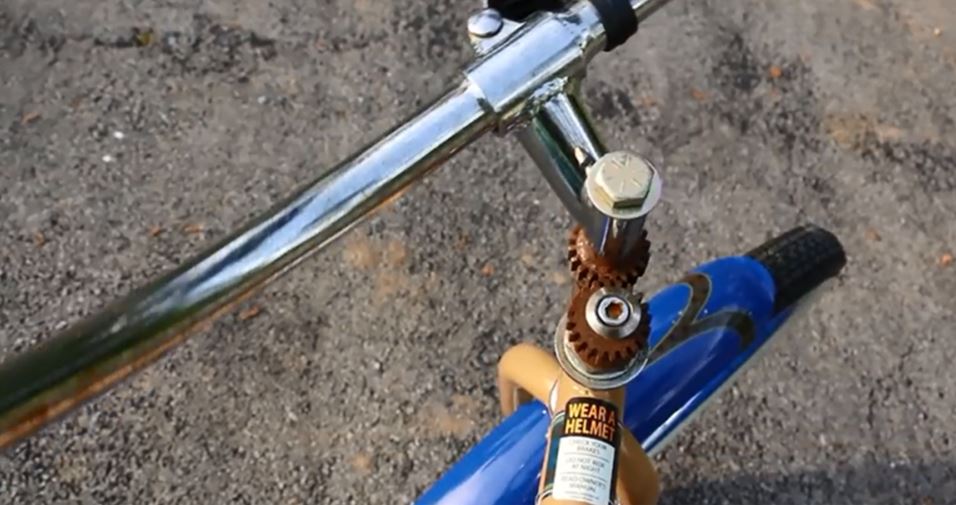 The next weird concoction is perfect for spring – because its frame has been entirely replaced with metal springs. The UK YouTuber Colin Furze invented it, for no reason at all. He says that it rides just like a normal bike, “it just does weird things.” 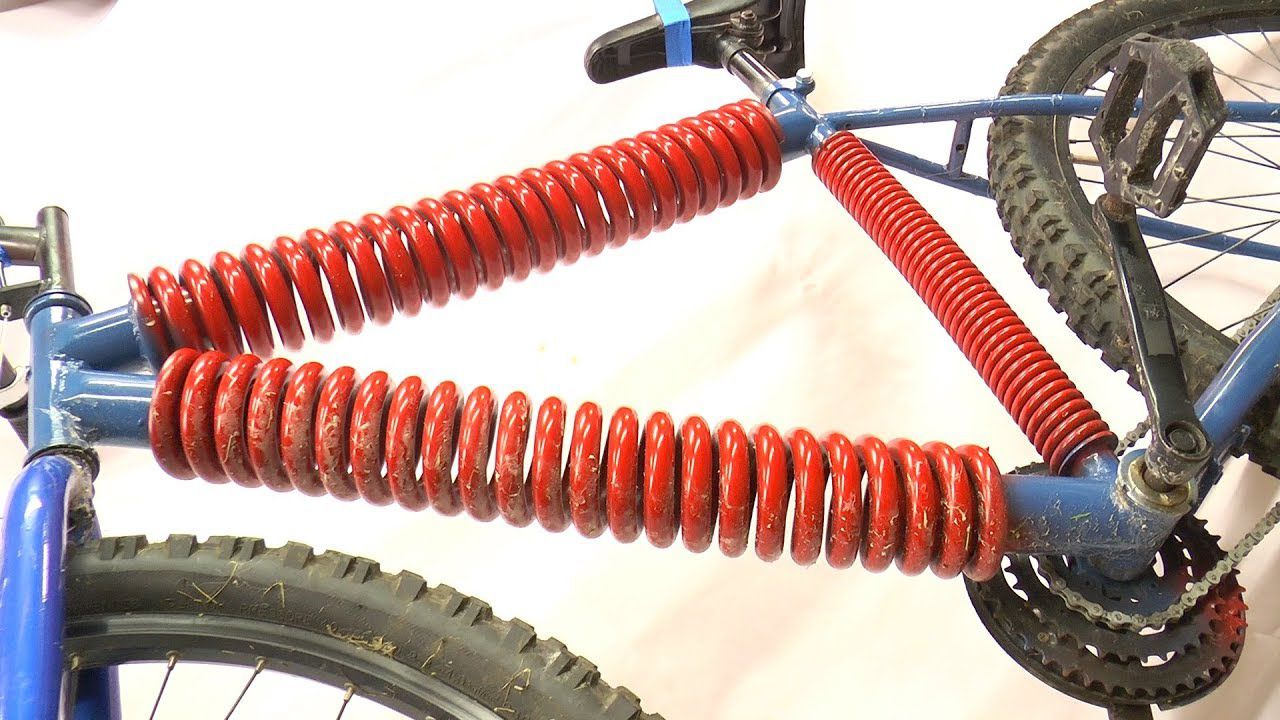 I call this one the Happy Marriage Bike. The image speaks for itself. 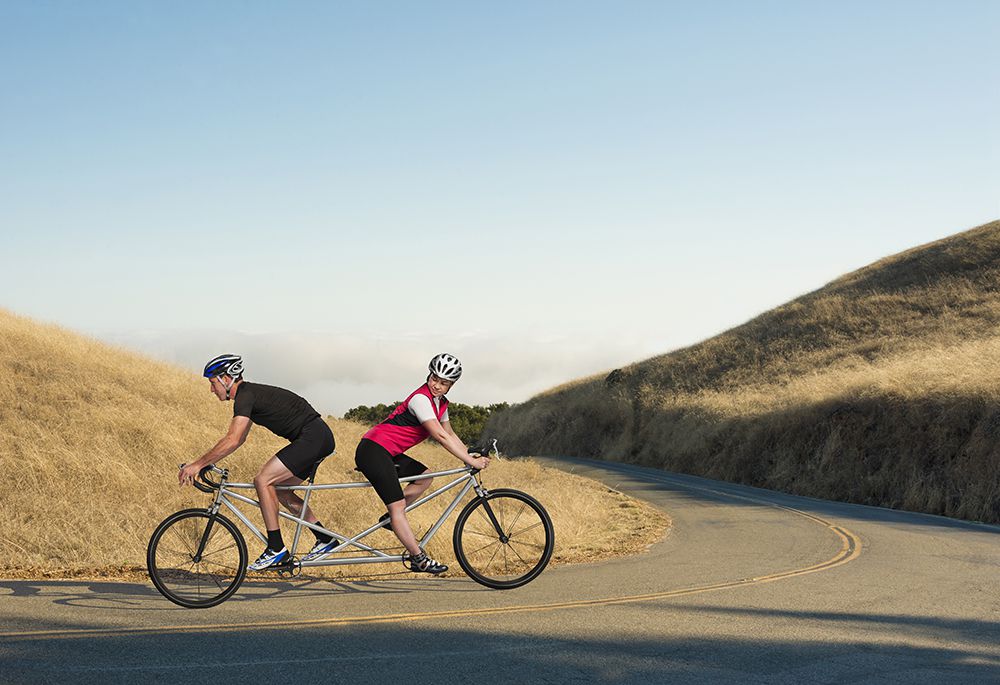 This bike is 117 feet long. It made it into the Guinness World Records in 2015. Some Dutchmen built it. Enough said. 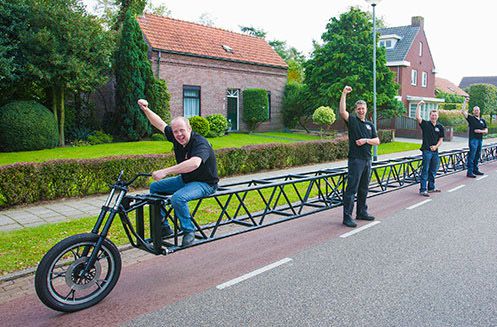 If you like the idea of jogging, but prefer to sit down while you’re doing it, this is the bike for you. Instead of tubes and tyres, this bike comes with 12 high-performance sneakers arranged into two wheels. 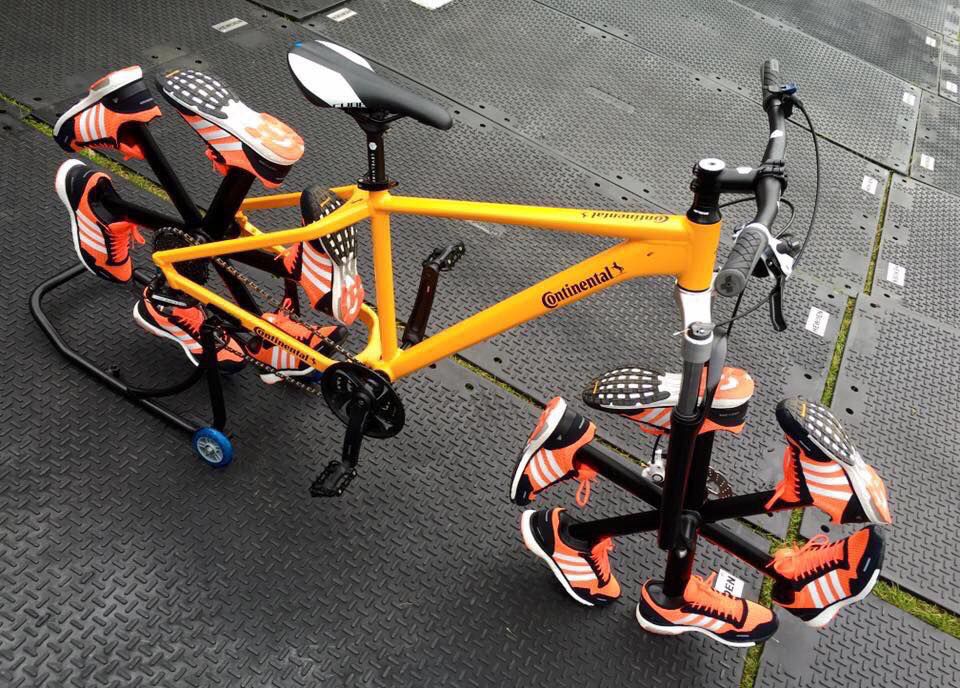 Finally, here’s a weird bike you can actually buy: ElliptiGO’s elliptical bikes force you to stand up while cycling. The company claims that “Stand Up cycling combines the best of running, cycling and the elliptical trainer to give you a fun and effective way to exercise outdoors. Because it is a low-impact exercise, Stand Up cycling builds cardiovascular fitness, while being easy on the joints.” The bikes come in “compact stride” and “long stride” versions, and sell for between $799 and $3,699.