It was later reported that he was just fine.

A female cyclist in Virginia made her feelings towards the US president known yesterday as she gave him the finger repeatedly while being overtaken near Trump National Golf Club on the outskirts of Washington, DC.

A woman on a bike gestures as the motorcade with US President Donald Trump departs Trump National Golf Course in Sterling, Virginia pic.twitter.com/sPhxzAaqAZ

“POTUS’s motorcade departed the Trump National Golf Club at 3.12pm, passing two pedestrians, one of whom gave a thumbs-down sign. Then it overtook a female cyclist, wearing a white top and cycling helmet, who responded by giving the middle finger. The motorcade had to slow and the cyclist caught up, still offering the finger, before turning off in a different direction. Motorcade is now gathering speed and heading for DC,” White House pool reported.

The cyclist immediately became a hero for the anti-Trump crowd and was called a heroine on Twitter. The photo itself quickly went viral, and you can take a look in the Twitter post above.

Our family just got bigger! Kate and I are delighted to announce the arrival of Marlon. Both the baby and his mother are in excellent health pic.twitter.com/ltSPz7AKhX

Froome to race the Giro?

The Team Sky pro is currently enjoying some time off, claiming he feels like being on holiday even though most of the time he’s just at home with his family.

“I’ve done the odd ride here or there, but mainly I’ve just enjoyed getting out for a coffee ride and meet up with some friends,” he told Cycling Weekly. 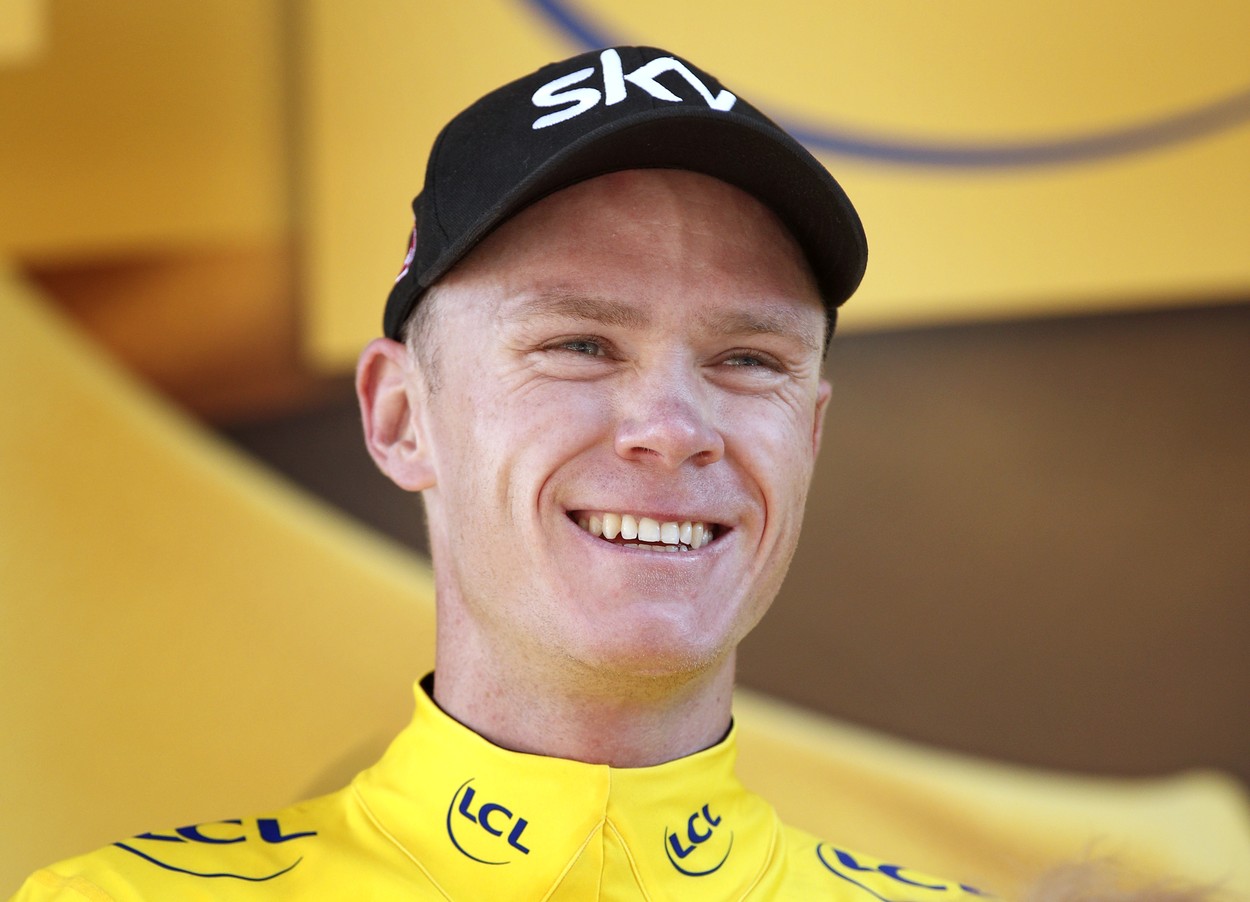 Chris is already thinking about the upcoming season though and doesn’t rule out the possibility of racing at the Giro d’Italia.
“Everything is a possibility at the moment. The Giro can always be hit and miss at that time of year so it may depend on the race location. Obviously, the start in Jerusalem is pretty different as well but we’ll have to see what the race looks like first before we make any calls.”

What races do you think he should focus on?

MTB vs. e-MTB: What Is Really the Difference?