Since stage races are becoming more and more popular, two members of the We Love Cycling crew decided to take […]

Since stage races are becoming more and more popular, two members of the We Love Cycling crew decided to take part in a brand new European event called Masiv. With the WLC ambassador Richard Gasperotti and writer Adam Marsal onboard, the race took place in the Czech Republic and its meaning could simply be translated as ‘the Massif’.

Inspired by Croatian 4 Islands, it also offers four stages of joy and exhaustion for teams consisting of two riders. While in Croatia people are being transport by a boat between the islands, in Czech Republic there’s a deal with the Czech railroad company that provides organisers with trains that bring bikers from one destination to another. This way, it’s possible to visit different remote parts of the Czech Republic in only four days. Additionally, the train also works as an overnight hotel. The length of the daily train ride portions vary from 33 km to 73 km.

The route of the first stage was designed to go through the woods surrounding the historical hunting castle Křivoklát that was founded in the 14th century. The participants coming from foreign countries were surprised with great trails so close to the Czech capital Prague. While the best teams made it in less than three hours, it took us 4 hours and 45 minutes to complete the task. The explanation was clear – the best ones are taking part in the UCI XC World Cup while Richard is an MTB freerider and me, well, I’m a lazy writer so busy with his summer schedule that I made it to my office only four times by bike this year.

Hitting the bottom is not the right term but it’s the first one that comes to mind. There was everything you would anticipate from such an event: long climbs, technical downhill parts, and fast pedalling intersections. The scariest moment occurred when I was attacked by a swarm of hornets. One of them stung my arm and I had to fight it, remove it, and throw it away with my second hand. The last 10k were treacherous and when just we started to lose our faith, an unbelievable rain appeared and made our final minutes extremely difficult. However, we made it, took a hot shower, and joined the rest of the participants for a train ride to another destination.

We took a train to South Bohemia, to the border with Germany. Here you can find Šumava mountains, which are called Bohemian Forest by our German neighbours. As a great part of the mountains is environmentally protected, it wasn’t easy for the organisers to design a route that would be approved by the park authorities.

Nonetheless, an agreement was reached and stage II could start. The base camp was built near the Špičák railroad station, at a place which is both the winter and summer resort. Even though we kept in mind that the time limit to finish the stage was announced as 4 and half hours, there were simply some parts of the route where we were forced to push the bikes instead of pedalling, for the incline was incredibly steep. Without braking we were able to make it to the end only two minutes before the time limit. Repeat: shower, food, and a sleep on the train. 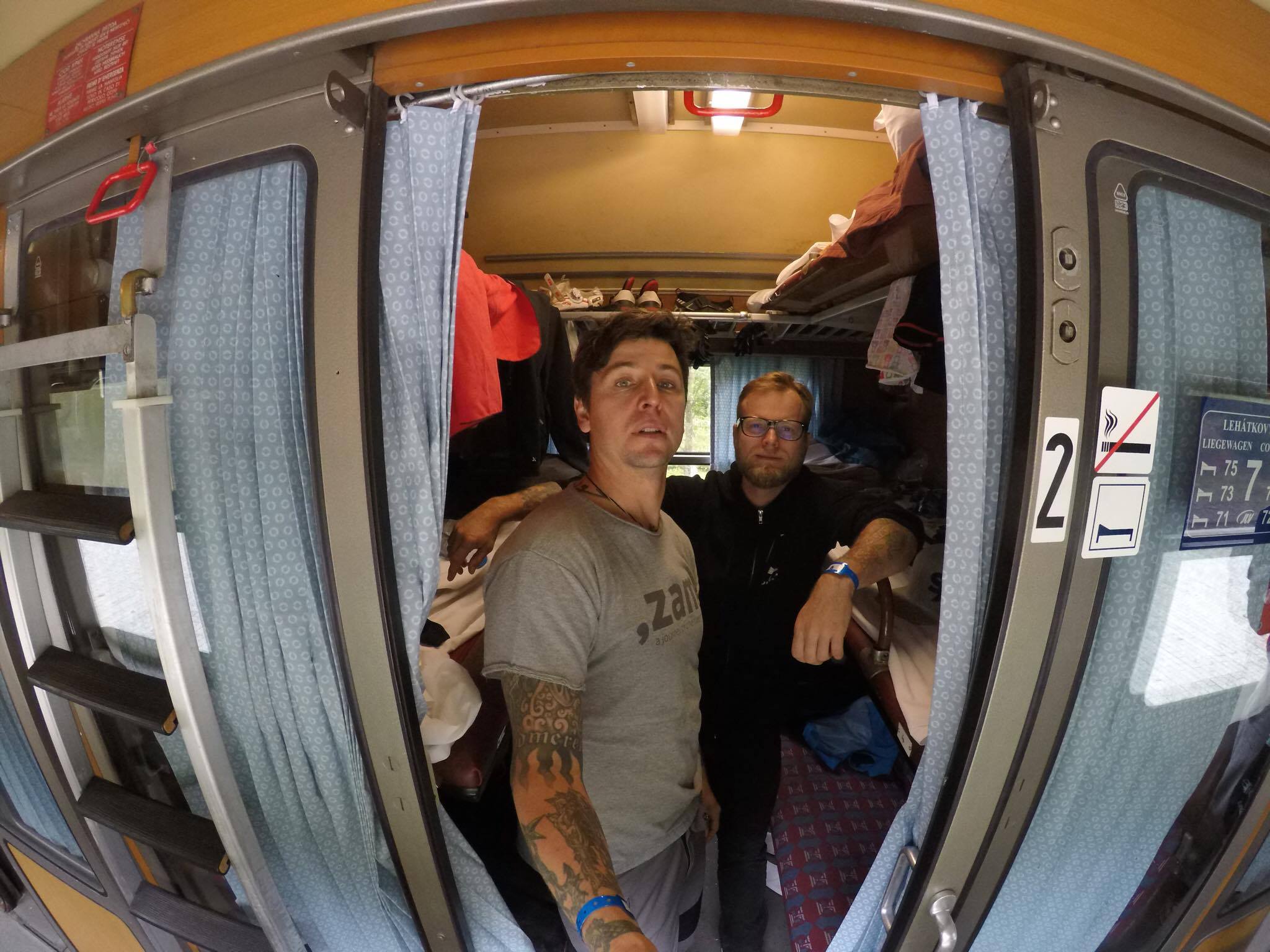 Cycflix: Netflix and Chill? Only for Those Who Ride Fast Enough