Two months 2 months in the Netherlands after 13 months living as a nomad. What’s that like? First of all, it’s great to talk my native language again. No matter how fluent my English is, it’s still different to express myself in the language I grew up speaking.

Ever since day two I get asked a lot if I feel adjusted again. I didn’t even need an hour to adjust. Of course, it became routine never knowing what the day would bringmy daily life to every day not know what awaits me, constantly forcing me to to search for a place to sleep and to to live in a culture that’s not mine. But after being born and having lived in the Netherlands for 28 years it really doesn’t take much time to adjust again. Which doesn’t mean that I fit in seamlessly.

As if a cage was lowered down from the sky and put down over me like over a mouse.

I decided to pick up some work at my old job in an outdoor equipment store to make a bit of money and get a taste of ‘normal life’ in the Netherlands. On my second day at work I was kinda ‘done’ around 3 p.m. And then suddenly it hit me – it wasn’t up to me. As if a cage was lowered down from the sky and put down over me like over a mouse. Caught! One-Armed BMX Rider Refuses to Give Up His Beloved Sport

The meetings with my friends have given me incredible joy and energy. Much more than I’d expected. I hardly ever miss them while travelling. Just every now and then I miss being with someone who knows me, my background, language, and culture. Or to be in a place where I don’t have to answer questions about what I do and why. But I never expected to find so much joy just hanging out with them again. Just to catch up on each other’s daily lives, to be interested in each other, give support and have fun, those things strike a chord with me that hardly ever gets struck during the short encounters while on the road. It’s beautiful to feel that and to remember it as a reason to visit my homeland every now and then.

My need for space and peace has been a bit of a struggle. I realized only when I got to the Netherlands how overstimulated I was and how much space I needed, especially in this crowded country. Even though I travel alone I’m almost always approachable. The only moments that I really felt I was all by myself without any chance of someone interrupting was while camping out in the wild in the far north. For over a year I haven’t had that feeling of just closing the door shut and having a space or place all to myself (well, except for the fancy 5* hotel Umpqua Bank put me up in for three nights). Now back in the Netherlands, I needed that more than I’d expected. What a privilege it is to have a private space. The luxury of privacy and a bedroom all to yourself is something we grow up with, but isn’t that common around the world. In these past two months, I’ve gone back and forward between houses of friends who were on holidays and staying with my mum.

Maybe a stop in the Netherlands every now and then isn’t a bad idea to monitor my evolution and polish the rough edges.

I also realize how the travelling changes me, bit by bit. Even a journey of which two thirds was through ‘western civilization’. Diving under in a foreign culture doesn’t seem necessary. Just not being part of a society but looking at it from an outcast’s perspective seems to do the job. I mainly change in a direction that I’m happy with and therefore call it ‘growth’. On the one hand, I’m becoming more open-minded, respectful and merciful, qualities that I pursue. On the other hand, I sometimes realize that I’ve become less patient in certain ways. A complete opposite of the other characteristics, but something I kind of understand looking back on how I’ve been independent and self-sufficient for 13 months without having to wait for or build on others. Maybe a stop in the Netherlands every now and then isn’t a bad idea to monitor my evolution and polish the rough edges.

This stop is almost over though. After two beautiful summer months in the Netherlands, five presentations, meeting two new sponsors and a visit to We Love Cycling in Prague, it’s time to get back on the bike. Quite a bike… 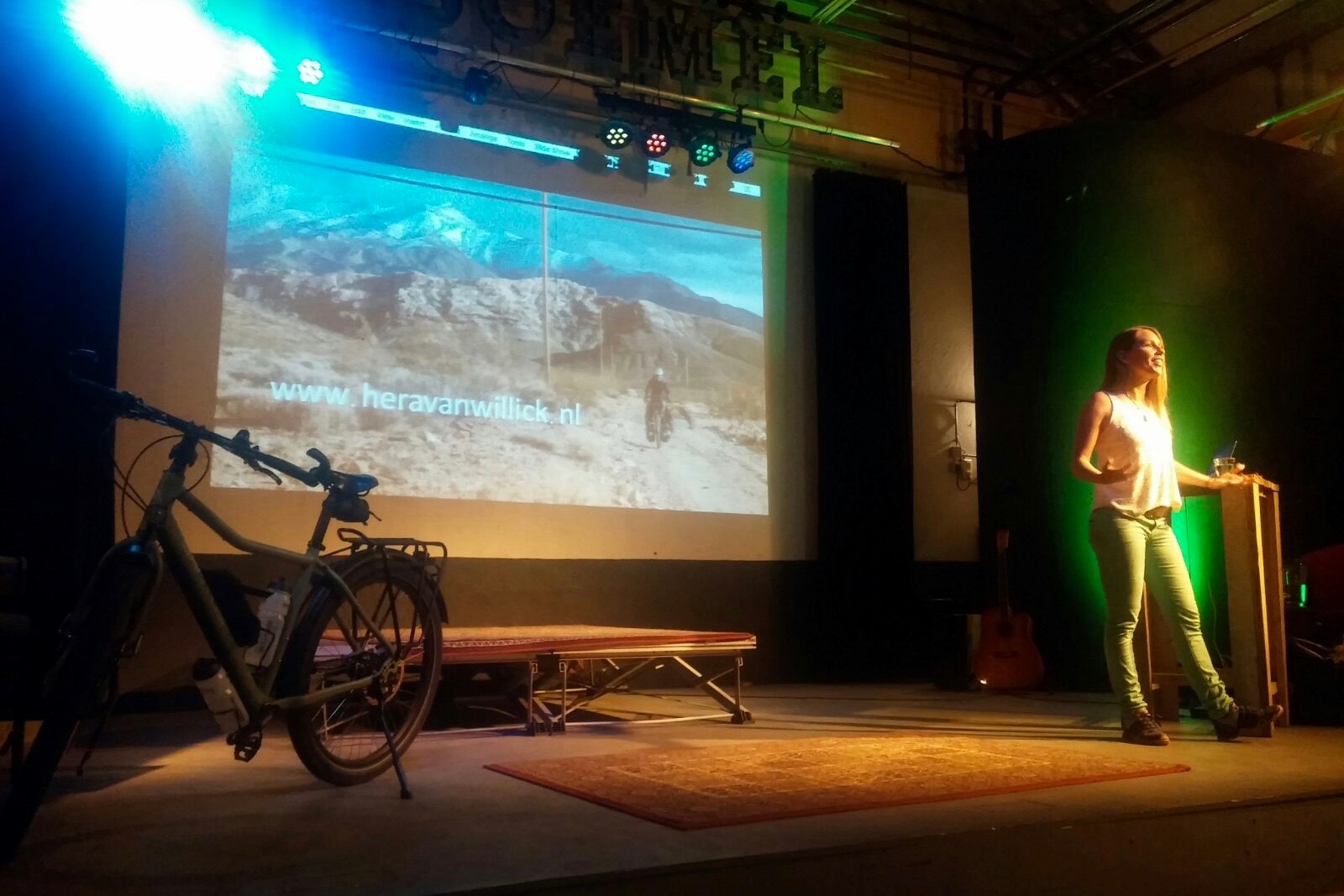 I’ll be taking off on the newest touring bike from the brand Santos, the Travelmaster 3+ . A bicycle specially designed for travelling around the world and bringing a lot of baggage. Disc brakes for extra brake power and 62mm tires on 27,5 ″ rims that make it roll smoothly over obstacles. Those are the biggest changes for me. 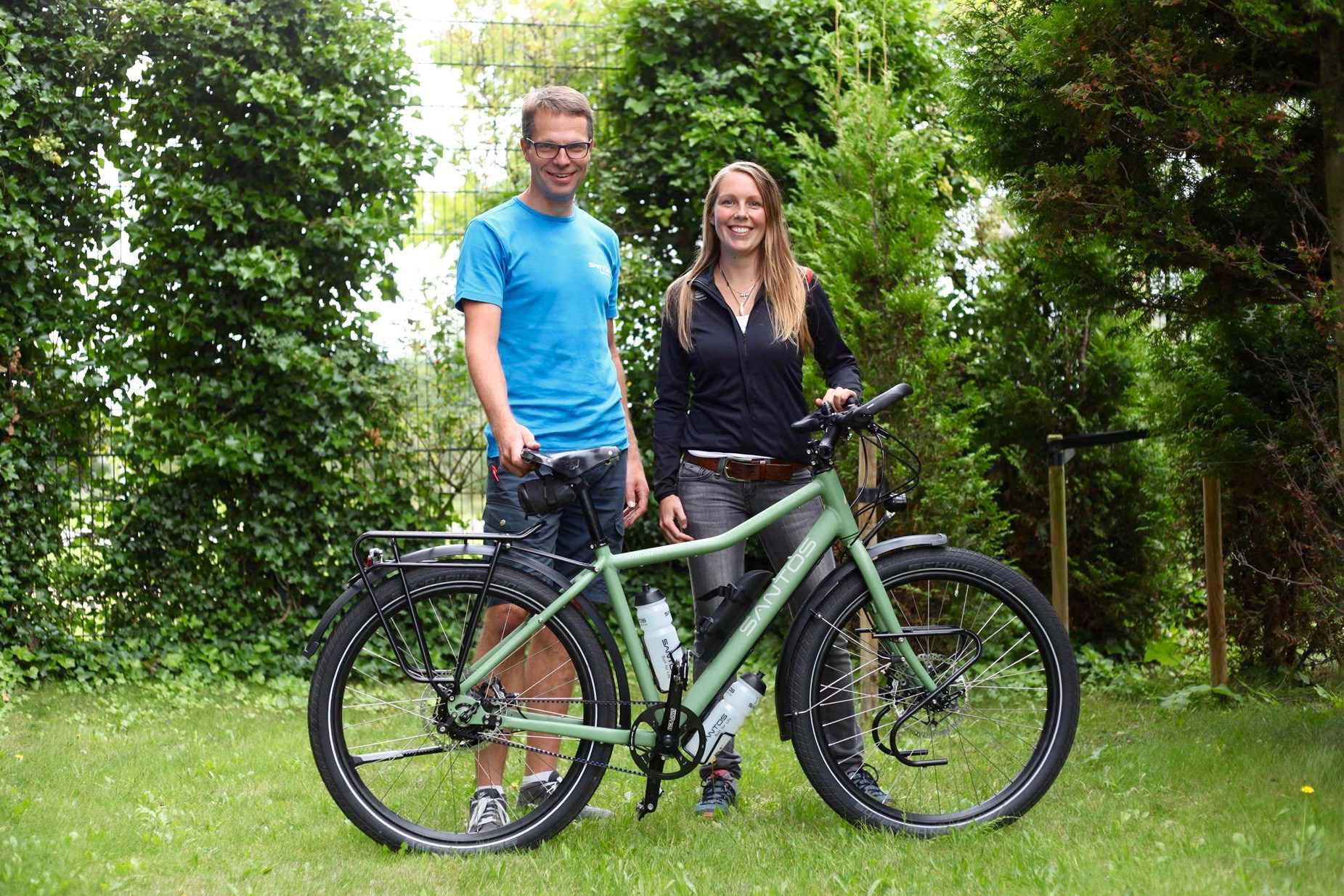 But, where to? Where to? I can hear you thinking. At this moment the only plan that’s definite is for the coming one and a half months. I’ll ride from Tilburg to Dunkerque in France. From there I’ll take the ferry to Dover in England and ride along the coast to Cotswold and Wales. From Fishguard I’ll take the ferry to Ireland and ride a 3/4 round tour of southern Ireland to Dublin. From there it can go two ways. By the time I get there I’ll have heard from the Banff Mountain Film Festival whether the short-film Scott Hardesty and I submitted will be screened or not. If yes, I’ll fly to Canada and will head east on my bicycle after the festival. If not, I’ll continue my ride to Scotland and hop over to Scandinavia from there and ride north and then back south through the Baltics. By the end of January, I expect to fly to Colombia to continue my journey through the Americas heading for the southern tip of Argentina. But, to be honest, there are no definite plans really. 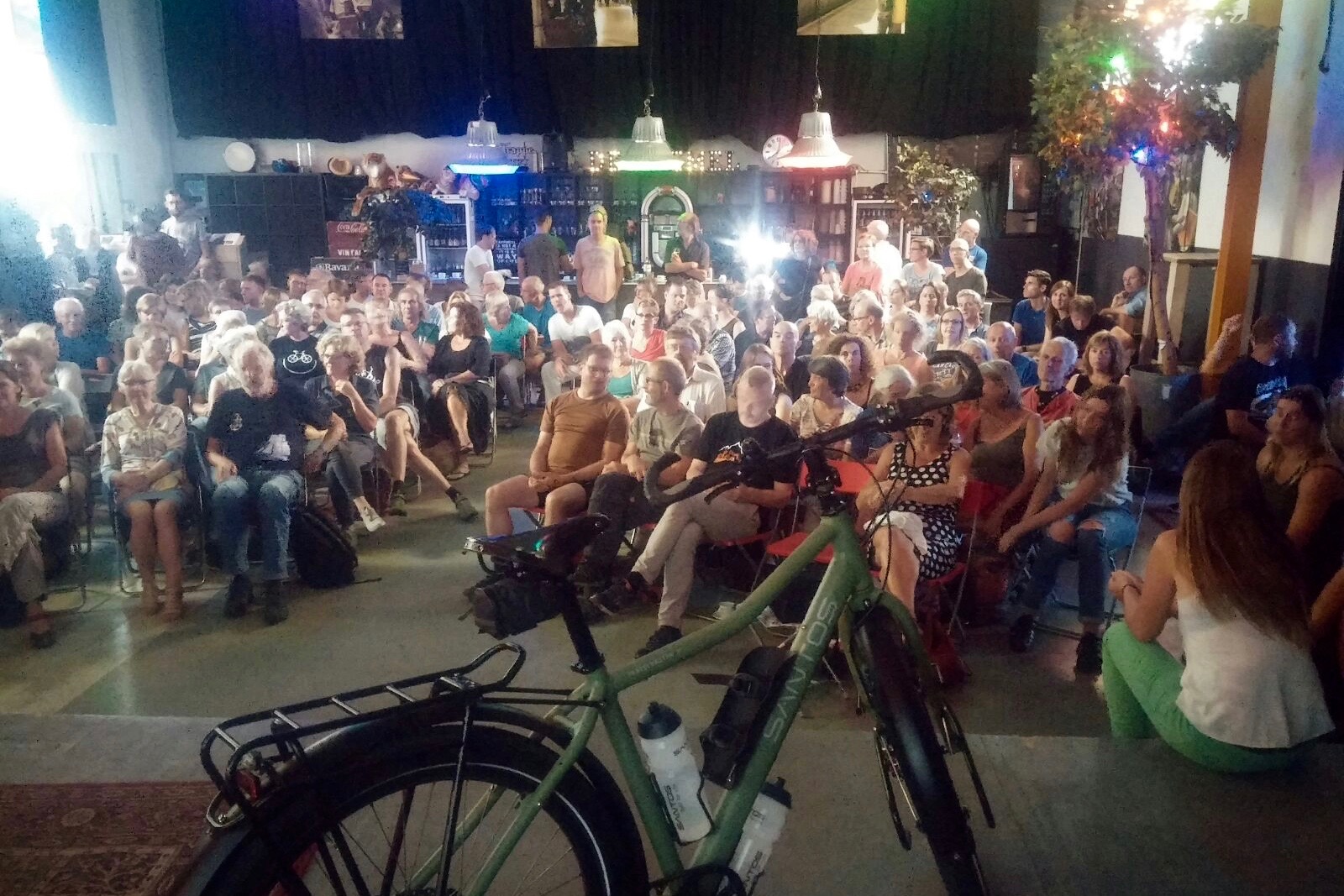 Whether I’ll end up in Canada or Scandinavia, I think I can leave my shorts at home and pack a lot of thermo and down. Even though Scandinavia is located far more north than the southern part of Canada (Oslo is located 10 latitudes more north then Winnipeg), the average temperature in December in Oslo is only -3 (Celsius) compared to an average (yes, that’s right, average!) of -20 in Winnipeg. How many digits below zero I’m getting myself into is still unsure, but I’m pretty sure it’ll be chilly. 5 Tips for Taking Your Bike on a Plane

The snowy parts of my rides so far, like Bulgaria, Montenegro, Canada and the United States, have left a deep impression on me. The cold is a huge challenge but is only something very special. Cycling in a snow covered landscape is magical. I want to see the world and really see and experience it. I don’t feel like I have to visit every country in its most ‘friendly’ season.

I find the forces of weather to be an exciting challenge, much more exciting than dealing with annoying sexist behavior of men in Central America, which I know will be an even bigger issue in South America (though maybe more moderate). No, I prefer winter, with its quiet white blanket of snow, its crispy mornings, frozen hands and feet and smoking chimneys.

But first I’m heading to England and Ireland. I didn’t choose the ‘ideal’ months for these countries either. Tackling the elements are fun in September and October, but weeks of rain aren’t. Let’s just hope it won’t be too bad. But who knows… After two months in our wealthy country, where it seems anything is for sale, I find it a liberating thought that we still can’t own the weather and it just does whatever it wants without us being able to influence it. (Feel free to ask me again how I feel about that in a month from now…) The Second Round of Eurobike 2017 Greatest Finds