With thousands of visitors every year, Eurobike in Friedrichshafen, Germany, was once again the biggest bicycle exhibition in the world. Here you can find 10 brand new bicycle accessories we picked during full one hour of cruising among hordes of excited businessmen.

Eyes of the wolf 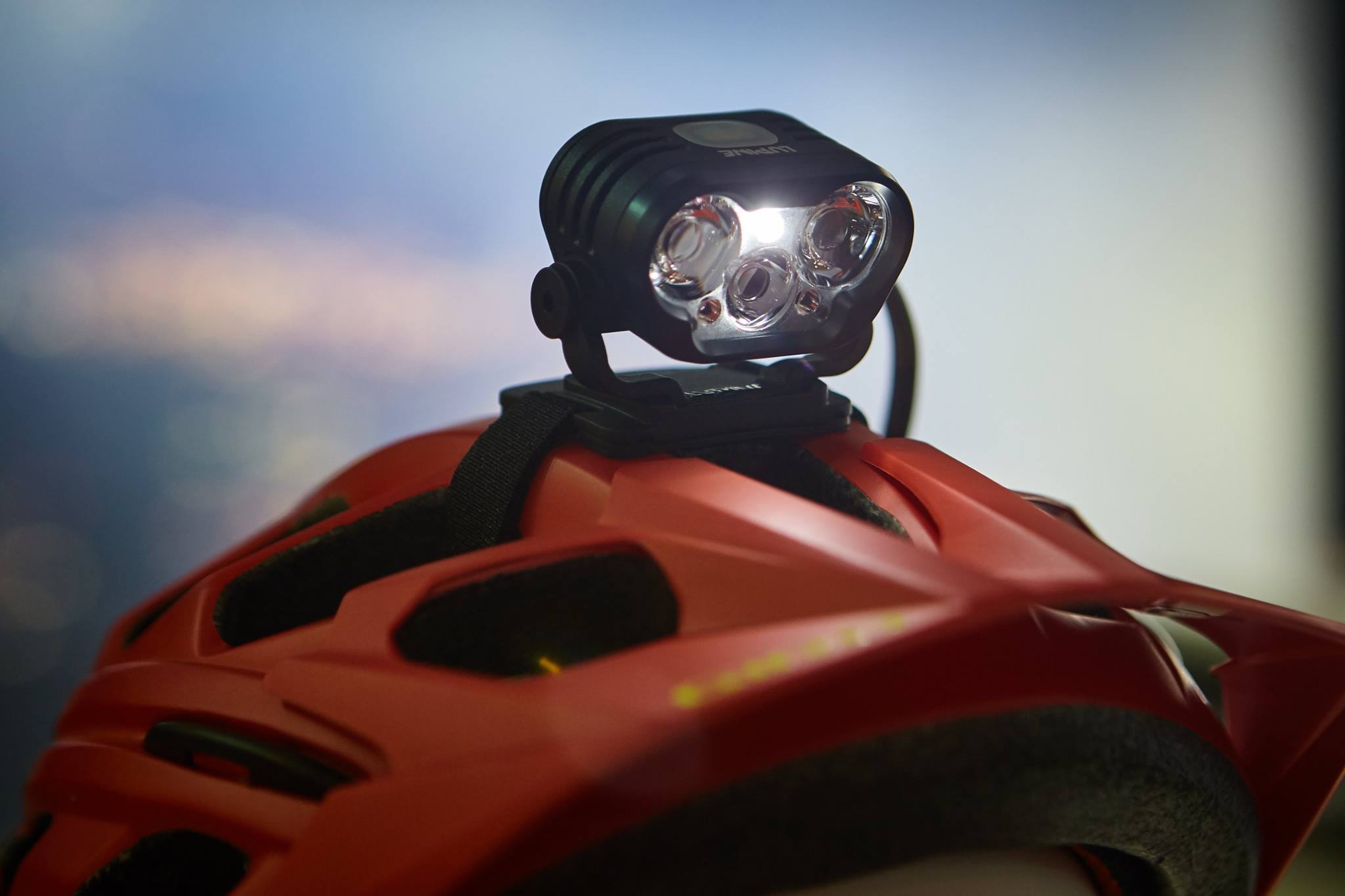 New Blika model from the German manufacturer Lupine offers massive stream of 2100 lumens, near and high beam, red and green light, and much more. Their special app allows you to control the lighting using smartphone attached to your handlebars. You can also pre-set your custom profiles for different sports activities. With the front-click quick-change system, the lighting is perfectly flexible. This way, you can turn the head lamp into a helmet lamp quickly and without tools. No more excuses for coming home thrashed after being lost in the dark. 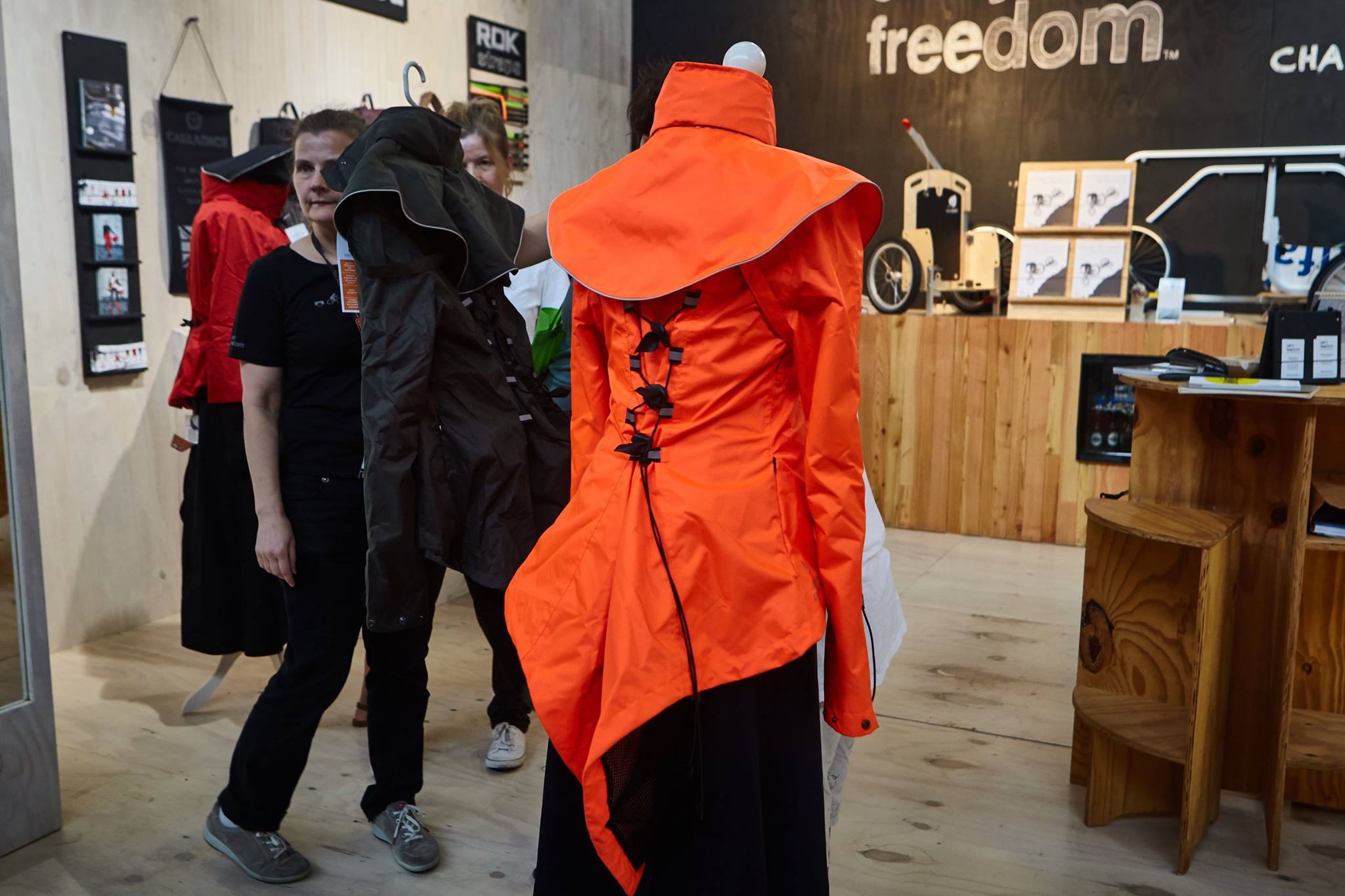 If you’re an eco-friendly woman who likes to ride bicycles, this is something for you. Created in December 2009 by a mother-daughter team, Nicola Orriss and Georgia Scott, the Georgia company in Dublin uses recycled inner tubes, which are collected from local bike shops in Dublin. The Dublette, a wonderfully flexible waterproof jacket, can expand to be worn over bulky clothing or over a back pack. It should be useful not only for cycling but also horse riding and hiking. In case of a puncture, use a piece of this jacket as a patch. 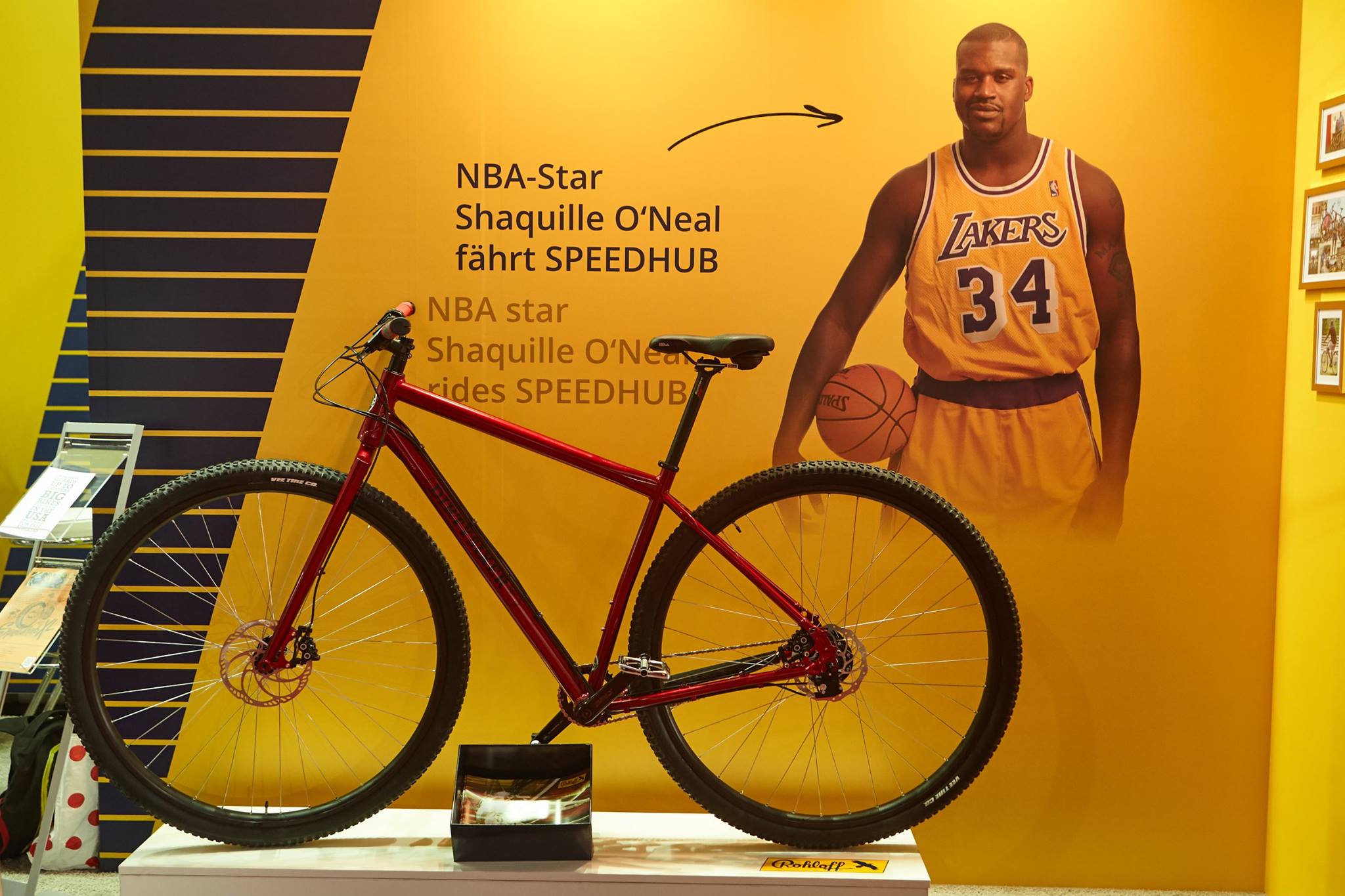 Even big cyclists want to have fun on bikes. Coming from the USA, Dirty Sixer company is delivering handmade bikes specially designed for tall athletes, including NBA-Star Shaquille O’Neal. The bikes are available with Big 32’’ and 36’’ wheels. Crazy!

GSD bike for your kids 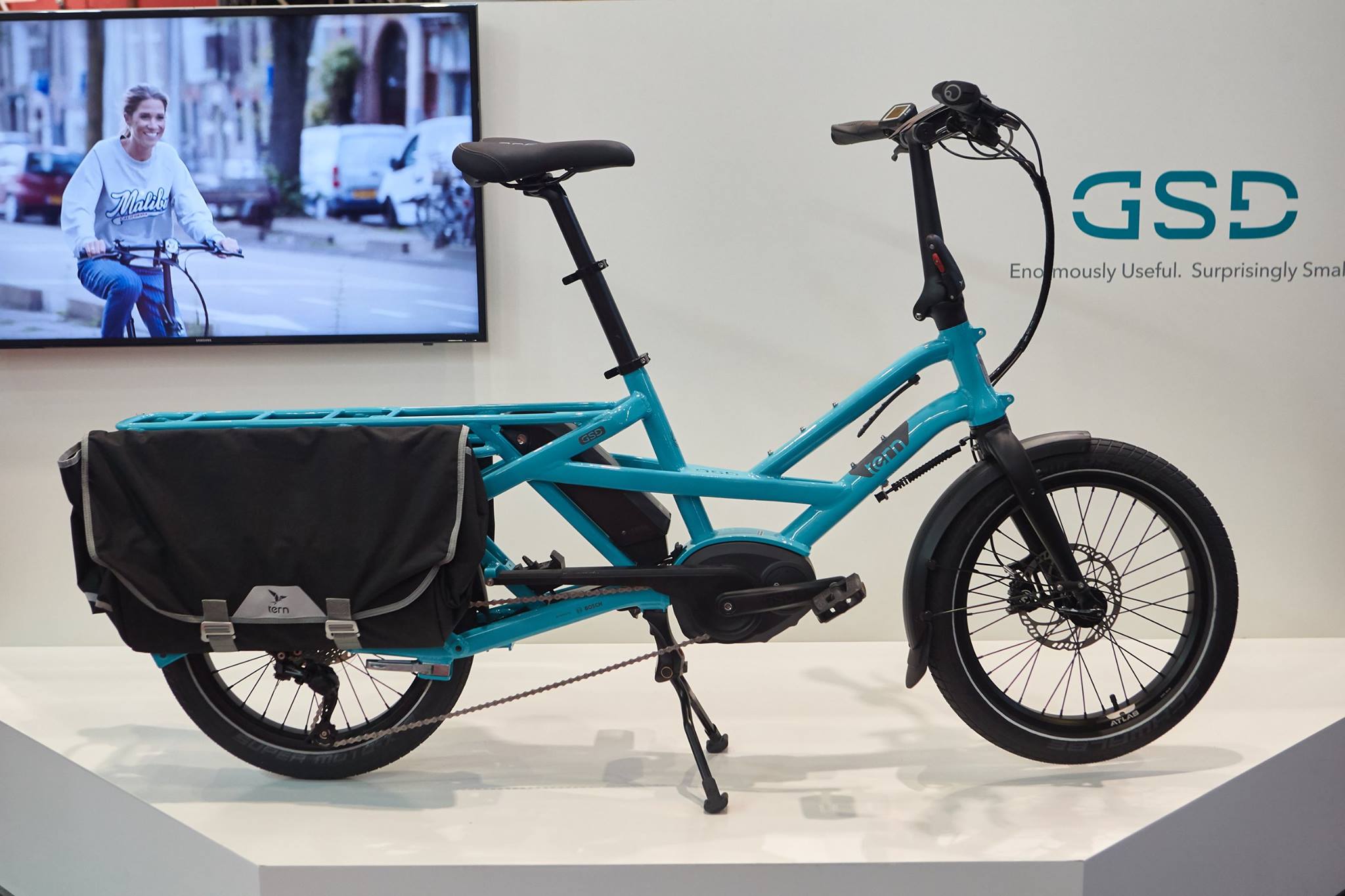 Too much or too many for just one bike? That’s out of the question with GSD Tern bicycle. The Tern GSD defines a new e-bike category. It’s designed to carry two kids or a week of groceries – up to 180 kg in total. However, this bike is only 180 cm long, which is roughly the length of an average bicycle. With a patented folding technology, it packs small enough to fit into any wagon car such as ŠKODA OCTAVIA COMBI. 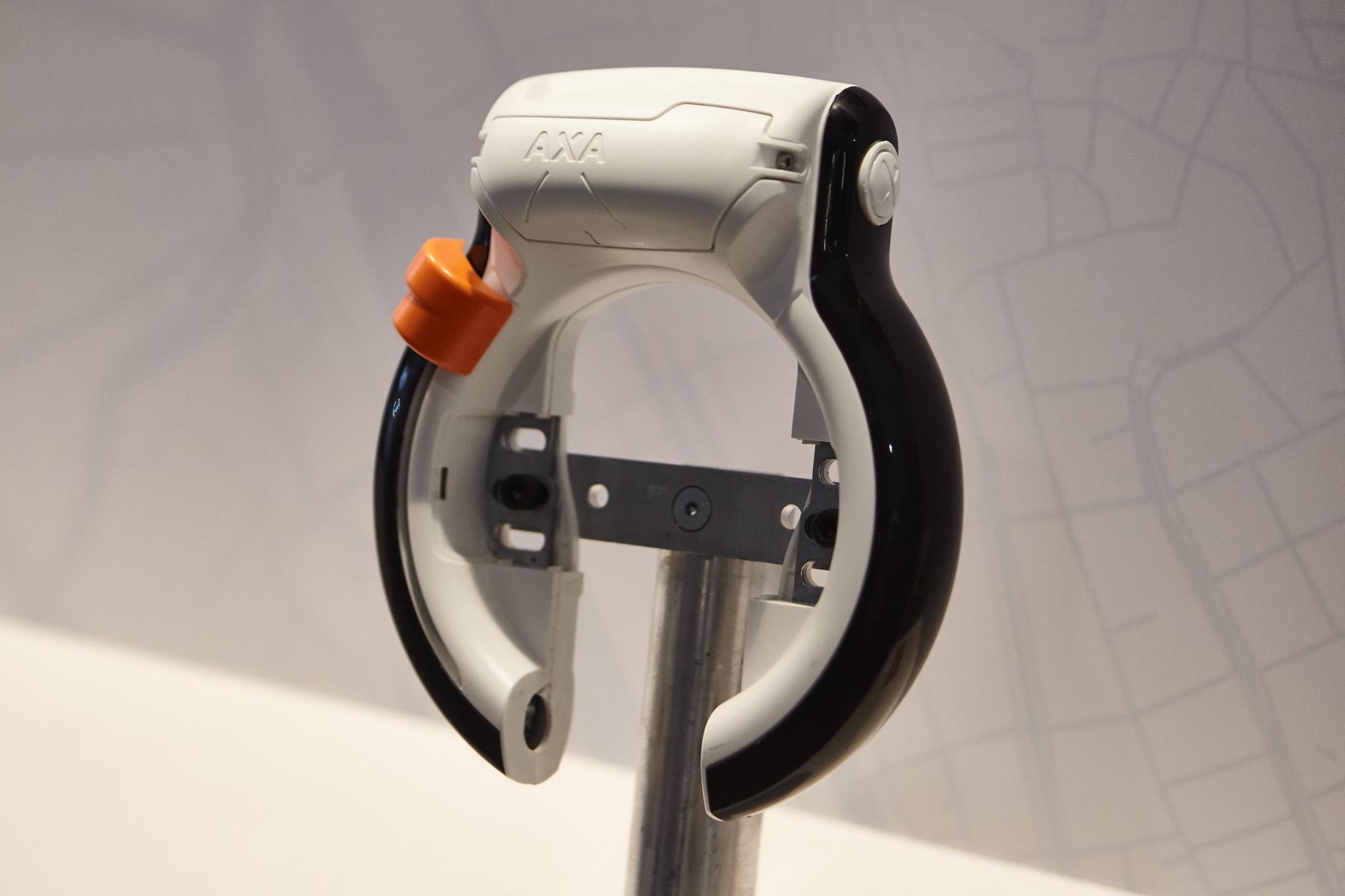 With the numbers of bike sharing-friendly cities growing, there comes a need to lock all the bikes safely. AXA insurance company brings their own solution that should fit specific requirements of that kind of transportation scheme. Their E-RL concept has been time-proven by over 3 years. It already has been used to lock more than 20,000 bikes in the streets. Your bike can be easily opened by your smartphone or existing RFID (Radio Frequency Identification) card. The AXA Connect system for bike sharing companies can show the present position of the bikes, or sound an alarm when some of the bikes are moved out of position or when moving too fast, which should prevent them from being stolen. 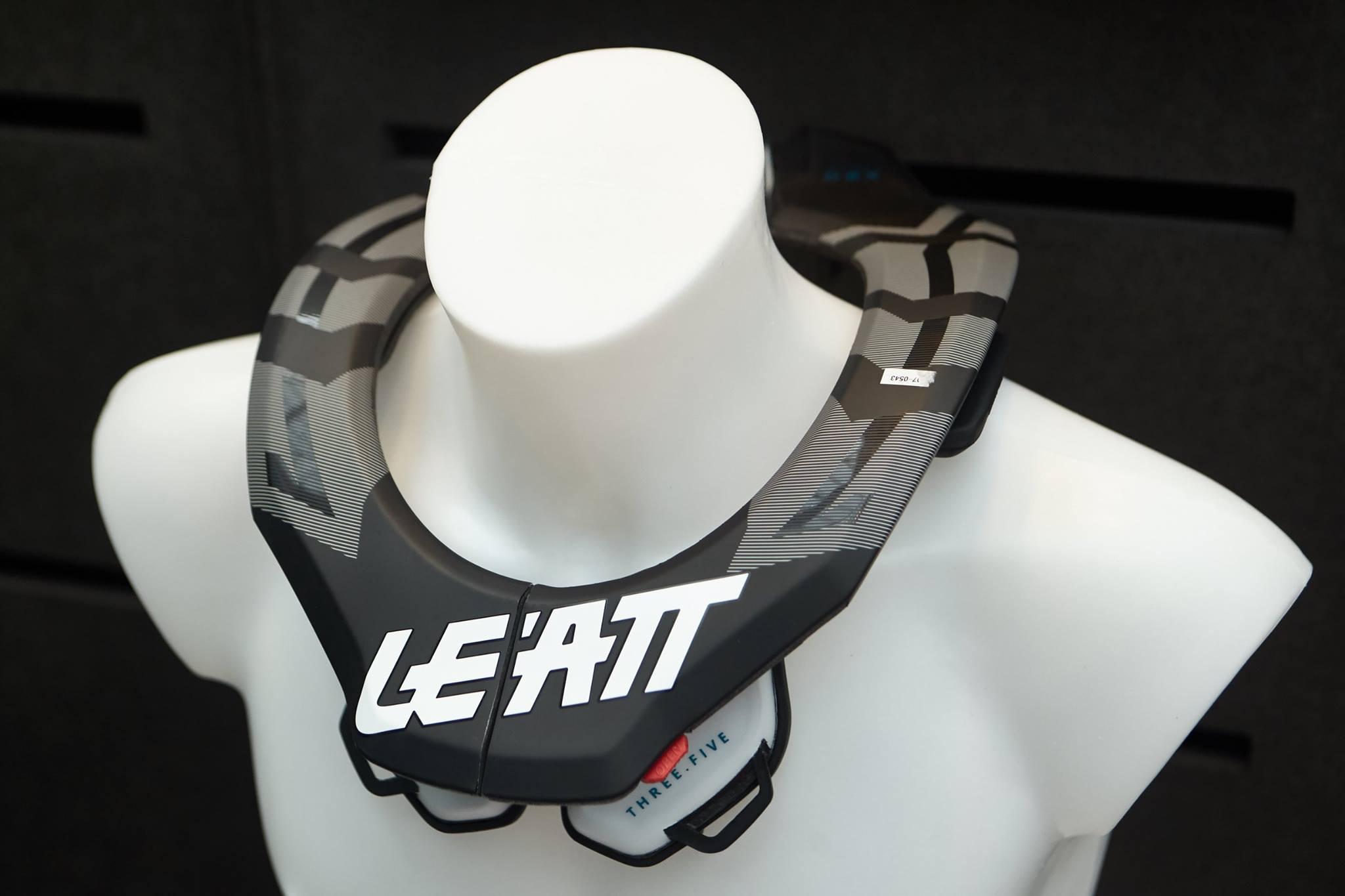 Designed by the inventor of the first neck brace ever developed, it’s from 25 up to 38 percent lighter than existing models. It’s the first neck brace that uses the same construction like bicycle helmets. This ultralight DBX 3.5 model was tested and proven to reduce neck forces, and thus reducing users’ risk of a serious neck injury by up to 43 percent. The chassis is adjustable to fit most riders’ shape while the structure remains rigid to assist transmitting energy during an impact, which is the key to reducing neck forces.

Different kind of a bike rack 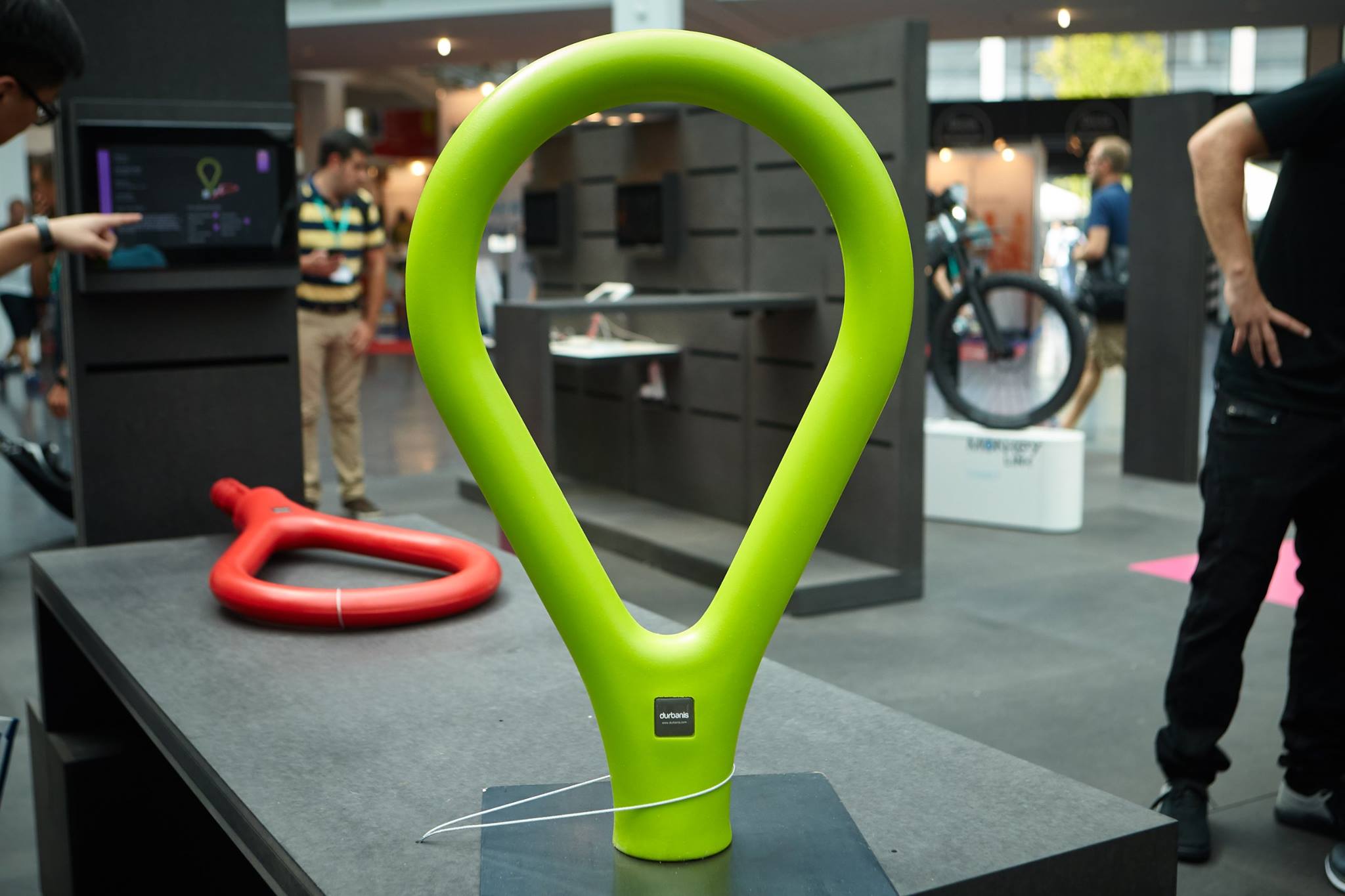 Urban planners, beware! LockLock is a different bike rack inside and outside, designed by The Bicycle Laboratory. It should be pleasant for the bikers, not obstructing street cleaning jobs, and very easy to install. It’s supposedly also more secure than any solution used anywhere up to date. How would you like to have LockLock racks in your cities? 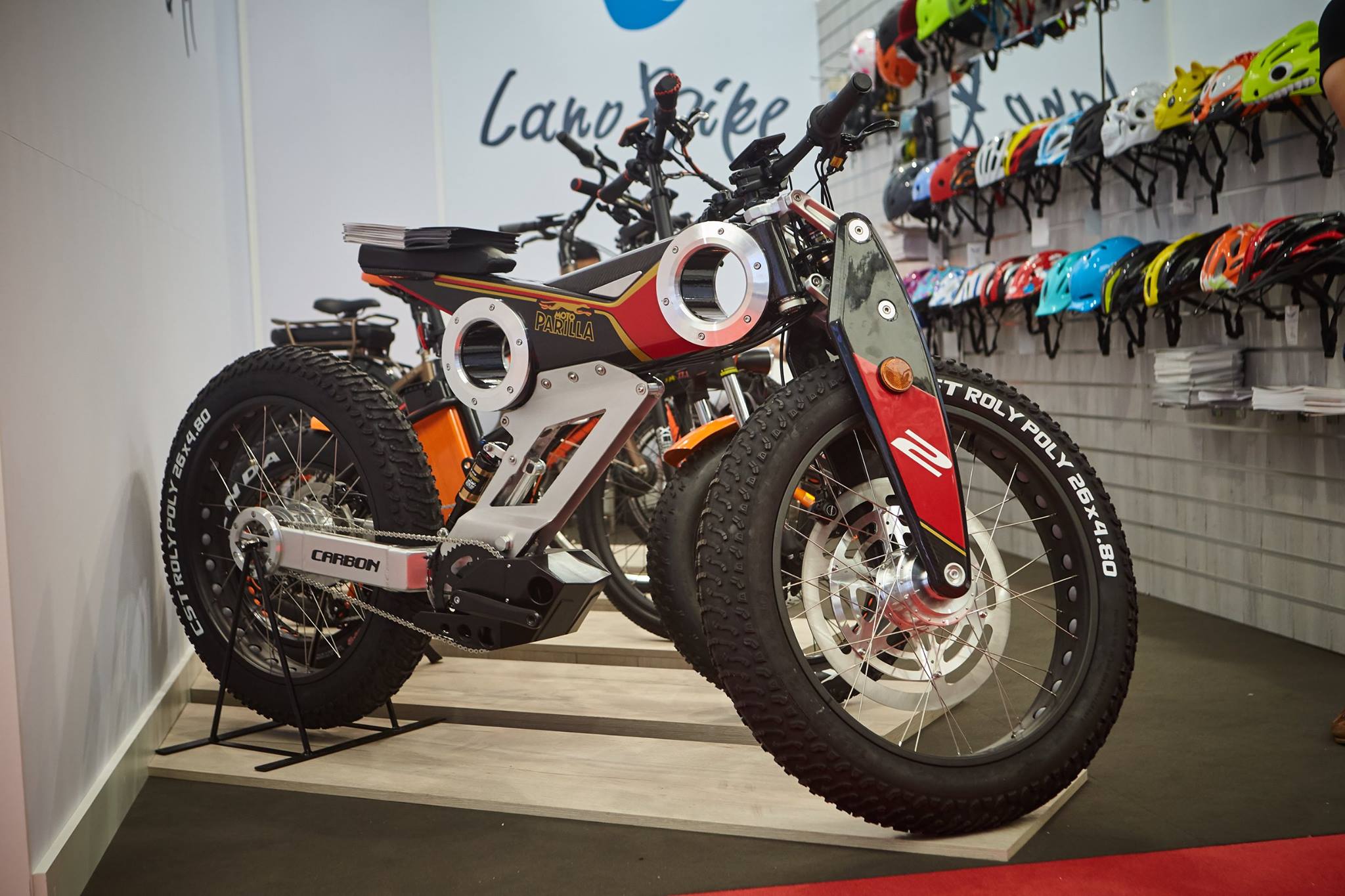 If you were born in Italy, you’re probably inclined to like motorbikes and football. However, bicycles are also tolerated. The Carbon company from Italy says that their monster machines are designed for bikers looking for a futuristic electric vehicle for off-roading. Someone, who likes to distinguish themselves when going out with friends for a drink or coffee. The Italian manufacturer promises that when mounting their SUV-like e-bike, you’ll experience a demonstration of power under your control. Actually, the speed is limited to 32 km/h, so you’d be better prepared for being passed by the average road cyclists. 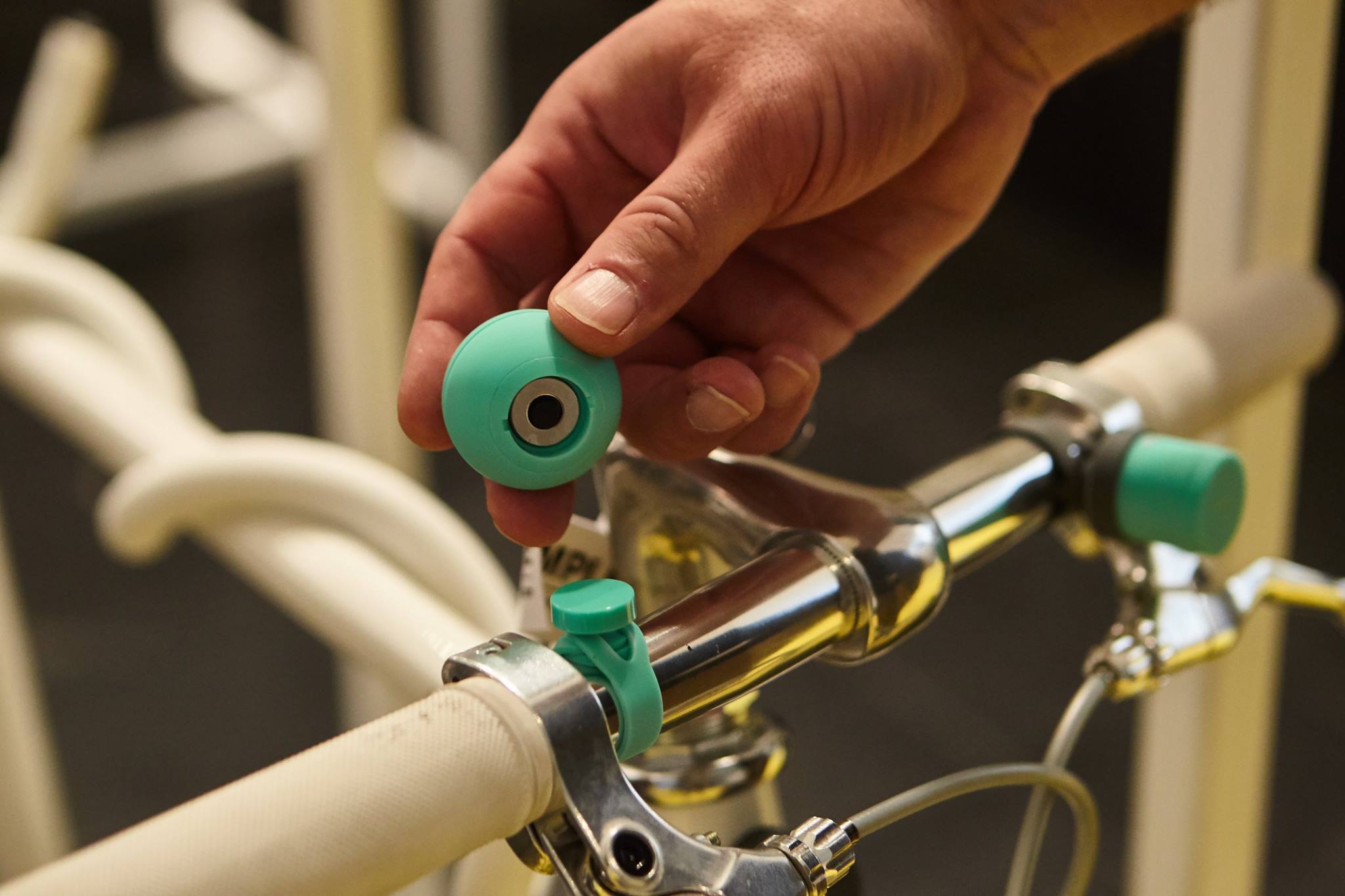 Palomar is an Italian company that focuses on innovative travel products. For only 20 Euros, you can have an easy clip-on and clip-off bike bell. Styled by the Italian designers, it can be fastened to the handlebars of any size or diameter. Once you reach your destination, Nello may be pulled off and slipped into your pocket. No worries about strange sounds – without connection with its magnetic nest, the bell remains silent even when touched. They also offer a magnetic light of similar size. Both would work as a great present! 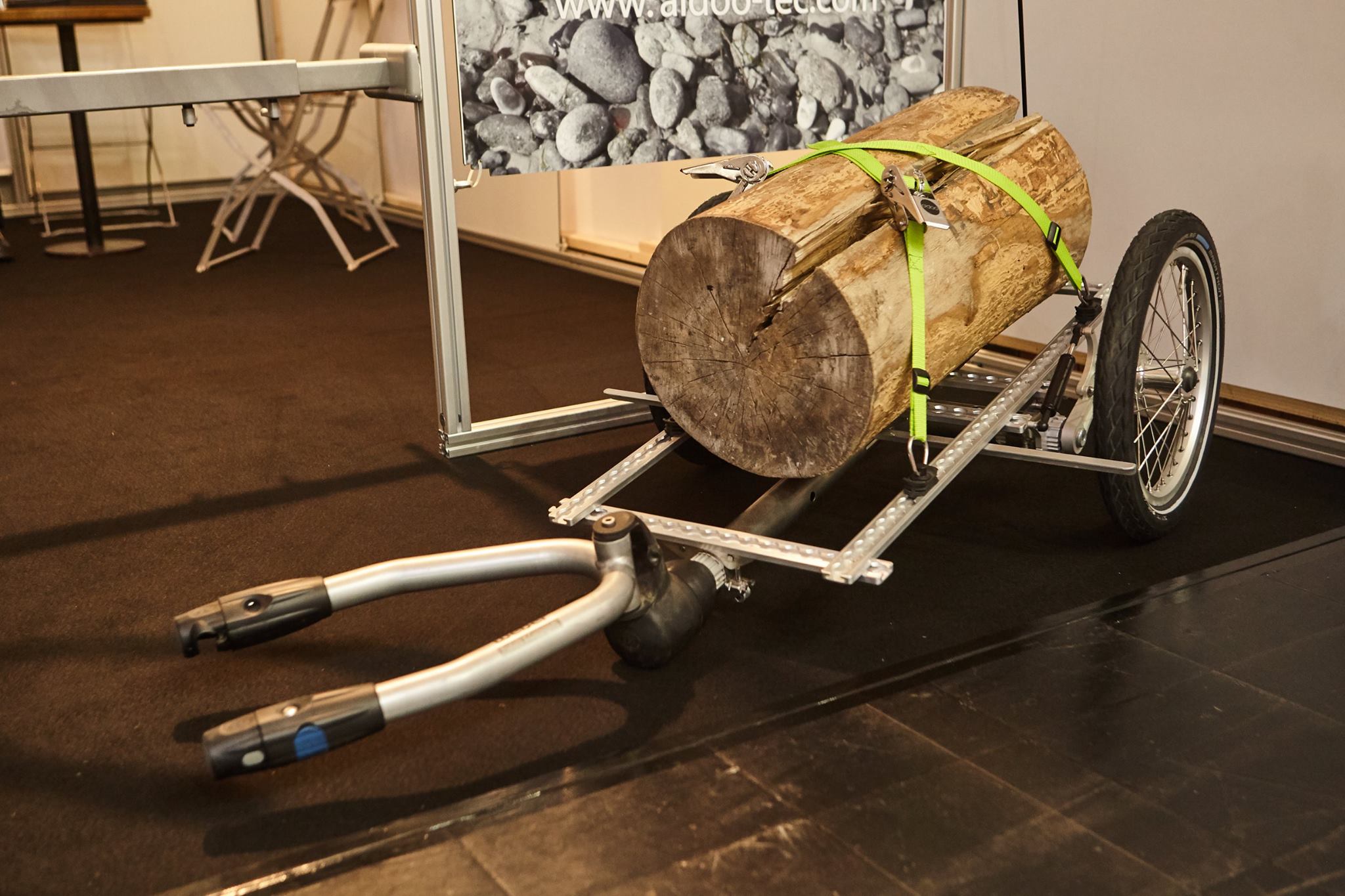 With accessories from the Aidoo company coming from the German city of Lahr, there’s hardly a branch or stump that couldn’t be towed behind your bicycle. In case your piece of wood should be delivered without a delay in a heavy traffic on Friday afternoon, put the nature’s load onto the modern lightweight chariot and keep on moving.