Church of Madonna del Ghisallo: A Shrine to Cycling’s Heroes

High in the hills above Lake Como lies a small ‘chiesa‘, which is probably the only religious place in the […]

High in the hills above Lake Como lies a small ‘chiesa‘, which is probably the only religious place in the world ok with visitors wearing bibs. Filled with both pre- and post-war Giro d’Italia memorabilia, it is home to the patron saint of cycling. Here, Madonna del Ghisallo guards such treasures as bikes from Fausto Coppi, Gianni Motta or Eddy Merckx. The chapel looks a bit like an old bike shop, and where you normally get saints and statues, you find photos of fallen cycling heroes.

The church itself sits at the summit of the Passo del Ghisallo, a 10-kilometre climb famous for being used every year in the Tour of Lombardy and sometimes in the Giro as well. So it is no wonder you meet a lot of fellow enthusiasts here. 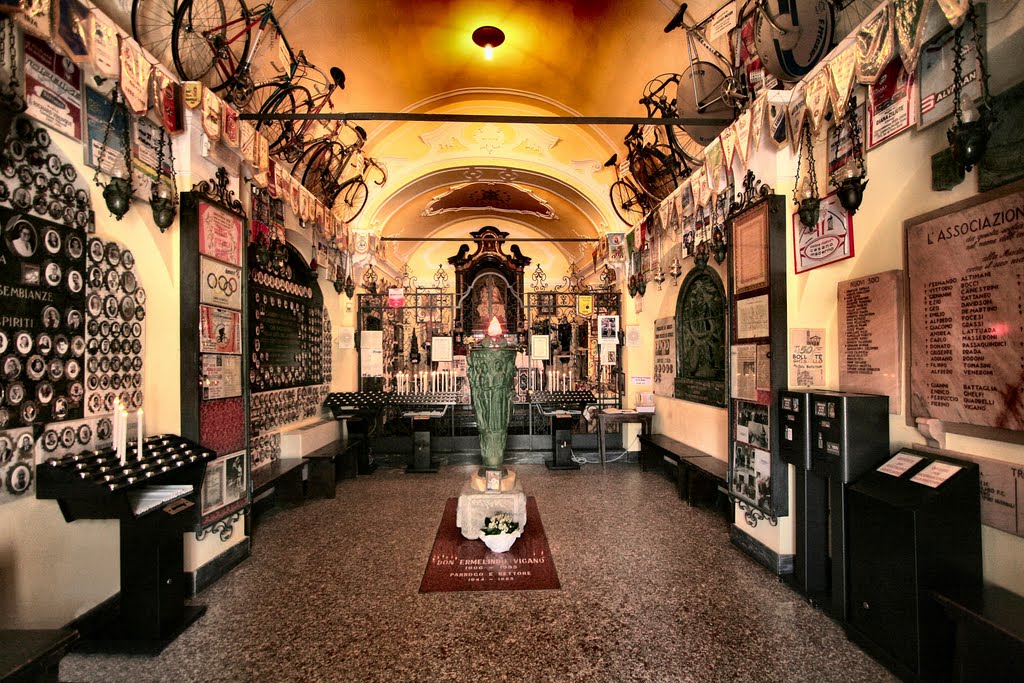 “It’s just one of those things I felt compelled to do,” Thomas from Manchester told me. “It is really peaceful and quiet around here. Almost a tranquil experience of sorts. Thinking about all my childhood heroes, I recommend this to every cyclist out there.”

It is believed that the medieval Count of Ghisallo was saved from robbers by the sight of Virgin Mary here. He offered her his prayers at the roadside shrine, and the Madonna del Ghisallo later became known as the patroness of all travellers. In 1949, Pope Pious XII gave her the title of Patron Saint of Cycling. You can find an eternal flame burning in her chapel to honour the memory of all fallen cyclists, such as Fabio Casartelli. 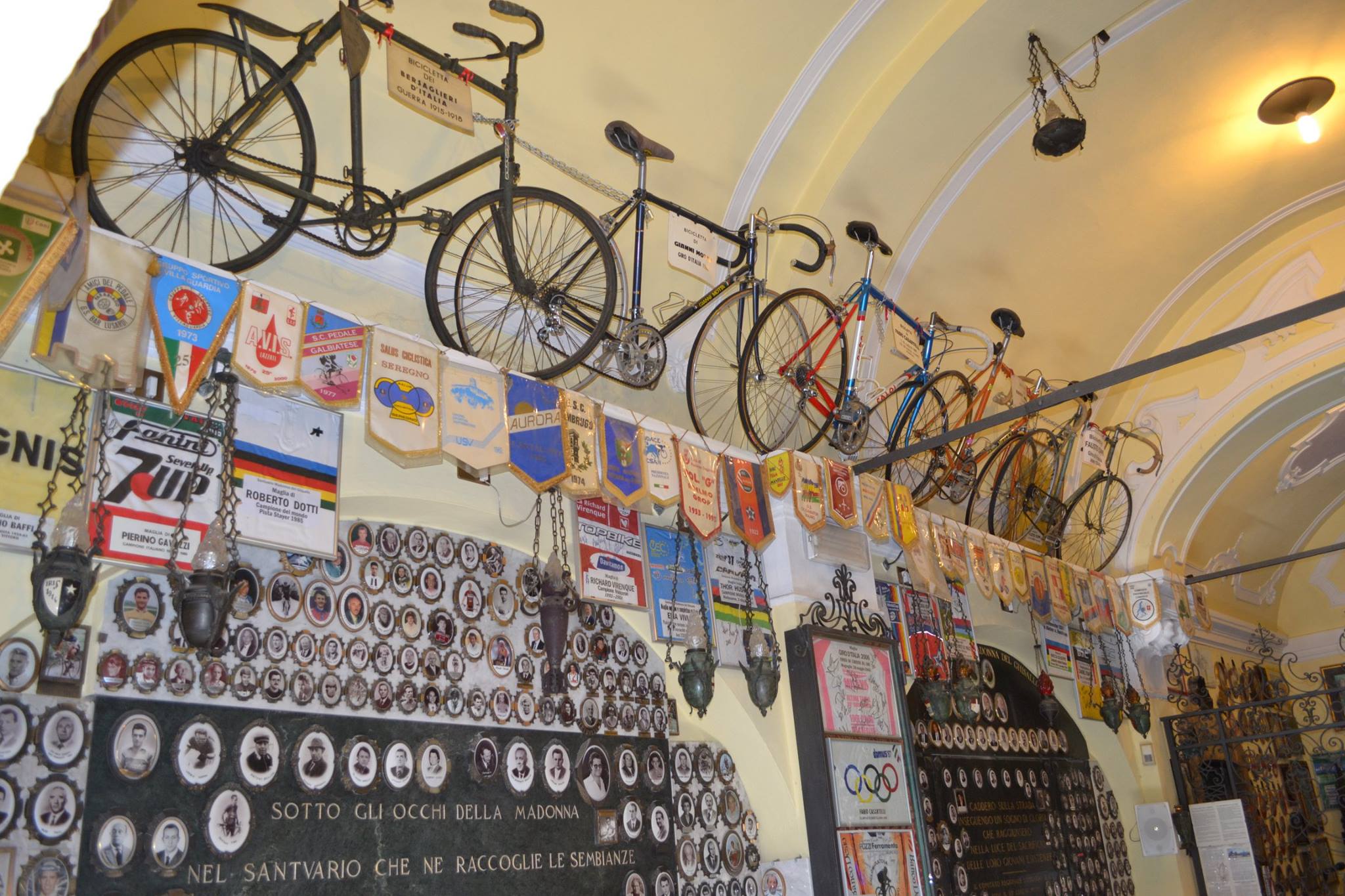 Once you’ve seen the Italian’s fall on the descent of the Col de Portet d’Aspet, you can never forget it. The whole peloton cried that day. And since the 1995 Tour de France, Fabio’s damaged frame resides at the Madonna del Ghisallo’s church as well. It might be the reason why nobody wants to linger very long. But on the other hand, it is one of the reasons why most cyclists want to come visit the place. And as Thomas from Manchester said, it truly is worth it.

Danny Chew: Not Even Paralysis Can Keep Him From His Million Miles Dream

5 Tips for Taking Your Bike on a Plane