When the amount of bicycles outnumbers the population of your country, you’re in need of some serious bike parking. Currently there are 17.1 million Dutch people and 22.5 million bicycles in the Netherlands. That’s why the officials have decided to build the biggest bike parking garage in the whole world, which should ultimately accommodate 12,500 bicycles.

The first part of the 184,000-square-foot space beneath Utrecht’s central train station, which is already open, can hold up to 6,000 bicycles. The rest should be open to public by the end of next year. While it is undoubtedly a great feat, even the biggest bicycle garage in the world might not be enough for Utrecht. Today, 40% of the residents who arrive at Utrecht’s train station get there on a bicycle. And that number is expected to climb even higher. That’s why the officials are already looking to expand the bike parking possibilities. 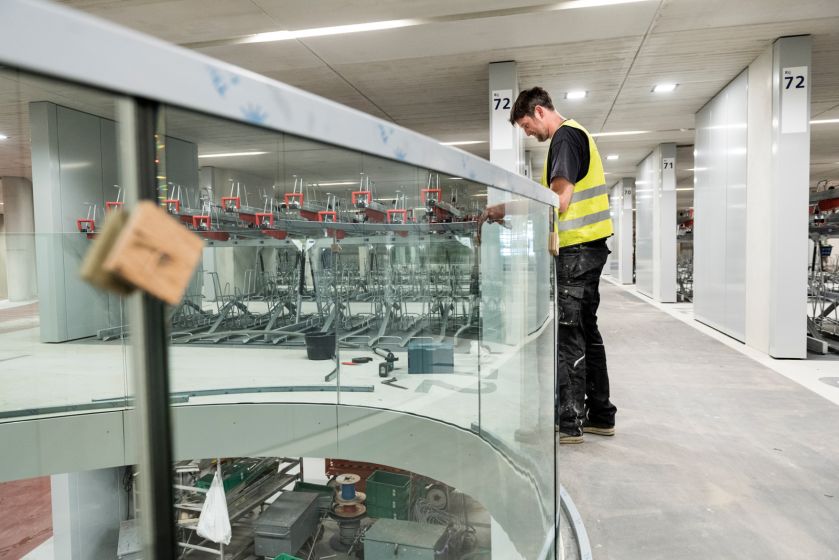 “We will have 12,500 places by the end of 2018. But then we will have to do some research and find more places for the bikes. It never stops. I look around and everyone is trying hard to find spaces – trying hard and fast,” Tatjana Stenfert, project manager at Utrecht station’s square, told Guardian.

Other cities in the Netherlands have already followed Utrecht’s example. A garage for 8,500 bicycles is due to be open in The Hague next spring, and Amsterdam plans to excavate a bike park with 7,000 spaces under its waterfront. There is also a 5,000-space bicycle garage already built at the central station in Delft.