Is There a Leg Shaving Trick to Make You Go Faster?

Shaving one’s legs is ancient news in the pro-cycling world. It’s been proven that getting rid of your shin carpet […]

Shaving one’s legs is ancient news in the pro-cycling world. It’s been proven that getting rid of your shin carpet will help you save a few watts, thus letting you have a few-second advantage over your rivals in the end.

But what more can you do to become more aerodynamic, apart from making your legs velvet smooth, getting a tight-fitting skin suit, and spending some hard-earned money on aero wheels? According to research, your body accounts for 80 % of your overall drag, leaving your bike with the remaining 20 %. This particular factor is called CDA, aka Coefficient Drag Area. It’s measured m2 and the lower the number goes the more aerodynamic you are.

Villagers Throw a Birthday Party for a Dangerous Pothole

The logic commands that you should make your overall body surface as smooth and polished as possible, but there might be exception to this rule. As we mentioned above, you might not want to get rid of ALL your leg hair. If you have been paying a close attention to British pro scene you might have notices strange thin stripes going down the racers’ shins. Those are Aero Trip Strips, or ATS for short. 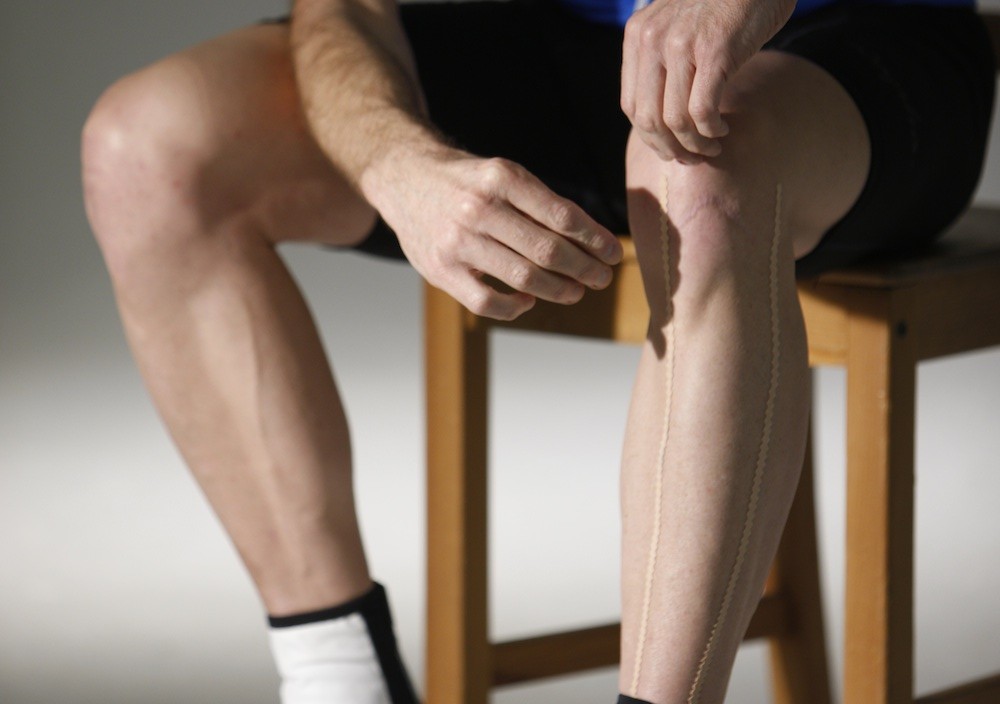 The (aerodynamic science) rumour has it that if you position these stripes at 45 degrees either side of the shin, they allow your lowers legs to fly through the air more drag free. As the manufacturer of ATS, Xavier Disley of Aerocoach, informs us, this is done by converting air that hits you under the knee from laminar into a turbulent flow earlier, encouraging the air to cling to the leg longer before slipping off it. Correctly positioned trip strips could, allegedly, save you up to five watts, which equates to around seven or eight seconds over a 10-mile time trial.

That sounds quite impressive and in a pro race these second could be decisive, but the Catch 22 moment is that ATS aren’t allowed at UCI-approved events, so racers had to improvise. Some riders tried to replicate them by leaving stripes of unshaved hair on their shins, therefore acquiring organic ATSs. One such example can be seen in an Instagram post by cyclist Alex Dowsett below, where he alludes at the potential gains:

The downside is that while these might be UCI approved, for the “trip strips” to work they need to be exactly positioned and have to have V-shaped dents in them, which is hardly achievable with body hair.

So far, not even Xavier Disley has been able to prove the potential gains of hair “trip strips”, leaving their effectivity probably marginal, but hey, at least you can rock cool shin mohawks.

37 Signs You Are Addicted to Road Cycling

The Stakes Are Medium! Check Out the New Trailer for Tour de Pharmacy

Choosing the Right Gear Ratios for Your Road Bike