It was the year of 2013, when a group of urban cycling enthusiasts put their heads together and conceived an idea that would become the biggest successful bike sharing project in the Czech Republic, used both by locals and tourists. Enter Rekola.

It all started with a group of Prague’s locals who were friends with Vítek Ježek, the current Rekola CEO. They painted seven bikes pink and put them out in the streets in one Prague’s quarter, just like that. Later they recognized that adding bike locks would be much more reasonable solution and fitted the bikes with safety measures. To borrow the bike, one got a card with all seven security codes for the lock combinations. Ježek, having background in a web design, has a certain IT knowledge and education and came up with the notion of turning this user-friendly project into an interactive application. But this group wanted to stay local and refused Ježek’s offer to kick it up a notch, so he and a bunch of friends decided to start their own thing. From this moment on, it was pretty much a trial-and-error adventure. 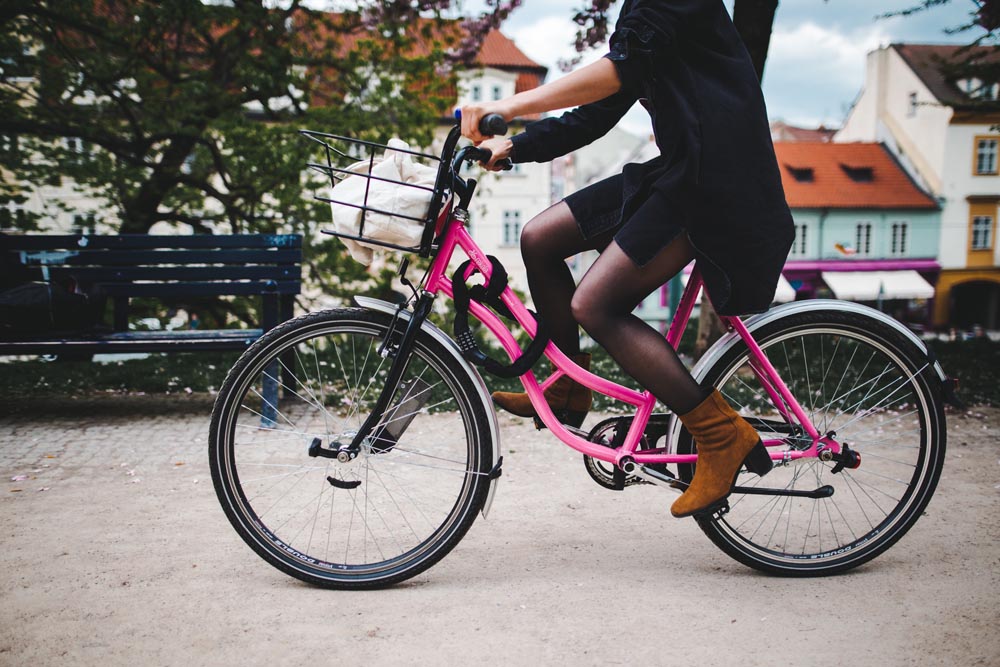 In the very beginning, there was a non-profit organization run by volunteers who devoted all their free time, including weekends, to see their vision through. Using crowdfunding turned out to be a very successful idea and helped to get the business on its feet. The very first bikes were donated in exchange for the membership or bought from pawnshops or flea markets for dirt-cheap, but, after some time, they started to professionalize both the project and the bicycles. Right now, Rekola boast numbers of brand new bikes and the refurbished ones have unified sets of new components. They kept the original idea’s colour, though, and by the end of 2013, first sets of distinguishable fuchsia pink Rekola bicycles started appearing in the streets.

Curiously, what people really seem to like about the whole system, besides its obvious benefits, is the personalisation of the bikes. They all have names instead of boring codes and the names frequently stem from favourite movies (Neverending Story), TV series (Red Dwarf), or even various fish. Thanks to all the tracking data, the Rekola team discovered that certain users are able to travel some distance just to borrow they favourite “pet bike”.

The cornerstone of this project is the well-built application with fast and agile system of bike shares. Upon registration on the Rekola website, putting in your card details, and choosing the right tariff for you, you’re free to ride your way through the city on a daily basis. Every bike has its own unique code and after you put it in the application you’ll immediately receive the bike lock combination and off you go. After you’ve reached your destination, you simply lock up the bike again and tick it off in the app as returned – your smartphone will pin down the bike’s exact location for both the Rekola team and all the other users to see. Smart, easy, and efficient.

The application favours users with smartphones, as the whole process becomes much smoother and efficient, but older phones’ owners need not to worry – you can use the app via SMS message by typing out your current location. Although according to Rekola team’s data, only about 3 % of the users are accessing the bikes this way.

Besides its main bike-lending purpose, the app will also guide you to the so-called “Rekola friendly points” where it’s safe to leave the bike, so it’s visible and isn’t obstructing both the pedestrians and the traffic. As for the planned future features, there’s supposed to be a public transportation calculator for the city of Prague, showing you where bike sharing actually saves you time over subway or trams. Other such nifty additions will include maps of cycling sightseeing tours in respective cities, including venues and cafés supportive of the enterprise. The really big future plan is to fit all bikes with GPS devices, which will make borrowing and tracking down stolen bikes a matter of seconds. Currently, they have already few GPS installed on the bikes and after monthly test period they are going to rollout GPS to all Prague bikes. 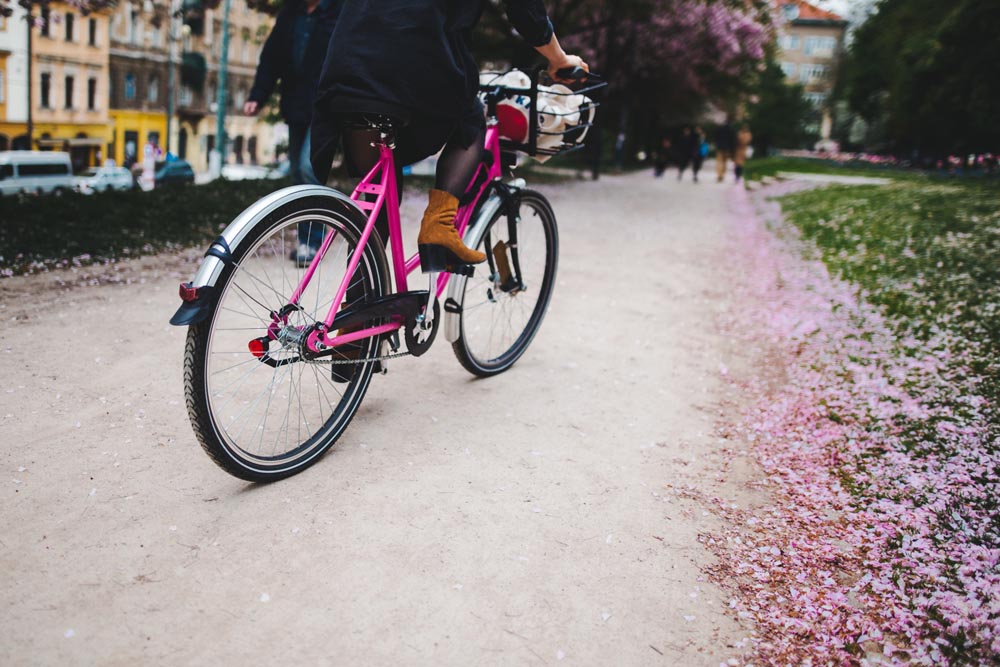 There are 75 people running the system as of now, including those “in the field”, fixing the bikes, and the rest providing IT support and taking care of the application. The team also consist of the so-called “movers” – people who transport the bikes from distant locations, where they tend to end up in bunches, to downtown hubs where they’re needed the most. Apart from Prague, the Rekola system is currently functioning in four other cities.

“The city of Prague isn’t behind this project or contributing in any way, it’s more or less a guerrilla one. The Prague Public Transit Co. Inc. organization issued a tender but we pointed out its many flaws, so they noticed us, just not in the way we would want,” laughs Vítek Ježek, Rekola’s CEO. The tender was drawn under unfair and biased conditions and the Rekola team eventually managed to get it finally legally cancelled this March after a long and drawn-out process. 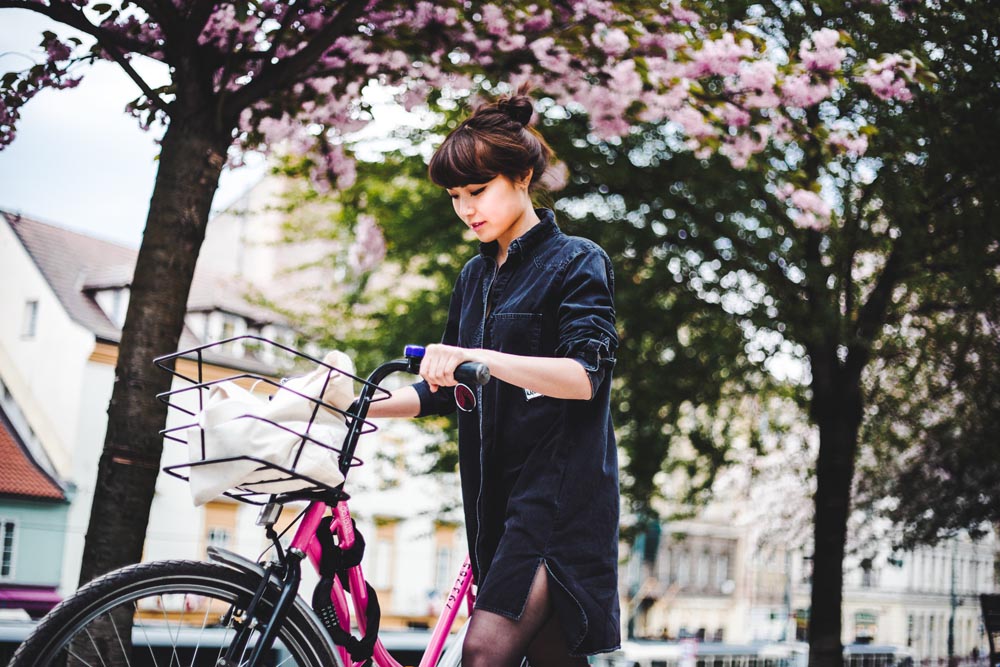 Current available institutionalized bike sharing programs aren’t affordable, therefore viable for smaller cities right now. But Rekola’s system is able to get the work done for approximately fifth the price. And what’s more important – it’s time-proven and it works like a charm. The plans are currently underway for trial run offers for smaller cities. Rekola will provide these cities and towns with their trusted data and analysis of the bike sharing traffic and the city officials can then decide if they want to run and implement the “full” version. They would also be more than happy to help any city outside the Czech Republic and spread their system across Europe, so if you know somebody on your local city council who might think this a good idea don’t hesitate to recommend Rekola to them. For just €24 000 city will receive 50 bikes for 3 months and valuable data about their usage and next steps in bikesharing planning.

And if you are around Czech Republic – just try it! Enter code “try_rekola” in registration process, and you got first 3 rides with 50% discount.

Tour de Pharmacy: Watch the Trailer for HBO’s Mockumentary About Doping in Cycling