However rare the case may be, extreme levels of pollution can sometimes cancel out the benefits of cycling. World Health […]

However rare the case may be, extreme levels of pollution can sometimes cancel out the benefits of cycling. World Health Organisation named a few cities in particular where only 30 minutes of riding could potentially harm your health. You probably don’t have to worry about it, though, as such conditions are linked only to 1% of cities in the whole world.

Legacy of the Dabbawalla: The Most Effective Couriers in the World

“If you are beyond the break-even point, you may be doing yourself more harm than good,” said Audrey de Nazelle, one of the authors of the report. 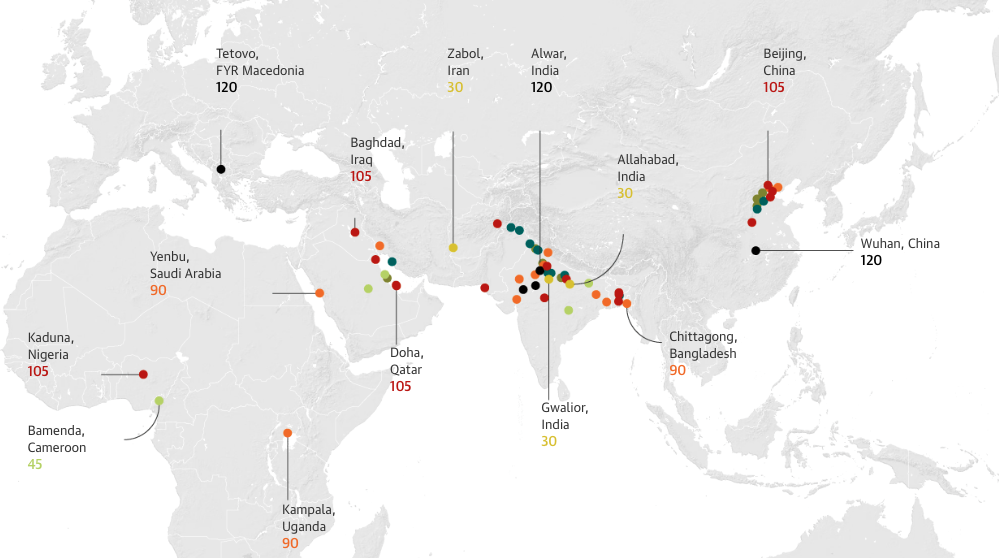 The worst areas for any physical activity include Zabol in Iran and Allahabad in India. You can check out the rest in the picture above. The research listed even Doha, Qatar, which hosted the 2016 UCI Road World Championships. Anything over 105 minutes of cycling could harm your health over there.

By contrast, the air quality in all European cities is good enough for the benefits of cycling to outweigh the harmfulness of pollution.

“The benefits of active travel outweighed the harm from air pollution in all but the most extreme air pollution concentrations. It is not currently an issue for healthy adults in Europe in general,” said Nazelle.

The bike-unfriendly city of Mumbai, which played host to our Mumbai Mess, has the tipping point at 60 minutes. Thank God our race was shorter than that.

The Golf Bike Designed with Effectivity and Turf in Mind