Another Monday is here and our news from the world of cycling with it! So, what did you miss? Porte […]

Porte to Win Tour Down Under?

Richie might have not competed since the Rio Olympic Games so even he doesn’t know what form he’s in, but that doesn’t seem to matter to the Australian. Winning the Tour Down Under is his number one priority.

“I think I’m in pretty good condition and super motivated for this race this year. On paper it probably suits me more than it has in the past few years. I think it’s always easy for us Aussies to be motivated for Tour Down Under. For me, it’s probably the most enjoyable race on the calendar,” Porte said.

BMC has provided Richie with a great line-up to aid him in the 19th edition of the Tour Down Under. Newly crowned Australian road champion Miles Scotson, Rohan Dennis, Danilo Wyss, Amael Moinard, Francisco Ventoso, Damiano Caruso, they are all ready to help Porte to reach his goal. Will it be enough? What do you think?

Is it Big Macs they’re looking for? Team Sky’s new acquisition Owain Doull posted a photo on Twitter that raised some questions. Was it really just the frozen cokes?

Drive throughs aren't just for cars are they? Nobody panic we had frozen cokes 😂 pic.twitter.com/npgYv4XC5S

If you’re a pro going for the world record, you’re not expecting to get overtaken by any rider, let alone a simple farmer on a rusty frame. But that is exactly what happened in Colombia a few days back and you guys seem to love the story. It was our most read article last week and you can check it out for yourself HERE.

The CEO of Taiwanese brand Velocite Victor Major claims that his company holds patents of concave down tube design. This could mean trouble for Pinarello as they used a very similar feature on the new Dogma F10 and the Bolide TT frame as well. Velocite has been using the design since 2015 when they have released the Velocite Syn road bike. 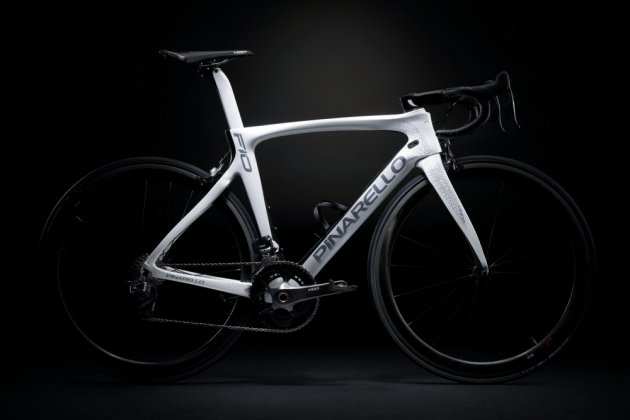 Victor Major has contacted Pinarello before, but never got an answer despite the fact that the company acknowledged receiving his letter. But silence is no longer possible for the famous brand. In response to Velocite’s claim Pinarello stated that it will not tolerate and will take appropriate actions against any unsupported allegation, explicit or implicit, of being an infringer or a ‘thief’.”

How will this pan out? We’ll surely keep you posted in the upcoming months.

The Best of Red Bull

Relive the best MTB and BMX moments with this video!

Bike Mine: The Most Explosive Theft Protection in the History of Cycling