At the very moment when it was announced that Innsbruck, Austria, will be hosting the 2018 UCI Road World Championships […]

At the very moment when it was announced that Innsbruck, Austria, will be hosting the 2018 UCI Road World Championships it was crystal clear that the course will be most probably designed for climbers. You can turn virtually in every direction while being outside at this ski resort and you’ll find breathtaking mountain views.

As the UCI president, Brian Cookson, aptly remarked even before anything was known of the course: “I have no doubt that Innsbruck will provide a stunning and challenging route for riders to compete on, as well as a wonderful, unique backdrop that can only add to the spectator and viewer experience.” Well, he definitely wasn’t anywhere far from truth. As you can see in the leaked tweet by Italian journalists below, which is supposed to depict the last two laps of the course, there will be two killer climbs present. 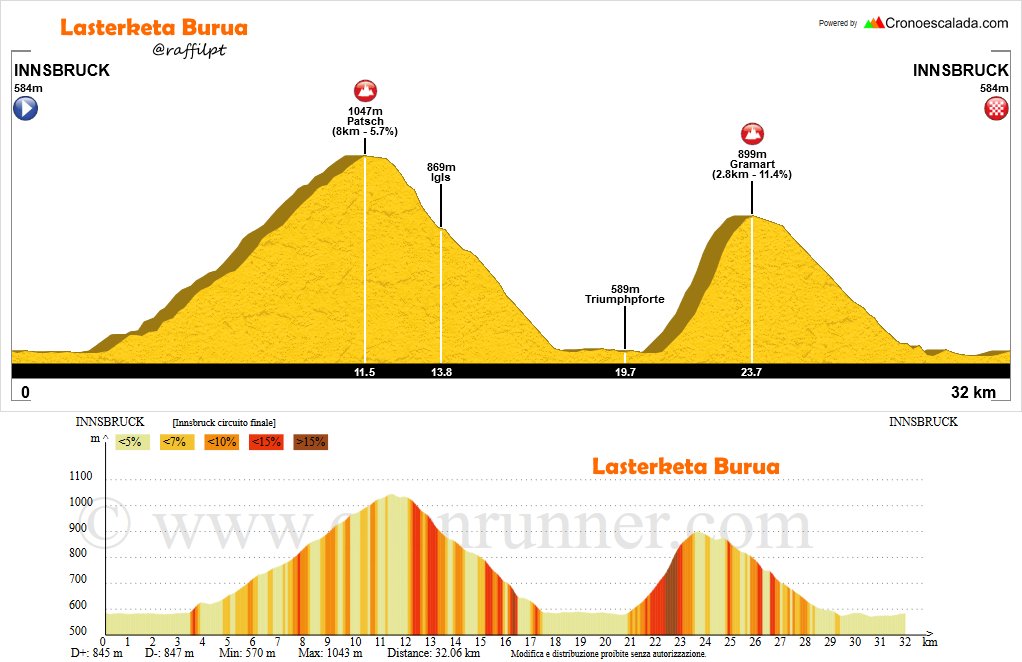 Although the UCI haven’t officially confirmed this devilish setup, the organizers seem very decided. From what we can gather so far, the first climb is a steady 5km ascent with an average gradient of 5.7 per cent to the village of Patsch to the south of the city. From there the course descends back into the city but then, although shorter, more vicious climb at the other side of the city awaits the riders. Even though it’s only 2,8km long, it has an average gradient of 11.4 percent and, as if this wasn’t enough, has a 17 per cent section in the middle, which belong into a Strava category titled “Hell”. How tempting.

The men’s race is expected to be about 269km in length and the finishing circuit will be tackled twice at the end of it. The race starting line is expected to be in the town of Kufstein, but an official announcement is yet to be made. No matter what the final decisions will be, we have a hell of a race to look forward to. We can only guess that Sagan won’t be too happy about this one.

Who Is Robert Marchand: Life of the 105-Year-Old Phenomenon