If you feel that your life has transformed into a series of constantly recurring and stereotyped experiences, you can join […]

If you feel that your life has transformed into a series of constantly recurring and stereotyped experiences, you can join the Icy Winter Bike Commuting Challenge group on Facebook. The club membership requires regular commuting to your job by bike instead of using some more convenient ways, even if there would be a raging snowstorm outside. Sounds like a great adventure?

For those who think this is still not cool enough we have another proposal – do it like Eric Larsen. Who’s that guy whose name sounds like it belongs to some Norwegian arctic explorer from the beginning of the 20th century? Eric Larsen is an American polar adventurer, dog musher, and expedition guide, who has spent the last 15 years of his life in the most remote and wildest parts of the planet. And yes, he admits some of his ancestors truly came to the United States from Scandinavia many years ago. 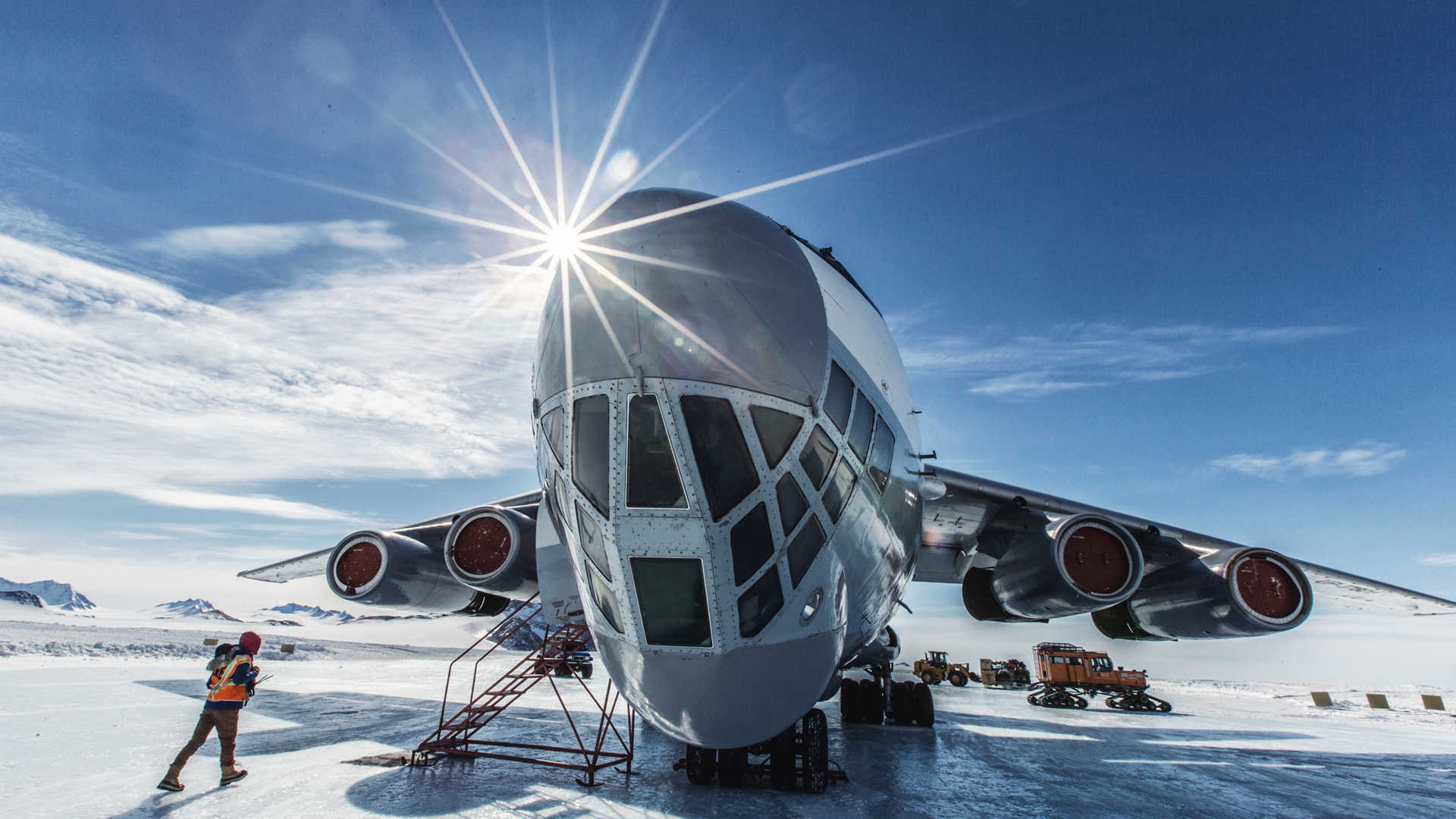 In 2006, Eric and his friend Lonnie Dupre were the first men on Earth who completed the summer expedition to the North Pole. In the period when ice is melting, it’s very dangerous to roam in this part of the world and these two daredevils made it just by pulling and paddling specially modified canoes. Three years after this expedition, Eric reached the South Pole for the first time in his life. Since then, he fell in love with this hostile continent forever and started to repeat his visits frequently. Today he, for example, belongs to the few Americans who skied to both poles, to name only one of many records he’s got under his belt.

After some more expeditions, Eric came with an utterly new idea – why the hell there still has been nobody who would attempted to cycle to the South Pole by bike? What sounded like an insane idea became a subject of the first experiment of 2012. Theoretically, it didn’t look impossible. More or less, you are just pedalling or pushing your bike predominantly to the South hoping that all the feelings about outside temperature dropping down to forty degrees below zero are just some kind of hallucination. But they’re not. Losing your glove or mitt can really turn into losing some of your well-liked fingers. You can hardly choose which one of them will go first. Everything here must be very well planned and you better follow the schedule. Is your food supply sufficient for eight days? Unless you’ve been trained by hunger strikes in Brazilian prisons, you’re recommended not to go beyond this point. 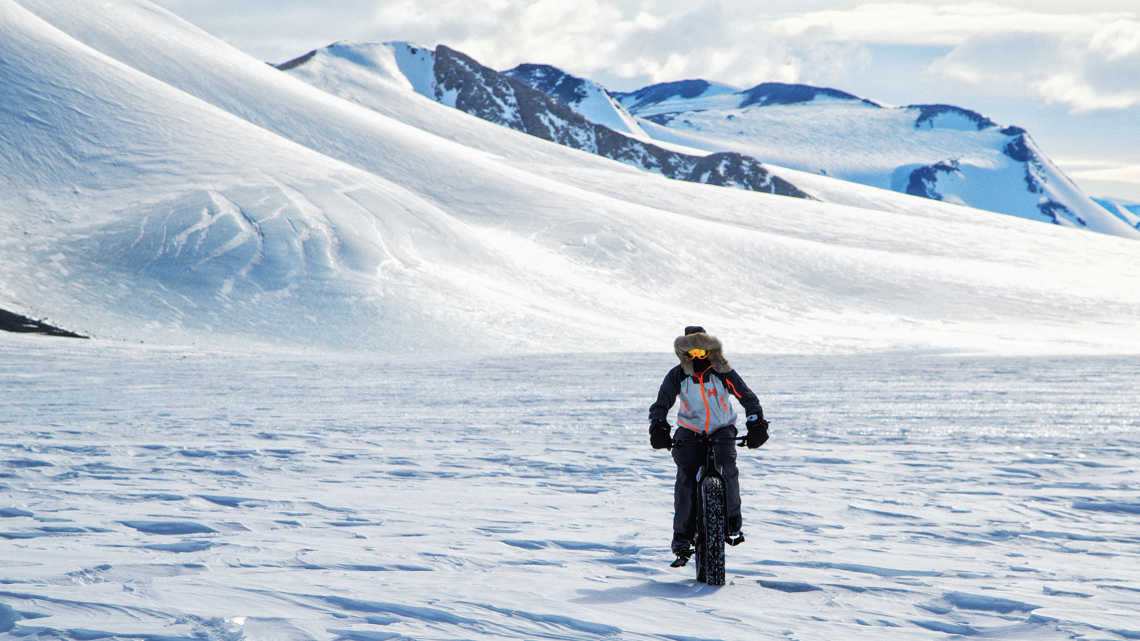 However, after many days of struggling and three hundred kilometres Eric had to give up and with broken hopes, he came back without reaching the destination. The failure turned to be even more pitiful when he was beaten by another American bicycle enthusiast Daniel Burton who successfully cycled to the South Pole only two years later.

Once committed, Eric decided to arrange a second bicycle expedition regardless of the fact that the primacy was lost. In January 2016, Eric landed in the Antarctica with his client Yoshi for another attempt. First days they both spent in the Union Glacier Camp, which is the only private seasonally occupied campsite located on the continent. All equipment needed is supplied by the obsolete but immortal Ilyushin Il-76, Soviet airlifter produced in 1974. After some days of testing their Trek Farly fat bikes, the guys took another plane which delivered them, after five more hours of flight, to the starting point of the expedition. 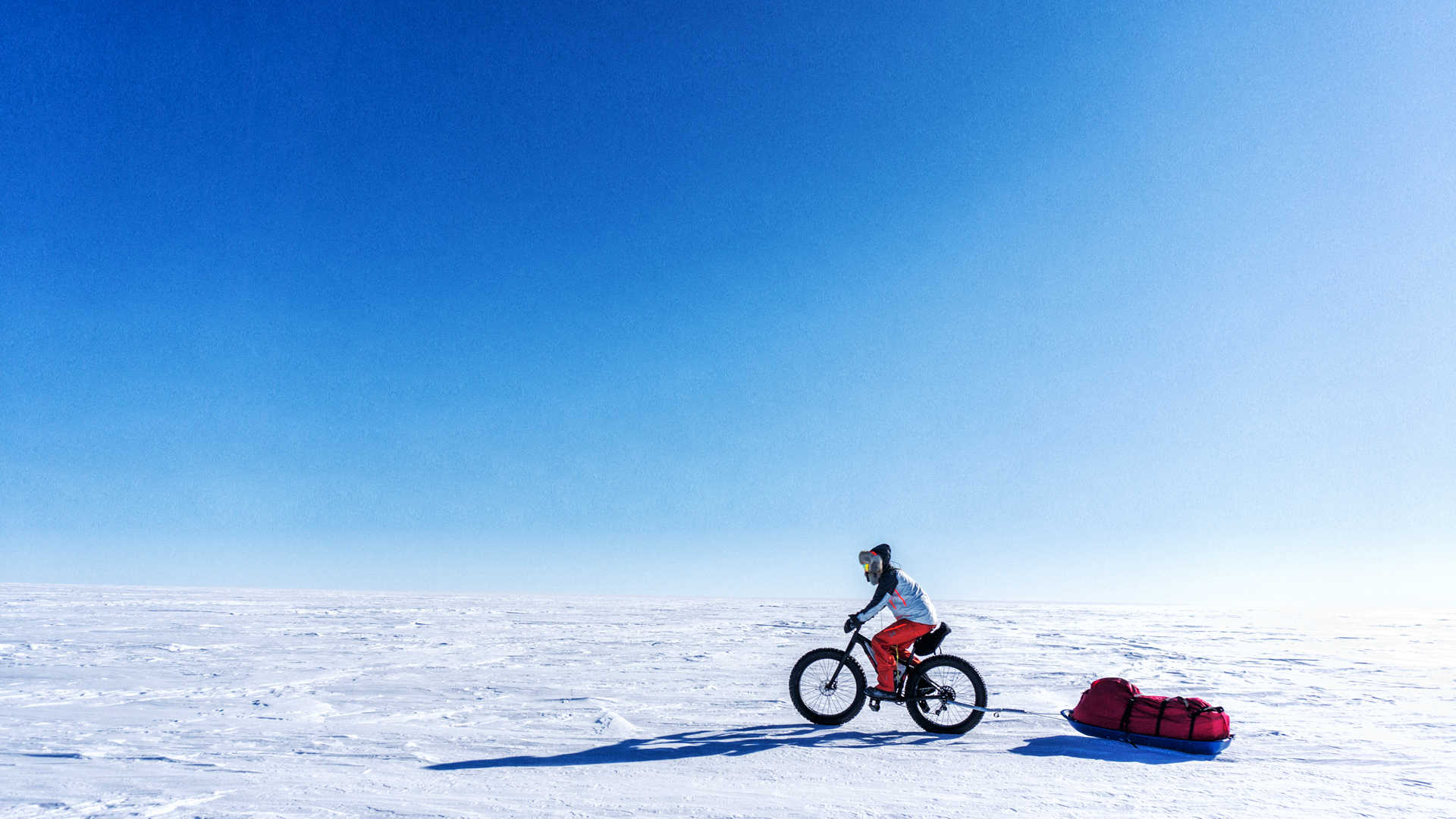 With all the luggage carried in the sleds, the duo set out on the journey. If you decide to organise a trip like this, you should prepare yourself for a very monotonous spectacle. Whatever direction you look you will see snow. One large, overwhelming mass of water converted into white infinity. While in the normal world, you are accustomed to constant visual distractions, here it’s all about the same. “Sooner or later, you come face to face with yourself and for some, it can be a scary moment,” wrote Larsen in his diary.

One of the surprising things is that in Antarctica camping is quite comfortable, which is caused by dry climate. Once you set up the tent, temperature inside it is above zero. Yet this is no holiday in Miami. Every morning it took about two hours of preparations before the cyclists could carry on riding. Another hour they usually spent by warming up and putting their stiff muscles into a proper motion. Because it is so dry, the snow acts against the sleds towed behind the bikes with the resistance of an indoor trainer, and the sleds are using the same Thule systems as your holiday chariots for small kids.

Fortunately, this was just a short expedition without any racing ambition. The guys just wanted to enjoy and accomplish their mission. That’s why they easily followed a snowmobile trail with compacted snow, which made the ride smoother and pedalling relatively efficient. It was only necessary to avoid areas with soft pockets where you can have your wheels bogged. Following the trail heading to the south also made the navigation easier. After every hour of riding, they made a break to eat some snacks or drink some water.

With a great weather and temperature ranging from – 30 to -40 °C they reached Amundsen-Scott South Pole station after seven days of hard riding. The achievement was celebrated by a bottle of beer and obligatory photos with South Pole sign. This is good news for everyone considering a fat bike mountain expedition. If those bikes available for $4600 in your bike shop survived a ride to the South Pole, they will probably cope with anything in the world.