It’s incredible how there are people who are capable of stringing barbed wire, knowing that it can actually kill a person. But those things really do happen. Watch out for barbed wire, boards of nails, logs, oil spills, and other traps deliberately set for the riders by people who literally don’t love cycling. 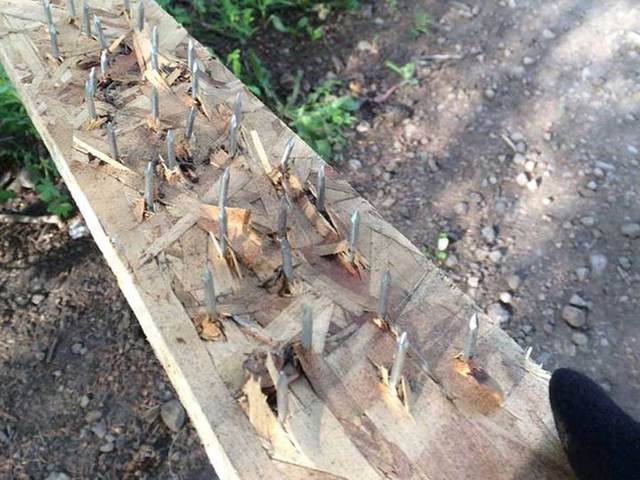 In spring 2014, Manuel Fernández went out to ride his mountain bike with some friends, taking a route that links the towns of Bueno and Palomar in Asturias, northern Spain. According to the El País Daily, the 57-year-old was leading his companions down a hill. He had no chance to see the piece of barbed wire that had been strung between two trees. Fernández smashed his face into the wire, which knocked him off his bike. He had fallen victim to one of the many booby-traps that have become increasingly common along bike paths across Spain. Some of them are not placed intentionally to cause harm. Sheep and goat herders string up razor wire to keep their flocks from wandering off. But sometimes hunters, ranchers, and land owners set traps to prevent cyclists from speeding through their properties. Other riders have reported encountering boards of nails on the paths, which are designed to flatten the tires of anyone who runs over them.

Logs on the trail 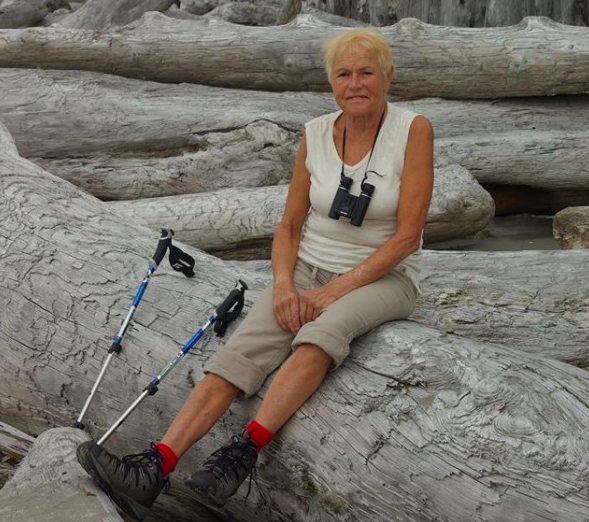 Tina (Tineke) Kraal blocked several trails in the North Shore area of Vancouver with large logs and boulders. Riders first encountered these unwanted obstacles back in August last year. When the hazards continued to appear along the designated public MTB trails, two regular users took it upon themselves to set a trap of their own. The bikers rigged the trails with discreet security cameras to find out who had ben setting up the obstructions. They passed the footage on to the authorities when they noticed that somebody was sneaking into the forest at night and placing logs and boulders along the favourite trails. Finally, the 64-year-old woman has been sentenced to three-years’ probation and 150 hours of community service this January. Her motives for endangering the lives of mountain bikers were that she regularly walked her dog on the same trails.

Catcher with a wire

In march 2016, some sick thugs laid barbed wire booby-trap across a bike path at neck height, designed to maim or kill cyclists, Mirror informed. It was probed by local police officers, and cyclists said the wire was “capable of tearing out someone’s throat” and reacted with outrage not only on social networks. Barbed wire seems to be a favourite weapon of the cyclists’ haters. Tens of similar incidents were reported in recent years from places like Guisborough forest near Middlesbrough in UK, from Koblenz, Türkenfeld, and Wasserliesch in Germany, from Bridgend in Wales, or from the forest path near Delgany, Ireland. In 2013, Tim Zimmert crashed into strung wire in the height of his neck when he was riding his mountain bike in Oberhausen, in the German Rurh area. Days after the accident there was still a visible harm to his throat. Most of the cases were investigated but with only one perpetrator seized.

Tacks and oil spill on popular climb in Australia 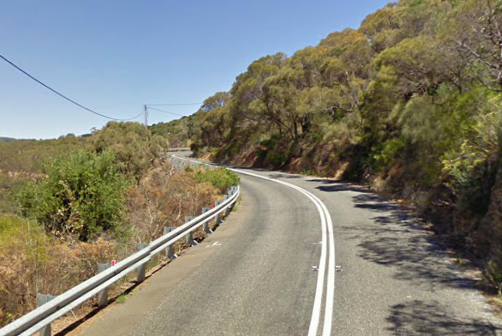 One of the most popular roads for cyclists in Australia has been repeatedly booby-trapped with potentially deadly tacks and oil slicks in summer 2015. Much like the famous “1 in 20” in Melbourne, Norton Summit is used by local cyclists as a benchmark climb. Dozens of cyclists have been spotted fixing punctures on the popular hill climb road, as tacks and nails have been deliberately strewn across the road on at least three occasions. Luckily, nobody was harmed 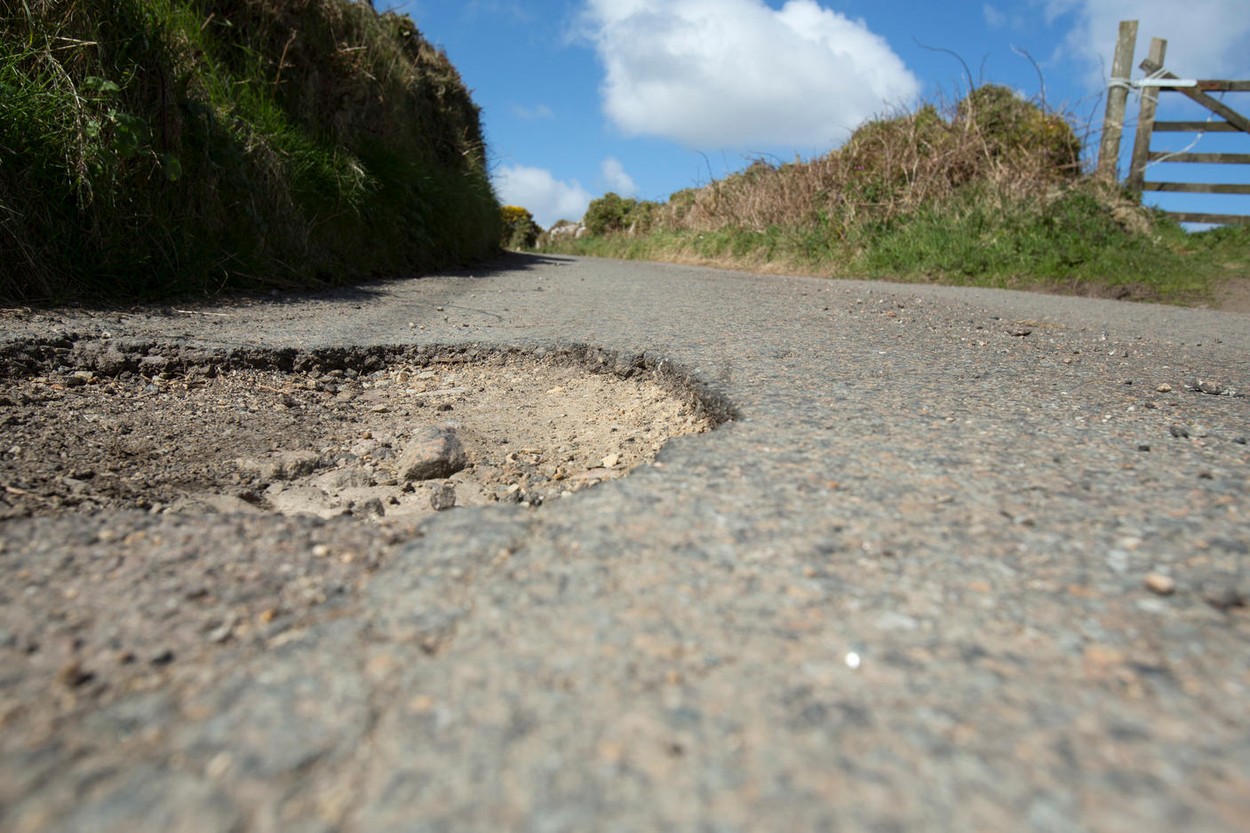 Potholes can be more than a nuisance. They can be a danger to cyclists and others. Mother of three, triathlete Kate Vanloo, was tragically killed this year on Sunday January 3rd after being thrown off her bike when she hit a water-filled pothole in Warwickshire, UK. In Europe there’s an average of one road defect for every 110 metres. Local authorities have the duty to maintain the roads, but they can only fill a pothole if they know about it. If you want it repaired, you have to report it. A lot of communities have emerged, fighting for better roads in better shape, as e.g. Fill That Hole in the UK (FillThatHole.org.uk). More from us about the campaigns against potholes will come in the near future.

11 Cycling Things Every Driver Should Know