What Does It Take to Make a City Truly Bike Friendly?

The nightmares are traffic congestion, the hunt for urban parking and our busier cities. Parts of the solution we all […]

The nightmares are traffic congestion, the hunt for urban parking and our busier cities. Parts of the solution we all dream of are more journeys by bike and planning our cities for the future.

Copenhagen’s dream transformed the city into the world champion of urban cycling.  The benefits are a healthier, happier population with less dependence on cars.  Nearly half of everyone who commutes to school or work does so by bicycle, and they do so looking great.  The Danish don’t need helmets or lycra, and the term #cyclechic is synonymous with Copenhagen.

What made the city so bike friendly? Copenhagen built 454km of cycle lanes that connect every major landmark and district in the city.  Cycle routes lead directly to their destination so it’s just more convenient to hop on a bike in Copenhagen; and the inhabitants are living the dream.

Portland’s Dream Was Big, But Their Spend Was Low 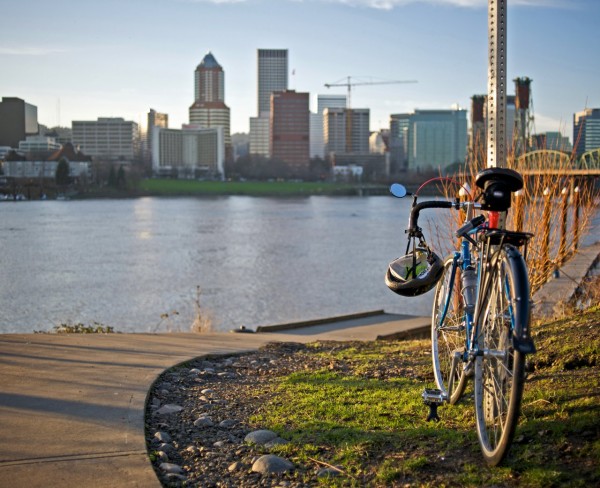 Portland is America’s capital of weird. In such a car-friendly nation Portland characteristically bucks the trend and has over 500km of bike lanes for its 600k population – more or less the same ratio of cycle lanes per capital as Copenhagen.

In 2009 the Portland Mayor’s office estimated that the city spent approximately $52m on the cycling network.  After rounding the estimate up to $60m Portland’s mayor Roger Meller said the entire spend on 500km of bike lanes was equivalent to building 1 mile of urban freeway.

The Dreamers of Seville

Everyone was taken by surprise when the 2003 administration rapidly committed to building 80km of segregated bicycle lanes, to be completed in one go. The effect was that Seville’s number of journeys by bike didn’t just double or triple, it multiplied 11-fold in just a couple of years.

It shows that if you build it, the cyclists will come. Keeping the best of the Spanish character, the dream was bold and the action was decisive. 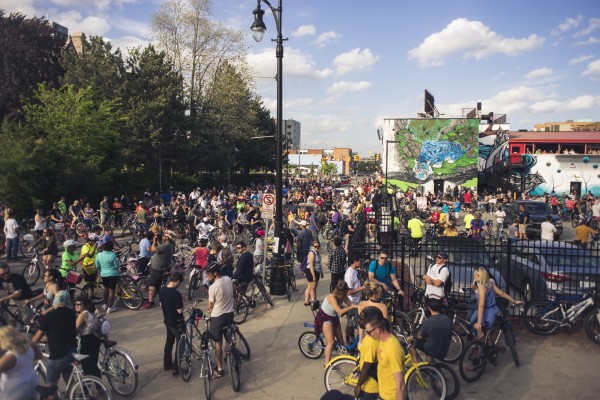 It’s strange to think that the city once famous for its motor industry now celebrates cycling with a weekly group bike ride of over 3,000 people. As industry and population left the city, the reduction in congestion created the opportunity to do something else with the under-utilised motor vehicle infrastructure.

Since 2006 over 170 miles of cycle tracks have been introduced, and there’s been a 400% rise in the number of cyclists on the roads since the turn of the century.  Once cycling was an underground pursuit, but now it’s back on the main street.

Do the Dutch Dream of Electric Lanes?

The Dutch are no strangers to technology and the techno-dreamers in the Dutch town of Wageningen have installed heated pipes that keep the temperature of the lanes above freezing point. A 50-metre stretch of cycle path heats up when the weather drops below 5 degrees Celsius (41 degrees Fahrenheit).

The heat comes from stored and recycled energy and means that cycle paths don’t have to be gritted – better for the environment and better for your bicycle chain. 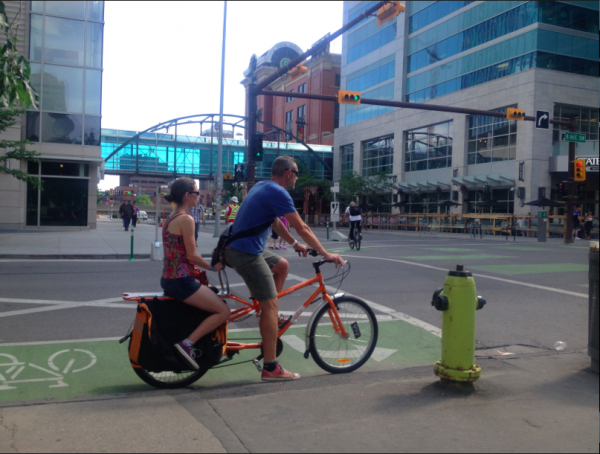 There is more to this Canadian city than the Hart wrestling dynasty.  When Calgary created a barrier-segregated bike lane straight through the city centre, cycle usage spiked.  Usage of the route more than quadrupled, and helped overall bike trips in the city to rise by 26% in a single year.  Amazingly, the project cost 19% less than the projected $7m budget, and it’s this dream other Canadian cities are hoping to copy.

Fold & Ride – the Best Folding Bikes on the Market