We can barely imagine a cyclist who has never in their life rode a bike fitted with components made by Shimano Inc. One of the greatest bicycle-component manufacturers is going to celebrate the company’s centenary next year. Established in Sakai, Japan, the company grew to be a global leader in the course of decades and now produces cycling parts, fishing tackle and rowing equipment with annual net sales of US $3.2 billion. Yoshizo Shimano, the third son of the company founder, died in July.

The Shimano Iron Works was founded in February 1921 by young entrepreneur Shozaburo Shimano who rented a nearly 40-square-meter area on the site of a demolished celluloid factory. At that time, the workshop comprised just a single lathe borrowed from Mr Shimano’s friend and owner of the Sano Iron Works. The main focus of the company was the production of freewheels, which demanded fine mechanical and engineering skills. In 1940, the number of the company’s employees surpassed 300. The president Shozaburo Shimano passed away in 1958, just one year after the company introduced its first internal 3-speed changer hub.

Shozaburo’s oldest sun Shozo Shimano took over the business with the intention to go overseas. Soon thereafter, Shimano American Corporation was established in New York with the third son Yoshizo Shimano in charge. The sales skyrocketed after the company opened a new plant in Yamaguchi Prefecture, capable of producing 50,000 units of coaster brakes per month. In the 70s, the company expanded to Germany and Singapore. 1973 can be regarded as a milestone marked with the first-ever release of the legendary Dura-Ace series of the components. When the United States bike boom exceeded the capacity of European bike-component producers, Japanese manufacturers Shimano and SunTour tried their best to satisfy the demand. While SunTour focused on refinements of existing systems, Shimano invested in innovations such as, for example, the direct predecessor of index shifting or front-wheel systems at low-end market prices. Thanks to the pressure on pricing and continual innovations by Shimano, European producers were slowly deprived of their original market presence.

By combining the knowledge he gained from his father and older brothers with his own visions, Yoshizo Shimano made a major input to the company’s expansion by catching up with the U.S. mountain bike boom in the 80s. He became the president of the entire company in 1995, following his two older brothers, Shozo and Keizo. In 1998, he introduced English as the company’s official language, and this way emphasised its global heading. Besides playing golf, Yoshizo Shimano remained an avid cyclist until his golden years. Before stepping down from the function in 2001, he guided the company towards new challenges posed by the arrival of the e-bike industry. 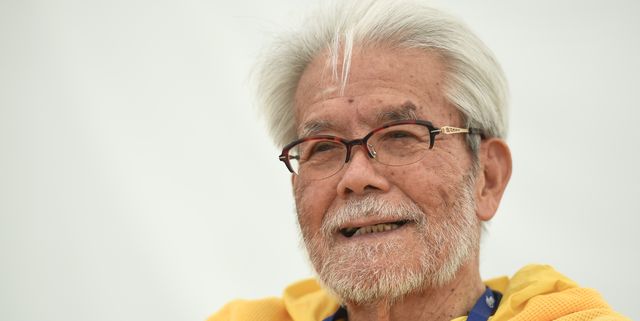 With little media attention, Yoshizo Shimano passed away at the age of 85 this summer. The third son of the Shimano Inc. founder died because of chronic heart disease. “The contributions he made to Shimano’s business cannot be measured and his impact will be felt forever,” the company said of Shimano in the official announcement.

The milestones of the Shimano company

1991
XTR series for the MTBs hit the market

Should I Get Electronic Shifting?

A Nutshell Guide to Power Meters

So, You Need a Triathlon Bike