Why Should You Hire a MTB Coach? Here Are the Things You’ll Learn

Everyone can learn to ride the bike up to a certain point just by themselves. Some are naturals, others are […]

Everyone can learn to ride the bike up to a certain point just by themselves. Some are naturals, others are less fortunate, but sooner or later everybody reaches the limit of their skills, which can be overcome only with great difficulty. That seems to be the right time to hire a mountain biking coach – not one that will suggest a miraculous training schedule leading to better fitness, but one that will help you improve your ability to tackle technically demanding trails. Professional biker Richard Gasperotti has been doing this job for over ten years, meticulously collecting experiences with different pupils and various approaches to cycling. Richard will now tell you what to expect from tailored MTB lessons and if they are worth the money spent.

No matter if you crave to become a better drummer, athlete or biker, an experienced coach might lift the boundaries limiting your skills. “Anyone sweating at home, following YouTube workout instructors will hardly improve their fitness safely unless there’s a real supervisor to tell them that they’re doing the exercises wrong, or worse, they’re on the best way to seriously damage their lower back. The inevitable pain coming in a few weeks will tell them something went wrong, but this is usually too late,” Richard explains.

It’s quite similar with mountain biking since people don’t get any feedback that would tell them what they do right and what wrong. This results in feelings of uncertainty and discomfort when they get to a difficult section or should go through a berm in high speed. Something in the back of their head tells them that they could do it better or maybe half as good as their gifted mates, but they simply don’t know how. The desire to improve riding skills is the right moment to reach out to a personal coach.

What can get improved

Any aspect of riding can get a boost from the coach, including your bicycle set up, braking efficiency and braking timing, stability, position of your body over the bike, turning, body balance, jumping, reading the terrain and your ability to find the best possible path and speed adjustment, or your overall energy management, which will enable you to ride longer and more confidently with less effort. “Even though it might sound like promises from a weird TV commercial, everybody can improve in a big way,” Richard says. “The main goal is to teach the student to flow through the trail as smoothly as wild water running across cascades and meanders. Even difficult segments that posed fearful obstacles just a few days ago might turn into amusing challenges, once the biker learns a handful of basic skills.” 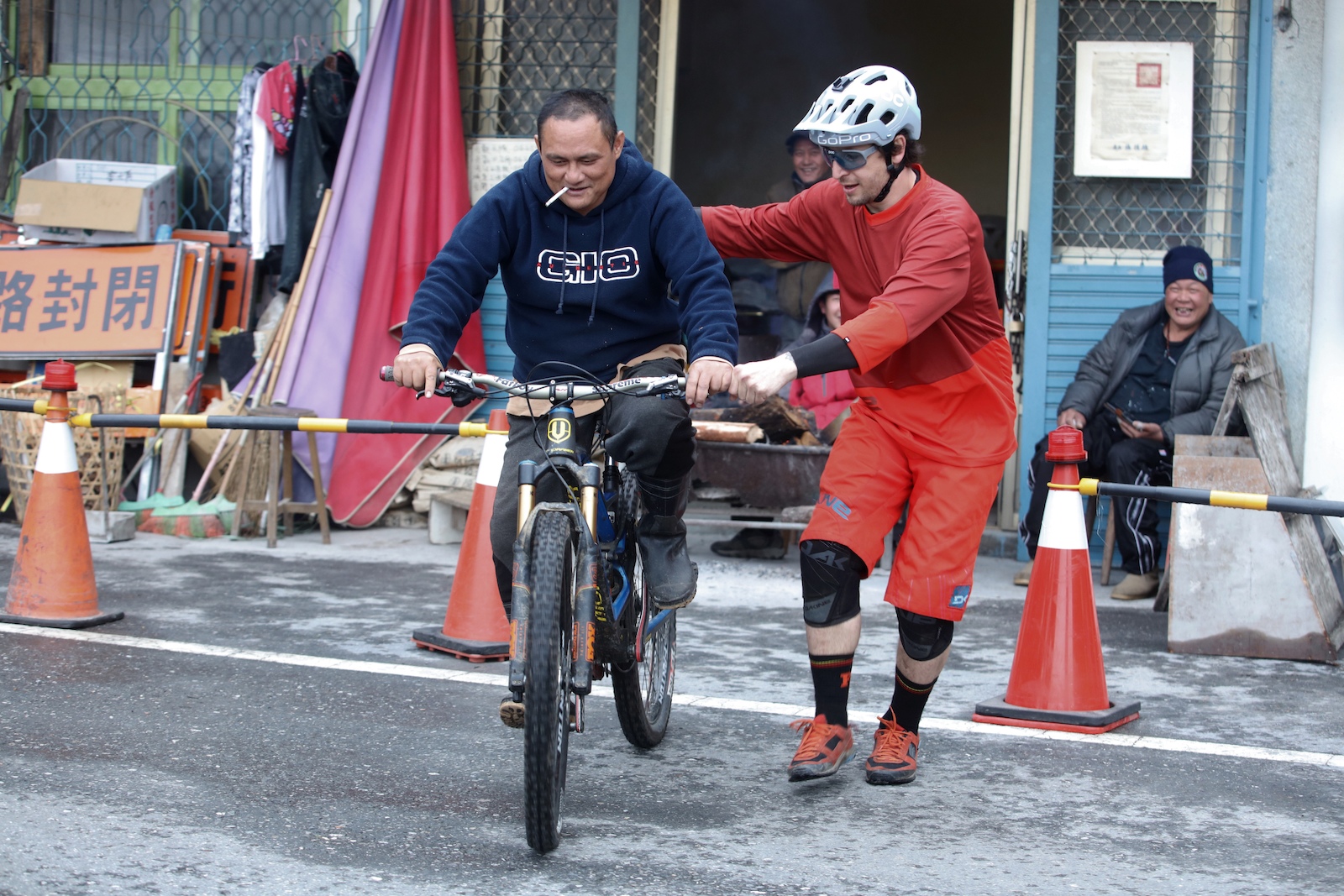 A wrong bike set up makes for poor riding

Despite its key role in bike handling, the basic set up is frequently underestimated by many. “That’s why we always take a look at the bike in the very beginning,” Richard says. Incorrectly adjusted brake levers, an excessively long stem or high seat post are essential shortcomings, which can be rearranged in the first step. Right thereafter we proceed with the position of feet on the pedals, no matter if the rider uses platform or clipless – these might get adjusted, too. Even though it might sound ridiculous, we only use four points to control the bike, our palms and soles, which is why adjusting the rider’s position is crucial for further skills development.

Riding through the first turns might reveal your elementary skills

For the first lesson, we can meet at a parking lot behind a shopping centre where I suggest going through a course made of small traffic cones. Many riders expect this to be a ridiculously easy task, but I can see the flaws in how they manage weight balance and wrong bike handling in the first few turns. Using basic tricks, we normally manage to remove elementary weaknesses within three hours depending on the rider’s ability to learn. 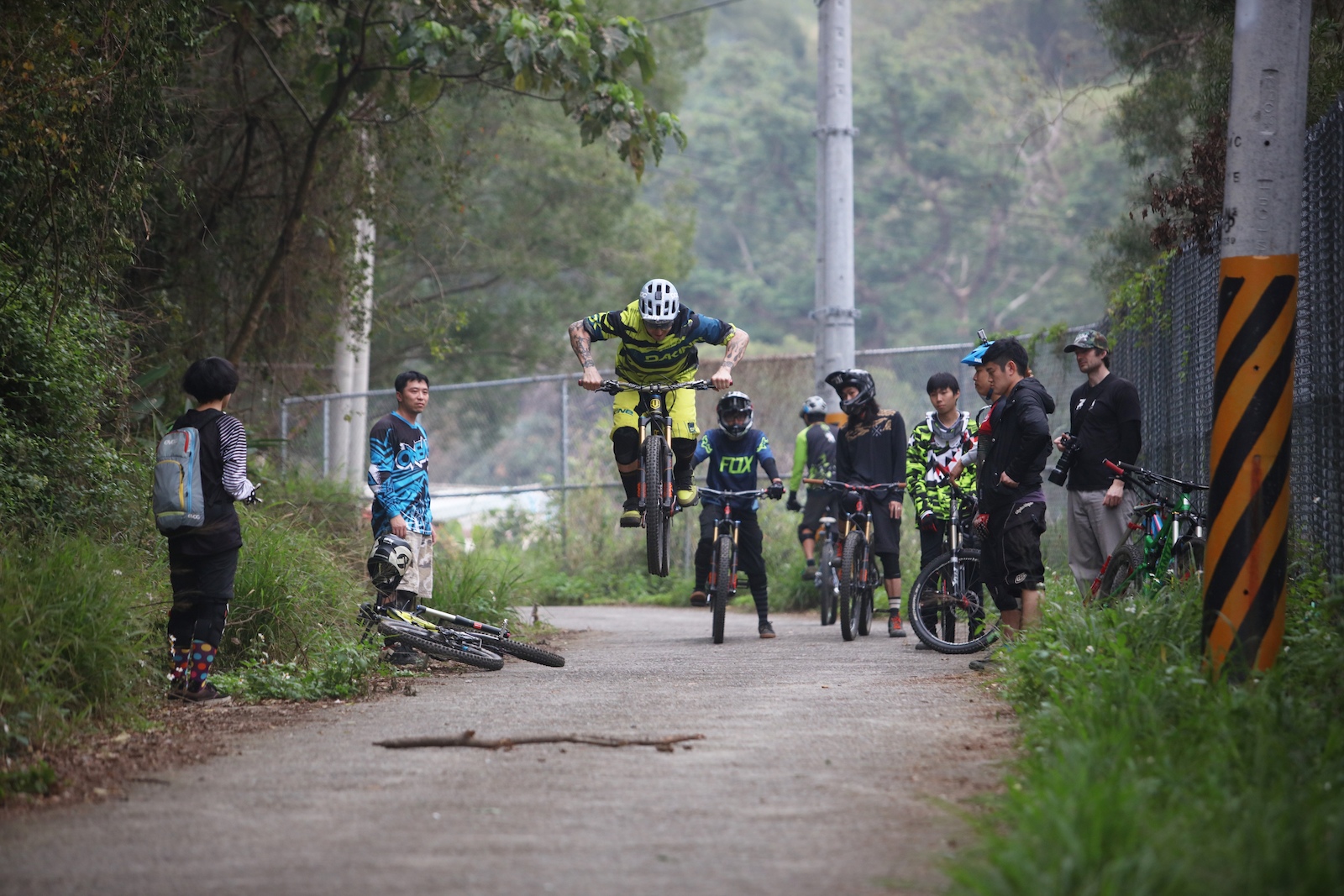 The next lesson is held on trails. We agree on signals to simplify our communication and go through the individual stages of the trail with me riding in the front and commenting on what exactly I’m doing on the bike. We can pick a turn where we stop for a while and ride through it several times one by one. Shooting a video with a smartphone also helps because the student can see their mistakes instantly. We watch it and I suggest what can be improved. Under constant supervision, most riders improve rapidly. As soon as they are able to distinguish good attempts from wrong ones, we can switch order, moving them to the front, so I can see if they can use the newly gained knowledge on the trail. That way we can focus on any desired aspect of riding.

The most important thing is to have an open mind for learning new things. While beginners usually progress with ease, more experienced riders can have a hard time abandoning their bad habits and replacing them with new stereotypes. Quite often somebody reaches out to me because they want to learn advanced jumping tricks, but right in the first lesson we find that they lack fundamental skills. This is when I am more of a a psychologist and negotiator than bike instructor. As a coach or MTB guide, you need to win your client’s trust to lead him or her through individual steps. “Approximately 70% of my students improve fast and enjoy their achievements while 30% of riders are stuck in the past and make only a little progress,” Richard explains.

How to Make Autumn Cycling Fun for Your Kids

Cycling With Your Kids: What Are the Bike Options?