Geeta S Rao was just three years old when she got a high fever. After her parents took her to a doctor, they found out it was a polio infection, already spread throughout her body. In a few days, she couldn’t move at all. The next few years, her mental and physical growth was very slow but her parents’ dedication was enormous. When it was time for Geeta to go to school, a wheelchair was not an option. So they started to carry her in their hands to her desk. Every single day.

Once, when she was in the eighth grade, her parents carried her to school and Geeta overheard a passing woman say that it’s better to not have a daughter at all than to have a daughter like this. The words stuck with her and that day, she tried to commit suicide. Luckily, she failed.

“Trying to commit suicide was the worst decision of my life,” Geeta told Humans of Amdavad. “And I took that as a God’s message to fight with life and come out winning. And soon I decided that I won’t depend on people anymore. On the other side, I also started daily exercises and physiotherapy and within one and a half years, I was living my life without any medications, it was just daily exercise and physiotherapy. Soon, I was able to stand and walk with the support of crutches.” 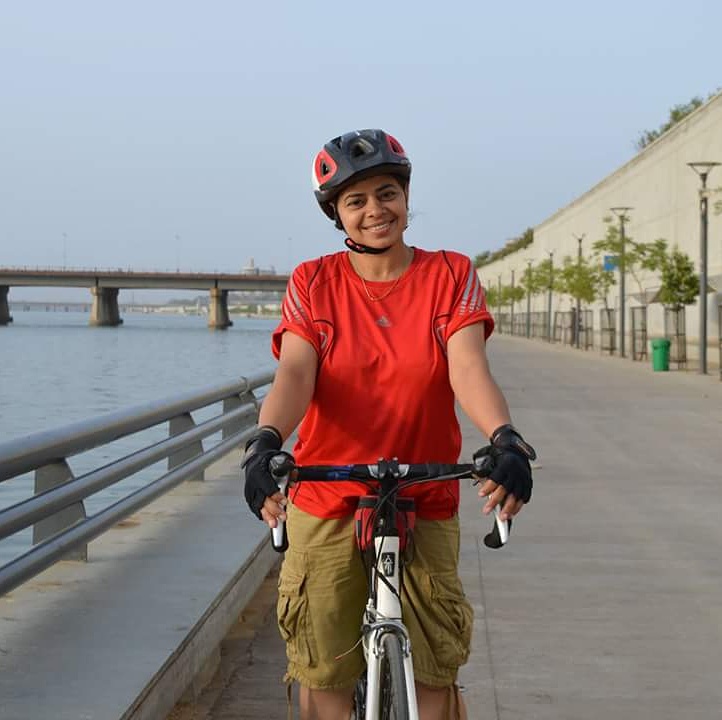 She even gained a BSC in Chemistry from St Xavier’s College and, afterwards, did PGDM courses in Human Resources and Corporate Communications. After working as an IT engineer in a corporate company, she left to pursue her dream of travelling. Now she is in business with her brother, owning a chain of 7 hotels and planning to expand every year.

Her left leg is still inactive but that didn’t stop Geeta from riding the bicycle her family gave her. She started cycling every other day and even participated in a 115-km “Impossible Race” near Polo Forest, India.

“If there is a will, there is a way,” Geeta claims. “I have seen that my disabled friends have very low self-esteem. I would say aim for the sky. Don’t accept the life you’ve got, fight for it and, above all, believe in yourself.”

The Epic Bike Trails of Nepal