When 1,500 cyclists get together in a survey designed to produce the perfect car to go along with the cycling lifestyle, you can bet your bibs the result is going to be pretty specific. As a long-term supporter and sponsor of multiple cycling events and activities, ŠKODA, the Czech car manufacturer, came up with a concept that should offer anything an active cyclist might ask for in an automobile.

More precisely, the company’s UK branch conducted the survey and brought the idea to life. By asking cyclists about the greatest downsides of cycling and all things surrounding it, they uncovered two major vexations: the damp cycling outfit and a muddy bike when getting back to the car after a ride. To tackle these issues, this one-of-a-kind concept car fits in a spin cycle washer for your sweaty jerseys and high-pressure washer to spray off your bicycle. The KAROQ is a mid-size SUV so there was sufficient room for other useful gadgets such as a cooler for bidons (or cooling gel pads) and a complete toolkit box in the boot. Regarding the bike storage, there’s the usual sturdy roof rack and a dedicated space inside for one bike frame. Although one third of the KAROQ’s rear bench seat had to give way for the interior storage, ŠKODA claims that practicality hasn’t been affected and that four adults can still fit in comfortably. 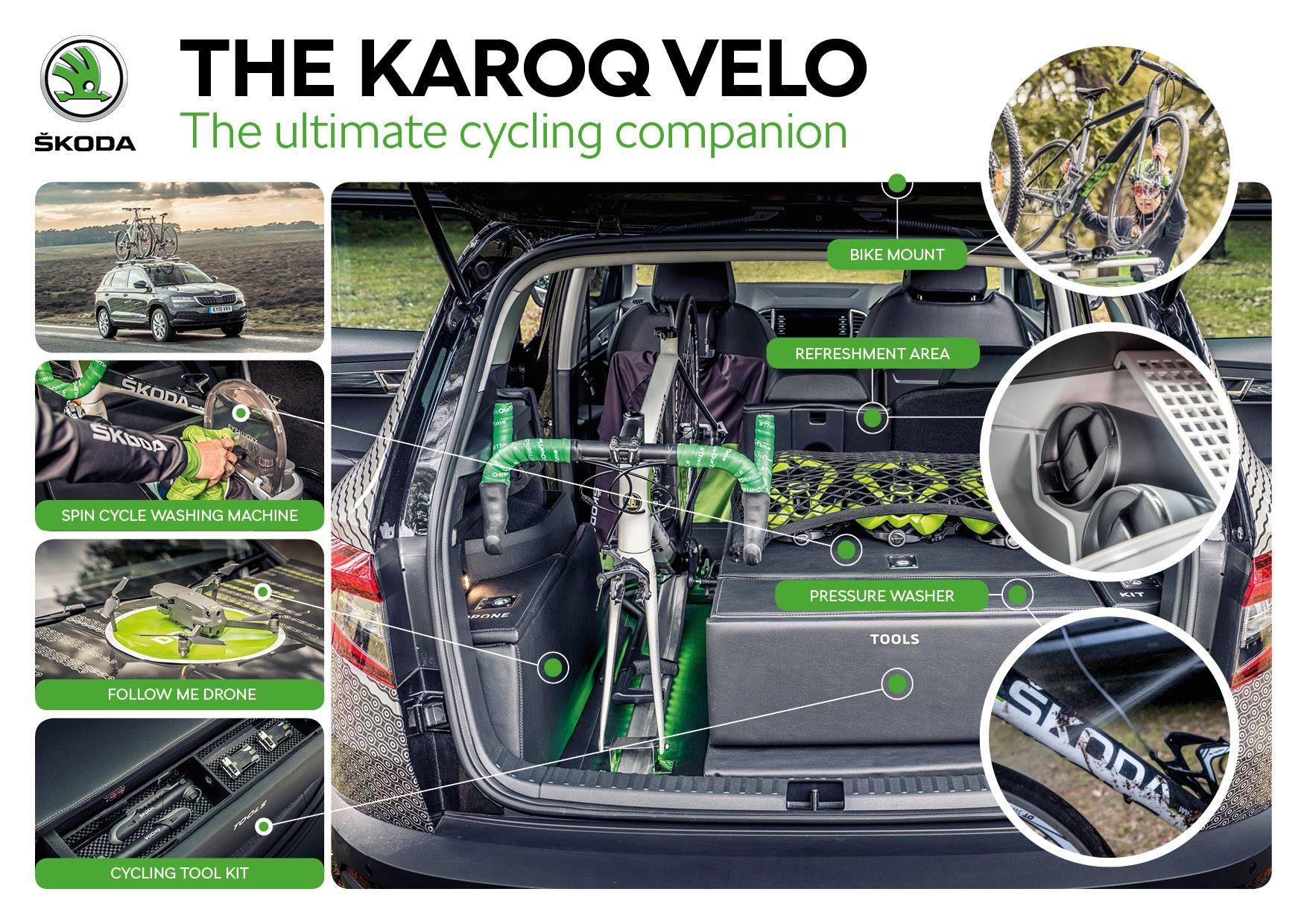 All gadgets using water to function source it from a single tank so you need to refill it ever so often but other than that, everything is fully automated.

Other most frequent complaints of the cycling motorists included dealing with mechanical issues, especially at night time. That’s why ŠKODA fitted in a number of internal and external LED features that allow you to catch a breather with a book when on an overnight trip or to fix a puncture when the sun sets. As the proverbial cherry on top, the Velo is also equipped with its very own drone with a magnetic landing spot that can be placed on the front bonnet. The drone is fitted with the Follow Me function so you can just hop in the saddle and the drone will follow your ride like a personal cameraman. And in case you needed to upload the pictures or the footage to social media or elsewhere immediately, the KAROQ Velo also hides a WiFi hotspot. 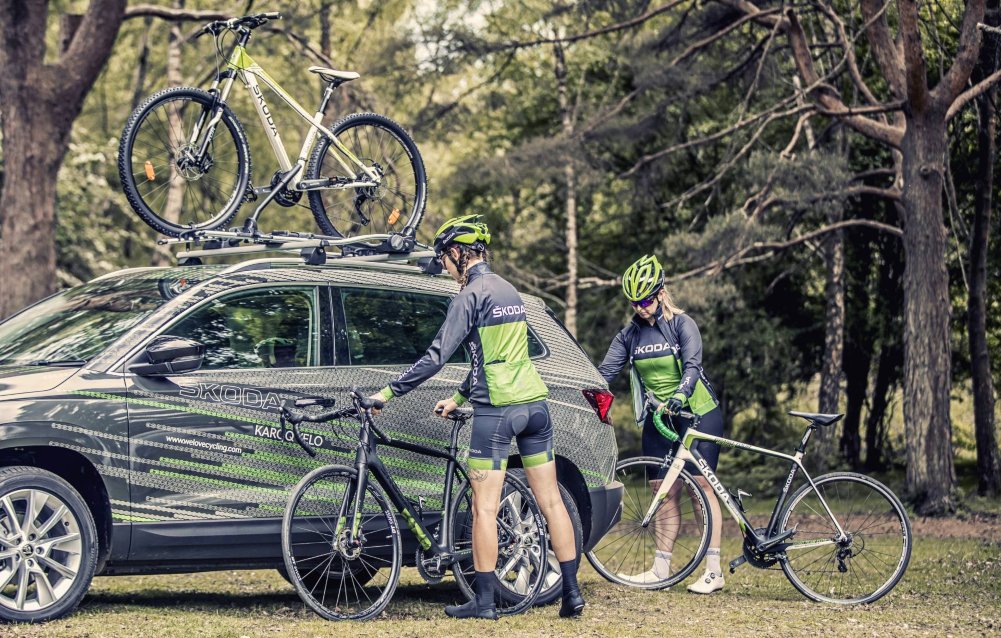 The concept’s tagline is “delivering the perfect pre- and post-ride experience for cyclists” and we dare to say that it has all the features and technologies to achieve just that. The KAROQ Velo is not destined for mass production but ŠKODA will be lending it to cyclists throughout summer, as a four-wheeled assistant to races and competitions.

Would you like to try out this innovative concept? Tell us in the comments!

We Used the ŠKODA SCALA for a Winter Cyclocross Training Session