Audrey McElmury was the first American ever to win the world championship in road cycling. Nobody really noticed in her home country but her triumph had a deep symbolic meaning for the race spectators.

It all goes back to the Cold War era. Specifically, to 1969. That year’s women’s cycling championship was about to take place in the then Czechoslovakia where just a year before Russian tanks invaded the territory disguising their act as “friendly help” and installing a puppet government. The tension in the country’s atmosphere was ubiquitous. 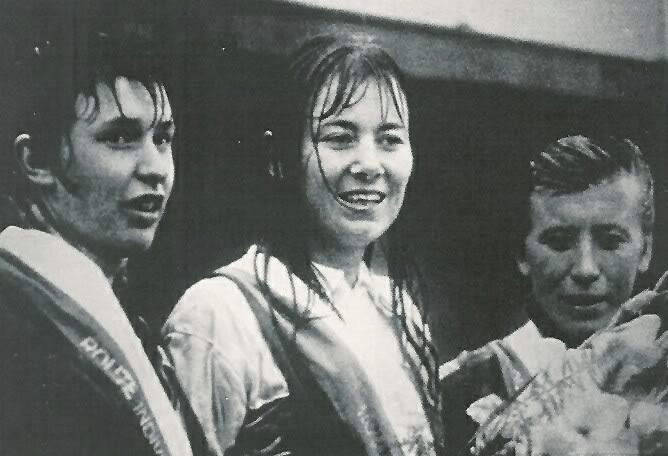 All that could scare one away but this ambitious mother of a baby son couldn’t get scared easily. Just before coming to Czechoslovakia, she made a national cycling hour record and felt ready to take up the upcoming challenge, not letting anything else distract her. No stranger to hills, McElmury broke away from her contestants when riding up but then came the descent. The fall was pretty ugly but she immediately got up and hopped back on wheels. The heavy rain of that day probably played its part in the crash but it also had a chilling effect on the injuries. Audrey claimed the gold medal and fulfilled her dream.

he wasn’t the only happy person that day. For the Czechoslovaks, her triumph meant a little bit more than just a medal: the US winning over the Soviet Union represented something many of them wished to happen in real-life politics as well. McElmury’s victory was a chance to have a taste of what it’s like to beat the “comrades”.

At this stage, many other stories would continue with descriptions of other heroic successes. This one, however, has a more human turnover. Audrey became depressed and started skipping races. A huge dilemma hunted her mind: should she come back to her husband and son, or to pursue her professional riding career? The result was a divorce and becoming a single mother. But every cloud comes with a silver lining: McElmury got an offer on joining an Italian women’s team. Together with her son, Audrey settled in Europe and became a fulltime cyclist in a jolly company of vivacious Italians.

Before quitting cycling, she made another national hour record: 24.8 miles at the Encino velodrome. No rider managed to break it until 1990.  Unfortunately, back in America, her successes were hugely understated as women’s racing was still in its infancy in Audrey’s days. By the time it became popular, she already retired.

A Story of One Dedicated Belgian: Not Even a 10-Year Break Could Stop Her from Winning

From Wheels to Wings: The Woman Who Ruled Both the Ground and the Air