Watching this woman racing meant witnessing the embodied essence of “driven”. Yvonne Reynders had one simple goal: to win. All her focus was on that one particular task. No fake humbleness and doubts in her mind. She was a remarkable racer on a mission.

Yvonne was born in 1937 to coal dealer parents. Aged 15, she received a cargo bike and started working as a coal delivery woman. Not sure what that means? Basically, her job description matched one of a pizza delivery guy. The difference lied in having to distribute coal in bags that would weigh about 10 kilograms. Some of the customers lived in the upper floors of their houses and they surely weren’t going to help to carry the load upstairs. So, to cut the time and refrain from having to run up and down multiple times, Reynders used to carry about five of them at once. Quite a workout, huh?

In the summer when the working hours got shorter (not much need for coal in warm weather), Yvonne used to get a road bike and set off for her training. That means a 140km-long ride before going to bed. At the same time, the driven lady took up athletics and won one discus throwing championship after another.

The golden era of women’s cycling called the “bicycle craze” when female racers shared the spotlight was long past due. It only took a couple of years (1895-1902) and in Yvonne’s teens, racing was only meant for men. But in the 1960s, the great news arrived: women’s racing came back to its glory and Reynders decided to take her chances. Since then, both her legs and career went like greased lightning. Reynolds kept winning one contest after another. In the 60s, she won seven world championships. All for the pure joy of the ride: back then cycling wasn’t a profitable discipline. In fact, Yvonne had to work night shifts so she could train in the daytime.

Her greatest rival was Great Britain’s famous Beryl Burton. Both of them were undefeatable in their own countries. But when they came across each other in world championships, they have dealt the cards quite evenly. While Burton dominated the 3000m pursuit, Reynders claimed four golds in road races and three more on the track. 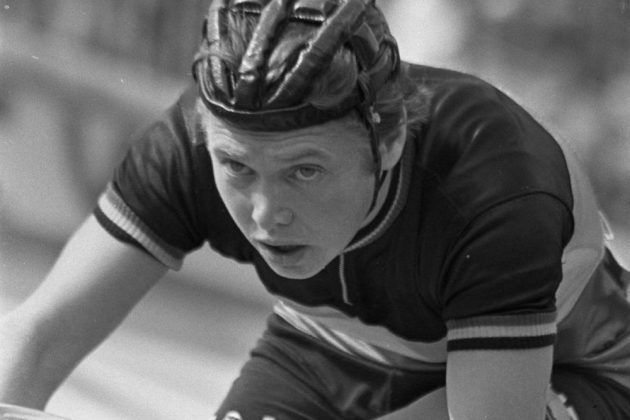 The halt to her racing career came in 1967 when Yvonne failed a dope test. Till nowadays she stubbornly pleads innocent and suggests the results were falsified: the race took place in Holland, and all of the test-failing racers were Belgian. Her suspension was supposed to last for three months but Reynders decided to leave the discipline. For ten years, there was no word of the great cyclist in the newspapers, no sign of her at any race.

At the age of 39, however, the great Reynders came back with a bang and claimed the national championship’s gold medal. Perhaps for the old time’s sake, the former world champion also signed up for a world championship and enlarged her medal collection with a shiny new bronze one. Hopefully, that was at least some satisfaction for the accusation she still perceives as a huge injustice. These days Yvonne lives with her partner and many animals east of Antwerp.

From Wheels to Wings: The Woman Who Ruled Both the Ground and the Air