In July 2007 the city of Paris launched an ambitious bike-sharing operation that gave Parisians and tourists access to thousands of two-wheelers across the city at a reasonable cost – and for free if you used it for 30 minutes or less.

It was, in many ways, a pioneering service, especially its business model. The service was run as a concession by the French advertising agency JCDecaux, which had a 10-year contract with the City Hall. JCDecaux paid the startup costs and the wages of the approximately 300 full-time employees who operated the service and repaired the bikes. In exchange, it received exclusive control over more than 1,600 city-owned billboards from the city of Paris.

It soon became the world’s largest bike-sharing service outside of China by the number of bikes in operation. As of July 2013, it had the world’s highest market penetration, with 1 bike per 97 inhabitants. That year, the company reported that 173 million journeys had been made with its bicycles in six years of operation.

At its height, the Velib’ system offered nearly 15,000 bikes at more than 1,200 stations around the city and in some 30 suburban communities and counted about 85,000 daily users. The bikes were sturdy and easy to manage, and defective ones were repaired relatively quickly by roving mechanics. Subscriptions were available to locals and foreign tourists generally found the service easy to use. It was, in nearly all respects, a success.

So it came as a surprise that when the contract expired in 2017 and tenders were called for to run the service, the city did not choose JC Decaux to run it. The reason was the price. A high rate of bike thefts and vandalism coupled with other factors led to an annual cost to the city of an estimated 50 million EUR per year. The new operator simply offered the city a cheaper deal.

After long delays, the new Velib’ service has now been operating for about 8 months, and if user comments are to be believed, the lower operating costs have led to a drastic decline in user satisfaction, with complaints ranging from high costs to malfunctioning bike stations and a scarcity of bikes. Simon Labouret of the cycling advocacy group Paris in the Saddle told the NPR: “It has been a disaster for biking and a disaster for mobility in Paris.”

The Paris experience illustrates the main problem confronting bike-sharing startups: how do you make money from it? The issue is how to balance operating costs with the low prices you are forced to charge to make it attractive to users.

Currently, bike sharing in Chinese and other cities resembles a jungle, with dozens of startups flooding the markets with bikes, for which they charge next to nothing in an attempt to beat the competition and build market share. However, according to investor Jeffrey Towson, an expert on Asian technology trends , the business model is a non-starter.

Among the many problems he cites, the following are the most important:

• Prices are so low that the companies either make no profit or, if they do, the margin is too small to be sustainable, especially considering the cost of a single bike and the cost of paying employees to repair it and find bikes that have been abandoned and to replace those that have been stolen.
• There is no network effect in bike-sharing, as with, say, Uber or Facebook, where cost per user declines as more people join the service. “It isn’t clear that (a scale) will create a lower cost structure per unit,” Towson says, if for no other reason than the more users join the service, the more new bikes the operator has to buy and the more people they have to hire.

His analysis is based on a single market, Singapore, where a free-for-all market has seen many companies throw bikes on the streets. Eventually, the market will consolidate – that is, a few companies that have survived the market war will offer the service, eliminating the need to keep cutthroat prices low. But, as Huey Lee and Nicholas Lee point out, in the Singapore Policy Journal, “Raising prices after consolidating market share may not be viable.”

• All bike-sharing companies collect a deposit to cover potential damage to or loss of the bike. “This can easily be channelled into further expansion or directed into money markets and other investments to turn a healthy interest,” they propose.
• Companies could leverage their user base and rental system to expand horizontally into other sectors of the sharing economy, such as delivery or car sharing.
• Bike-sharing firms could sell their data – such as travel patterns, location data – to advertising or market research companies or to allow companies to offer coupons and promotions to cyclists in the vicinity of their establishments.
• The firms could use their bikes as advertising platforms, selling advertising space on the two-wheelers and turning the bikes into “billboards on wheels.” 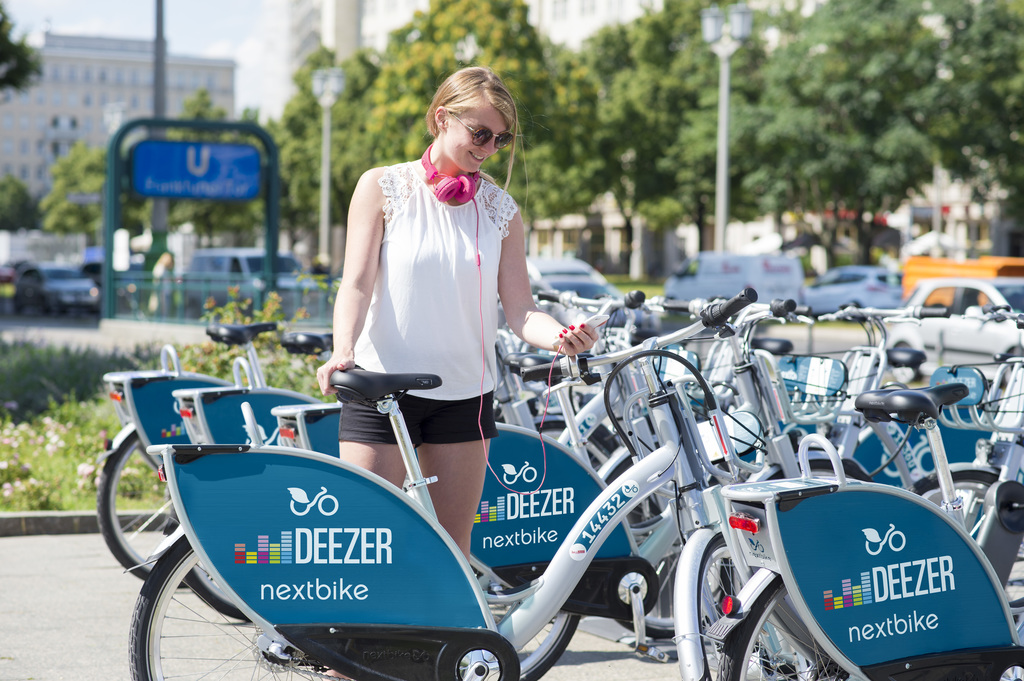 A variant of the last suggestion is currently being used in Berlin. At least two large companies, the supermarket chain Lidl and the French music streaming provider Deezer, are offering bike-sharing services in the German capital, with their names prominently displayed.

In this business model, the service is not, apparently, intended to turn a profit, but simply to advertise the primary business of the operator, in the hope that a happy experience with the bike will make the user look to shop at Lidl or stream music from Deezer, rather than their competitors.

It may well be that, in the future, many companies known for producing, say, razor blades, shampoo or apparel will offer bike sharing as an inexpensive means of attracting new customers. The risk is, however, that if the service does not function well, it could have the opposite effect.