INTERVIEW: Aquablue Folded So Dunne and Warbasse Made a Little ‘NoGo’ Tour of Their Own

The end of the 2018 pro-cycling season is a hectic one to say the least, with an unusual number of […]

The end of the 2018 pro-cycling season is a hectic one to say the least, with an unusual number of teams making drastic changes in their roster for the next year. At the World Tour level, one of the biggest news was most certainly the demise of the BMC Racing Team which later on was able to find a financial backer and will merge with the Polish Pro-Continental team (CCC–Sprandi–Polkowice). The Ireland-based Pro-Continental Team Aquablue, however, wasn’t that lucky.

They stopped all activities just a few days prior to the Tour of Britain which came as a shock to almost everyone, their riders and staff included. The decision was shared via e-mail with little or no warning. Facing such quick-coming harsh reality, two of the team’s Champs; Conor Dunne of Ireland and Larry Warbasse of the USA took the matter into their own hands and quickly decided to keep-on riding their bike. 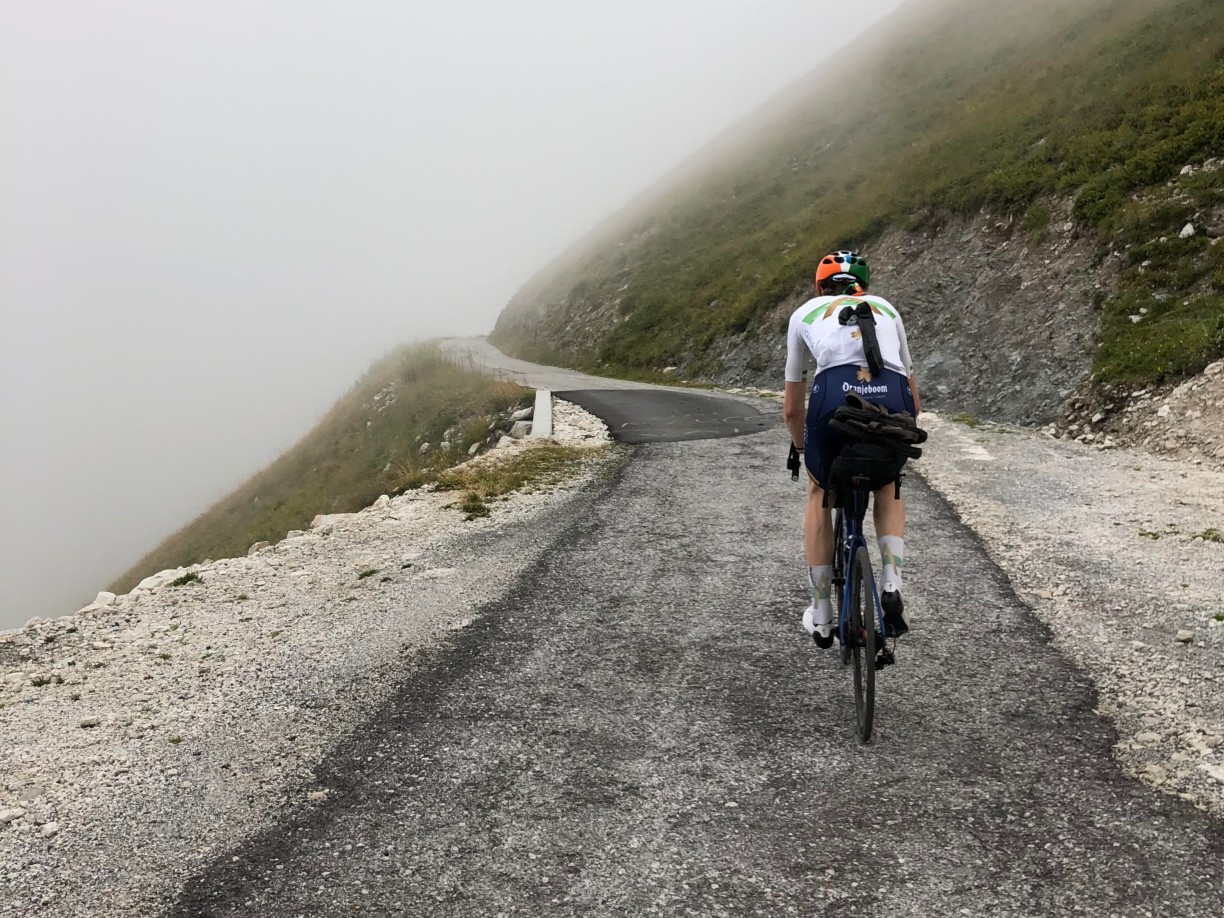 Being based in Nice, France, and not being allowed to participate in the Tour of Britain, for which they prepared themselves for months, they went-on to the “NoGo Tour”, a self-named journey into the French Alps where they would experience some serious heavy cycling day after day, from 2nd to 9th September, equipped with nothing but light bike-packing equipment.

Just two days went by in between the official announcement of the end of the Aquablue Team and your decision to go on the NoGo Tour. How did you come up with the idea? What was the thought process at the time?

First, it was just the team that was stopping, and that was tough as we both had another two years left with the team. It was the first time I felt secure in cycling and that was nice.

It came out of nowhere and we didn’t know what to do. We were all in for the Tour of Britain and ready to give it our best shot. Then the following morning we received an e-mail saying we were not doing that either. So we were devastated.

We went for a ride and were super down. We didn’t know what to do. And then Conor was just like, “Why don’t we go for a bike tour?” It was something we had spoken about doing for a while but never really had the time or motivation to do it during the racing season. It was the first time we saw and opening and figured why the hell not?

Then I thought why not do it around the same time as the Tour of Britain, we could keep our names out there even if we couldn’t be at the race. It blew up so much more than either of us could have imagined!

How did you plan your route? Were the preparations similar to those for a proper Tour?

Half of the idea was that we would just wing it, without a set route. We knew we wanted to hit the Col de la Bonnette either on the way out or in, and then Conor wanted to do the Col de Tende between France and Italy because of its Gazillion switchbacks. So, we decided to hit Tende first and then just pick a few cool Cols or destinations on the way. 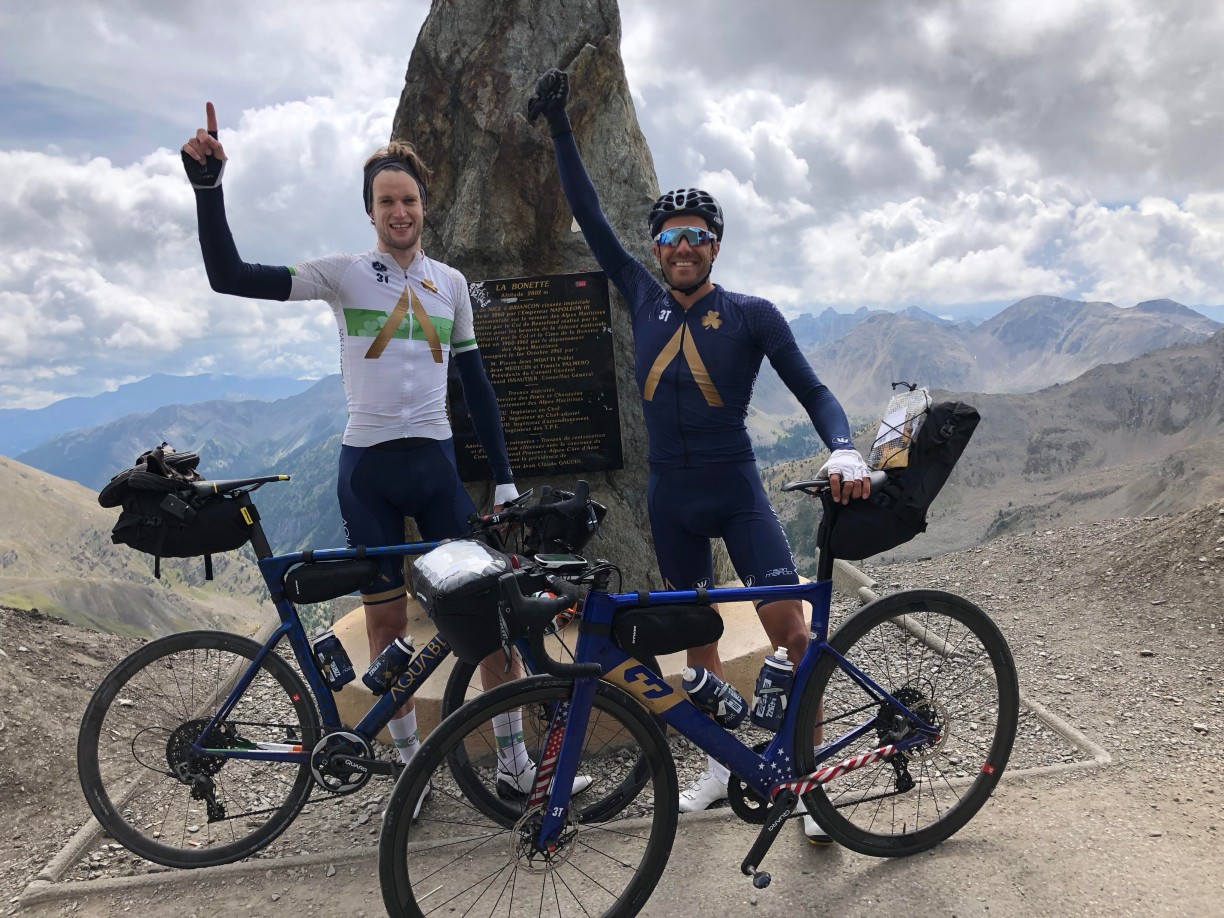 We decided each route the night before we did it, sometimes not even until the morning of. It was awesome.

You are probably used to having a team of people caring for your every need, used to team cars, excellent bike mechanics, chefs. How did you fare without all the service?

Honestly, we are both pretty easy going guys. So we aren’t dead set on having everything 110% perfect. The whole idea of this was to relieve stress, so we didn’t get too stressed about things when they didn’t go exactly to plan.

There’s not a whole lot I would have changed about what we did, if anything! I maybe would have just double wrapped the bars. There was something a bit relieving about having nothing with us. No decisions to make! 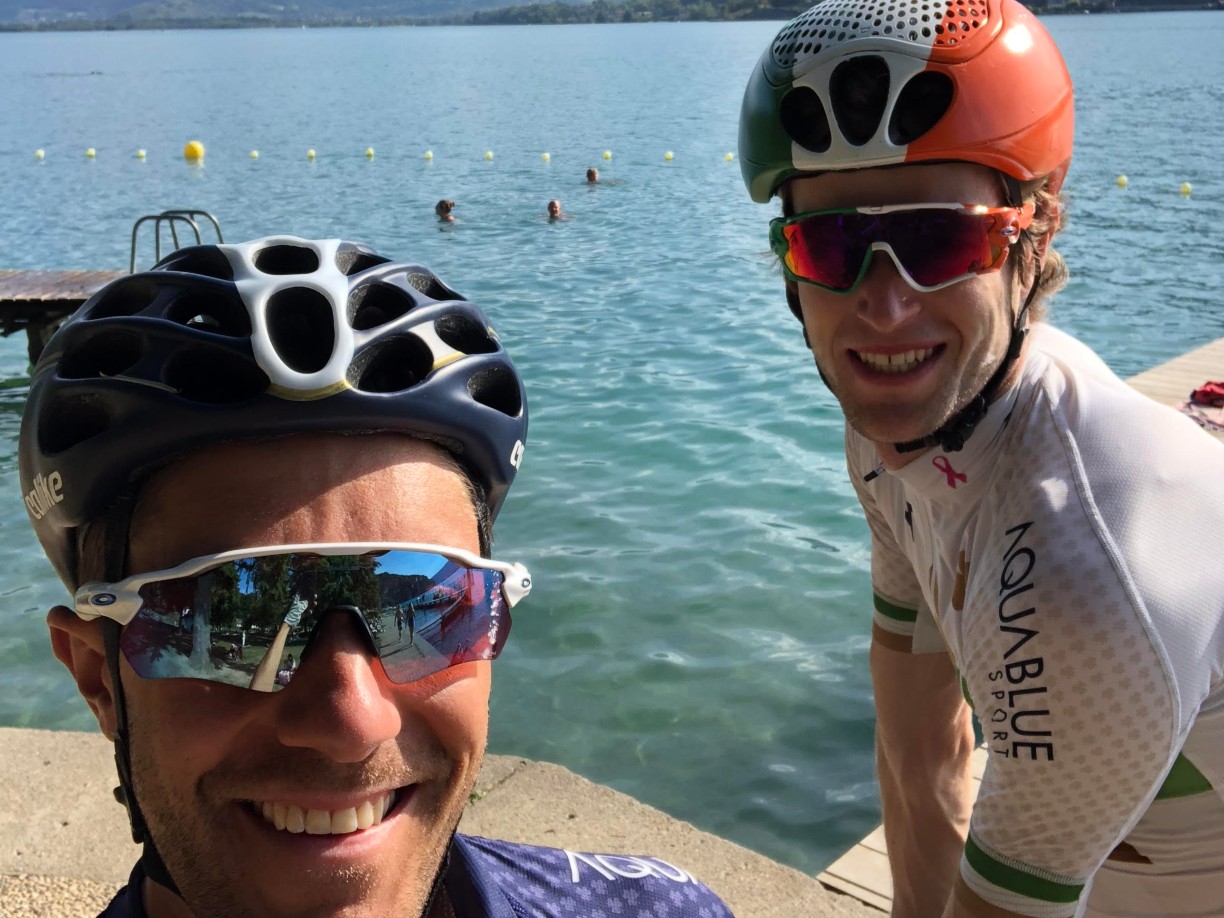 The financial hardships of pro-cycling. Both of you have in-depth insights into pro-cycling at a pro-continental level. Us amateurs only see the various end-results via the mass media. Tell us bluntly, what you think should be improved?

This is a tough one to answer and something I’m frankly not very sure of the solution. Obviously there needs to be a discussion from both sides and I think often we are pretty much left out of the conversation. 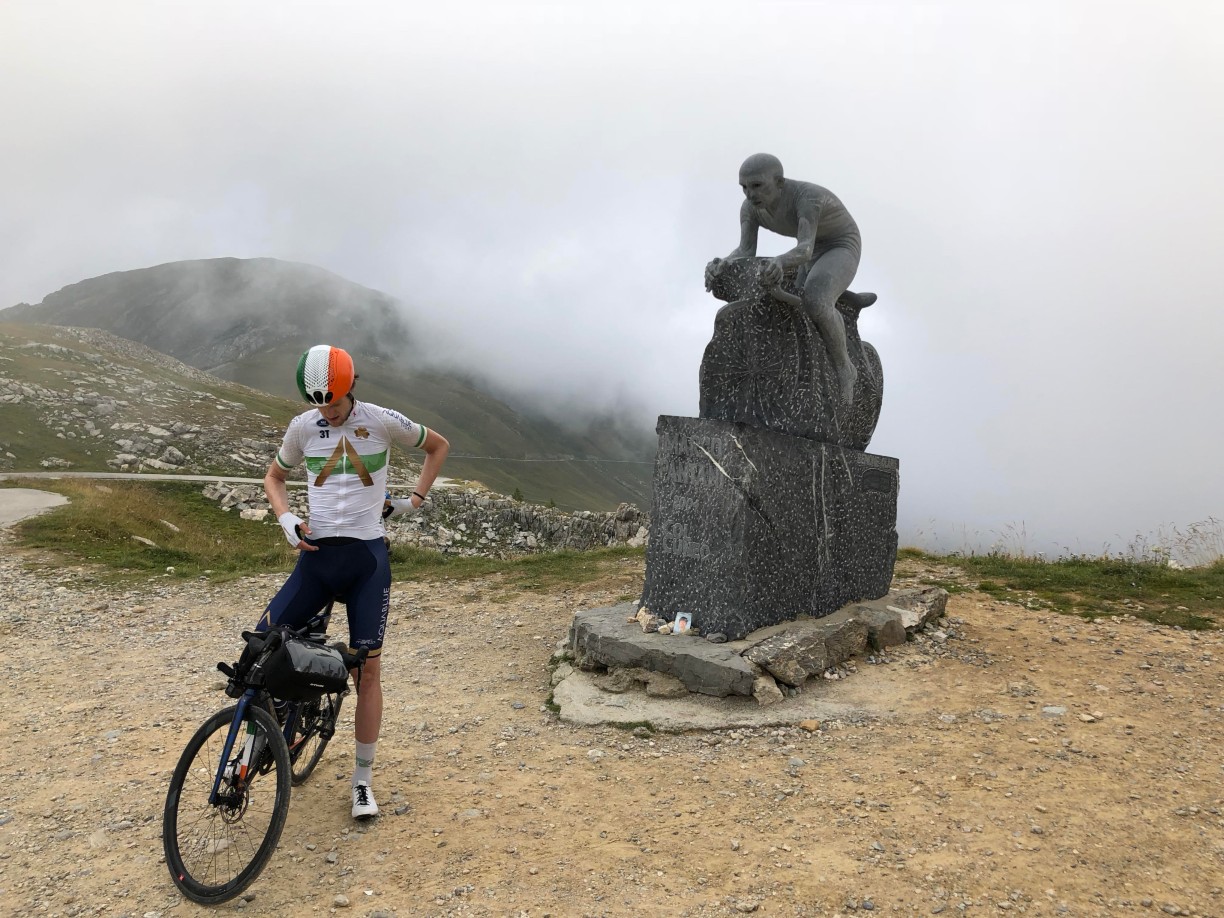 The tough thing is in cycling there are so many different cultures that sometimes it is hard to get them all on the same side or to agree, so it would take a special person with a lot of motivation to be able to do that, for the good of the sport, rather than himself.

Larry, in one of your post you made it clear that the two of you needed to remain available to the outside world in your search for a new position within a new team for the 2019 season. This meant that you had to carry your laptop up and down the French Alps. Without naming names, are you guys close to signing deals? Any insights you’d like to share with us?

We’re definitely working on trying to secure our futures but nothing is done yet! So, we will keep fighting ’til it is!

VIDEO: Watch a Police Officer Chase Down a Bike Thief in a Cycling Pursuit