Riding by yourself or with a kid makes a big difference. How to involve your mini clone in cycling? In the first few months, the choice will probably be a chariot, a grand vehicle towed behind your rear wheel, functioning as a 2-in1 mobile bed and a mean of transport.

Riding through the narrow city streets with a chariot might be stressful and so the earlier you can place your young gun into a baby seat, the better. Now comes the choice: is it better fastening the toddler to the rear seat situated behind your back or let him have a ride with the ultimate 360° view over your handlebars?

Most of the experts would say, that while the first option is slightly more comfortable because of a better balance over the rear wheel, the second choice represents a safer way of transport with almost a permanent control over the situation. But now, which seat would fit you the best when most of them are heavy and clumsy and, after mounting the seat on your frame, the bike looks like you have just borrowed it from your auntie Wilma. Not many parents would be amazed by such a setup.

Luckily, there have been some fortunate dads down in South Africa who were dealing with similar dilemmas and after they were done thinking, the Feva Star Kids Bike Seat was invented.

Once you start unwrapping the package hiding the dismantled seat, you might get confused, as the product looks completely flat cake-like. After the great unpacking is over, all you have on your table is but a foamy object resembling a pad normally used by beginners during early swimming lessons. 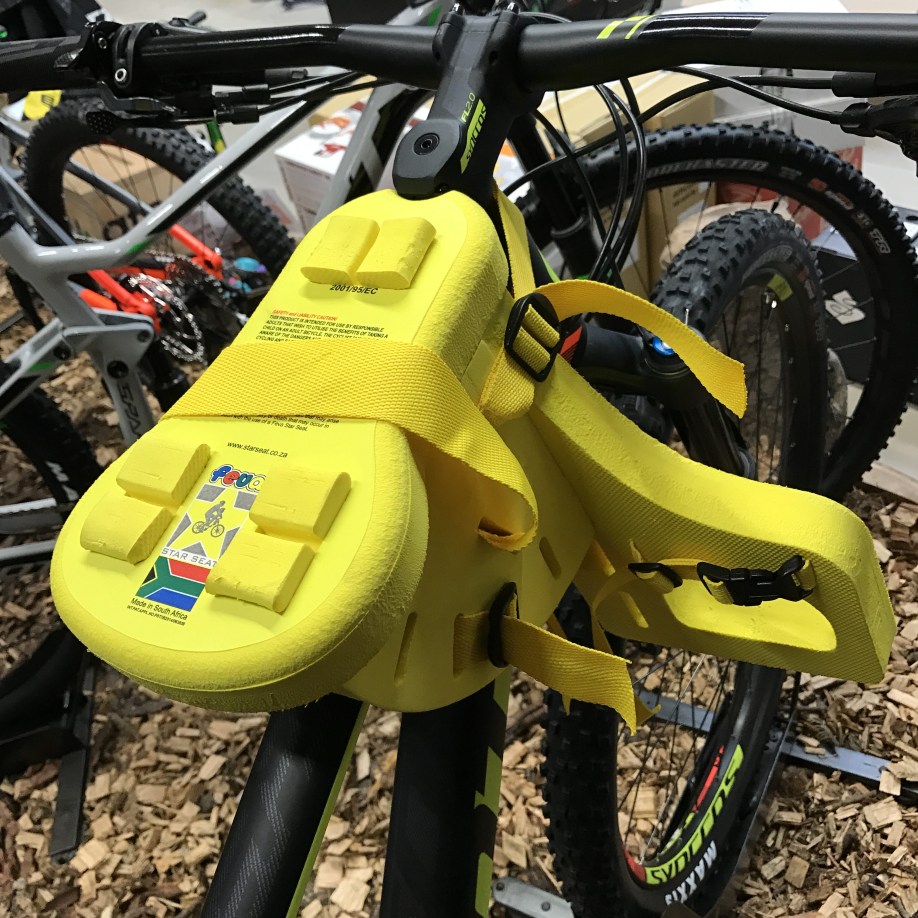 But wait, the non-toxic, high-density foam is curved into smaller parts that actually can be separated and then, similarly to Lego bricks, assembled into the baby seat. It’s simple and even dads and moms who hesitate while building some of the IKEA prøducts will succeed within a couple of minutes. This is not the greatest advantage which is yet to come – wherever you park your bike, you just pull out the baby passenger and take the seat apart into pieces that could be easily stored in your bag.

The Feva carrier is designed for kids from 2 to 5 years of age and the set comes for approximately 55 EUR. The seat is adjustable and fits most adult bikes including carbon fibre frames or frames with a sloping top tube. The baby is fastened by safety harnesses. The placing of the tiny passenger in the seat should contribute to the correct backbone development as it stimulates back muscles of the kid.

Now, there’s no reason why not to share the ride with your kids!

4 Ways to Fit Exercise and Nutrition into a Busy Life