This year, Claire Lomas, the woman who made headlines and shot to fame in the UK when she walked the London Marathon in a bionic suit despite being paralysed from the chest down, made news again as she set her sights on motorcycling around the Isle of Man’s world-famous TT course.

While this venture of hers is more about a motorcycle than a bicycle, the challenge is one that she has worked up to having already succeeded at a number of cycling challenges around the UK, in her Road2Recovery series of fundraising events for the Nicholls Spinal Injury Foundation, and she’s not alone.

Cycling has made a name for itself as a sport that’s open to those with disabilities, thanks in particular to individuals who have pushed to find inclusive options and disability cycling specialists Get Cycling.

Cycling has even been said to be an easier way of getting around than walking for as many as two-thirds of individuals with disabilities, The Guardian reported recently.

What cycle options are there?

It goes without saying that each individual with a disability has their own strengths and weaknesses when it comes to cycling, and so there is a number of adapted cycle options available to try to meet as many requirements as possible.

Tricycles are popular for anyone having trouble balancing and have been found to be useful to people with learning disabilities such as dyspraxia, and those recovering from illnesses such as a stroke. They can be fitted with foot plates to make it easier for riders to rotate the pedals and they come in upright or horizontal sitting positions. Stabilisers can also be added. Prices range from £500 to around £3,000.

Tandem bikes can come in two-, three- or four-wheel options and are especially good for people with visual impairments where there may be a need for another person to overtake steering or pedalling at any point. Tag-along options consisting of half a bike that bolts onto a standard two-wheel bike are also popular. Prices range from £500 to £6,000. 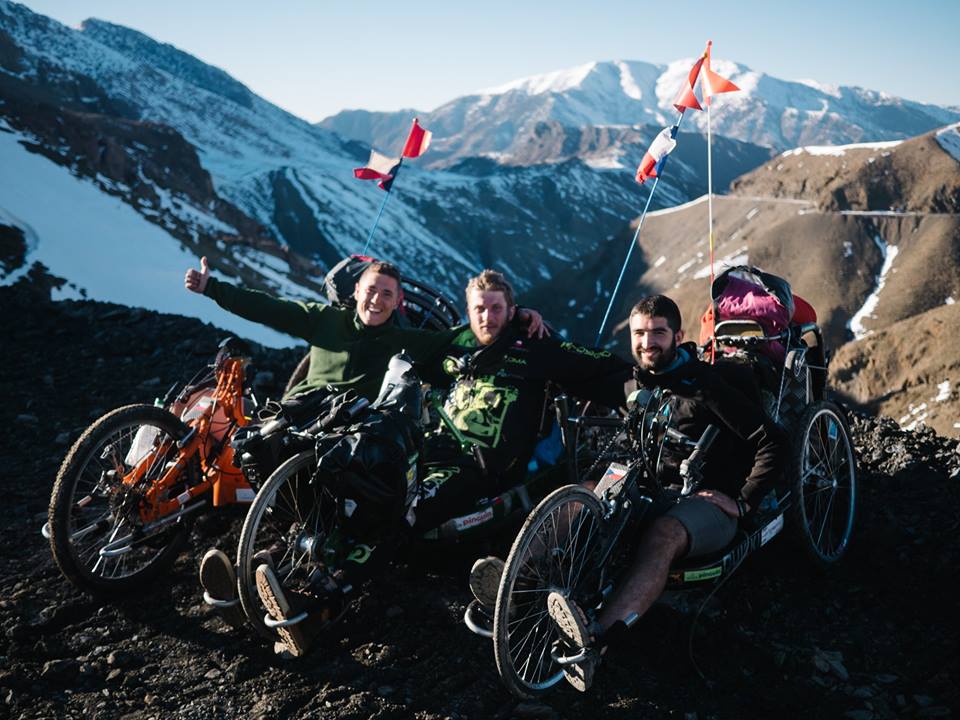 Handcycles operate similarly to a standard bicycle but the pedals are moved by your hands, which both power and steer the bike. Most have three wheels, although they can have four, and are popular with people with little to no lower body mobility as a result of paraplegia, amputations or severe joint issues such as arthritis. They can also be useful for rebuilding upper body strength after an illness such as a stroke. Basic models start at around £500.

Wheelchair cycles allow anyone who wants to enjoy the feeling of cycling but may not have the ability or confidence to cycle alone. In this case, a wheelchair cycle allows a wheelchair user to transfer into a seat on the front of an adapted bicycle while another cyclist pedals and steers. Prices range from £4,500 to £7,000.

Low step bicycles make getting onto a bike easier for anyone who cannot throw their leg over a regular bicycle’s frame. The bike makes it easier to cycle with a loss of flexibility and mobility with the use of a swing crank to limit the extension of the affected limb, while impaired arms or hands can be accommodated through a choice of gear-braking systems.

Where are the best places for inclusive cycling?

Inclusive cycling hubs: The safest spaces for inclusive cycling are at locations designed for cycling as a sport. These can include a sports arena, velodrome, outdoor park or leisure centre, many of which will have sessions led by trained instructors and supported by volunteers. These are particularly useful for anyone starting to cycle or adapting to disability for the first time.

Inclusive cycle hire: Many national and country parks offer inclusive cycle hire options in a space free from traffic where you can get out and explore. Of course, these locations have the added benefit of being an enjoyable day out for anyone who wants to go along and explore the natural surroundings. In the UK, for example, the famous Peak District National Park offers disability-adapted cycles, facilities, and an 18-mile trail of undulating, almost continuous hard surface.

Shared spaces: With many people with a disability finding a bicycle to be an effective mobility aid, the question of inclusive cycling in public spaces is gaining publicity. Of course, there is nothing stopping any cyclist of any kind cycling in public spaces, but there are many campaigns to improve cycle paths for adapted bikes. The numbers speak loud – according to Transport for London, around 15 % of disabled people in London actively cycled for transport in 2014, compared to 18 % of non-disabled people.

In the here and now, disabled cyclists face many of the same challenges and dangers as anyone else when it comes to public cycling. Nonetheless, some cities are forging ahead of the curve. In the UK, Cambridge has a high population of disabled cyclists, while around the world Amsterdam still leads the way as a bicycle-friendly city in general. Meanwhile, Barcelona is a leading city for wheelchair accessibility, offering water walkways on the beach, and wheelchair accessible pavements and public transport, which gives an indication of the support disabled cyclists can expect when visiting. People have even been known to relocate to Barcelona because of its next level accessibility.

Adore Him or Hate Him, Donald Trump Is the Man Who Made the US Professional Cycling Great Again

Recycled Bikes Are a Thing, and a Cool One Indeed