Middle-aged men in Lycra got their own movie

They’ve shaved their legs and they’re here to stay. MAMILs are a phenomenon of our era. So much so that we made our own feature film about one of them. Richard Price, about whom we filmed last year, now stars in a new documentary. Check out the trailer below and see if you can spot the familiar face.

Needless to say, he did make it.

What an amazing wedding gift from my wife to make sure I was on time to the church #IWC #portofino #chronograph pic.twitter.com/MTPXo1Qpfb

Back in 2001, the first and only time I tried cyclo-cross! 😎 #TBT pic.twitter.com/QHgrUbOs24

Me and a normal sized banana pic.twitter.com/Oqik30m7OV

Oh yeah! This is what I've been looking for! The cookie trough! pic.twitter.com/B5OvNUEX8S

The new route has been revealed in Paris and it’s a nice mix of innovation and tradition. For the first time since 2015, Alpe d’Huez and the famous Paris-Roubaix cobbles will return. There will be mountain stages in the Pyrenees. And a hilly 31km time trial on the final weekend. It is one of the shortest Grand Boucles in the recent years but it should still be exciting. Check out the whole route in the picture below. What do you think about it? 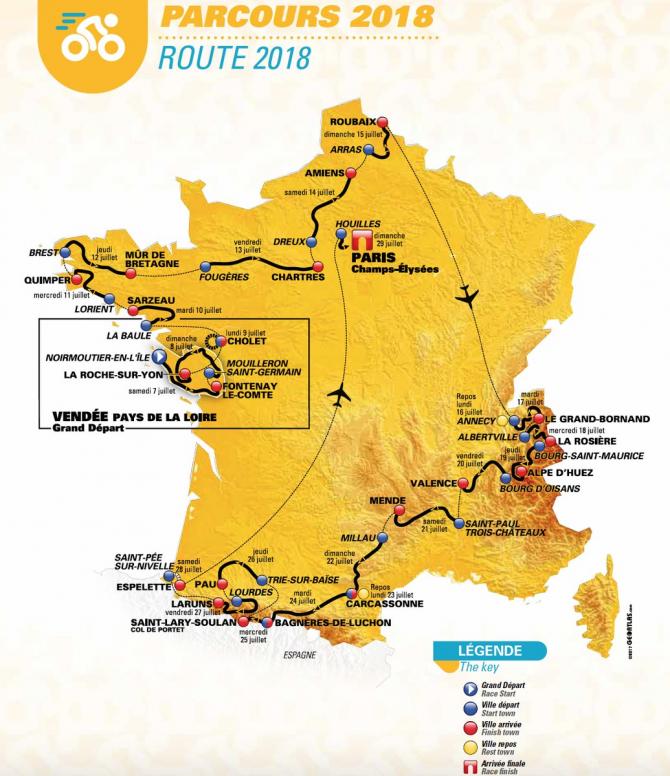 How Barcelona Is Turning into a Cycling City