Our fellow cyclists from Down Under are preparing for yet another series of aggressive bird attacks. Late August to early […]

Our fellow cyclists from Down Under are preparing for yet another series of aggressive bird attacks. Late August to early October is breeding time for Australian magpies, and while their European counterparts seem oblivious to cyclists even at that time, the riders in Australia get attacked very frequently.

So much in fact that they have even started a website to track aggressive magpies in various parts of the country. Magpiealert.com has recorded 658 attacks so far this year, with 99 of those resulting in injuries. You can check your local area HERE. 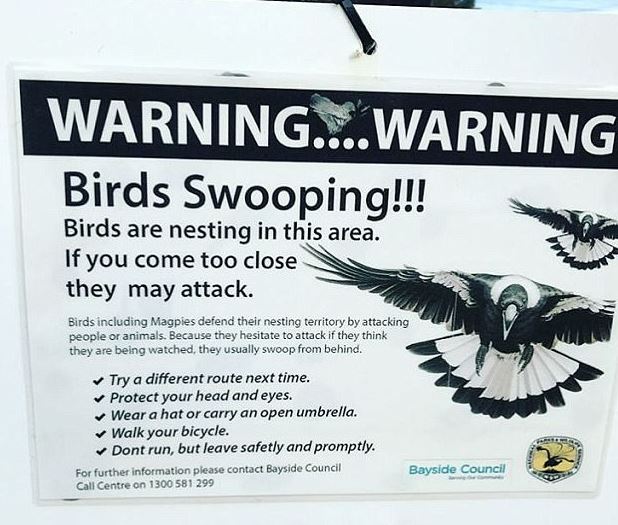 “They go for the eyes and ears… once a month, one will get me on the cheek. I know where they’ll be and the spots to avoid,” Matt Stacy told the Herald Sun, “but every so often I’ll try and catch one of them in the act.” You can see one of the attacks in Matt’s video below.

While magpies may be dangerous, it is important to note that they are protected throughout Australia. It is against the law to kill them, collect their eggs or harm their young in any way. If you feel that a magpie near you is a threat, you should contact your local council instead of acting on your own.

The government in Victoria State advises cyclists to try painting eyes on the back of their helmets, attaching zip ties to them, or carrying a pole with a flag on their bikes. Matt Stacy has tried all of those things, though, and according to his interview in the Herald Sun, none of the options work.

Church of Madonna del Ghisallo: A Shrine to Cycling’s Heroes

How to Train for an Ultra-Distance Event