At first sight, it was clear that things won’t be easy. If you want to ride a bicycle, all the more so in the Bike Park, both hands come “in handy” when it comes to managing the handlebars. And that was exactly what Honza did not have. We met him at a parking lot in front of a big shopping mall in Prague minutes before we left for Livigno for a five-day photo shoot and mountain biking session. Burdened with a backpack and tripod, he arrived smiling and offered me his left hand for a friendly shake. Just a few seconds before that I noticed his right hand was missing. Or, more precisely, there was still a part left, to which he himself affectionately referred as a “chicken wing”. 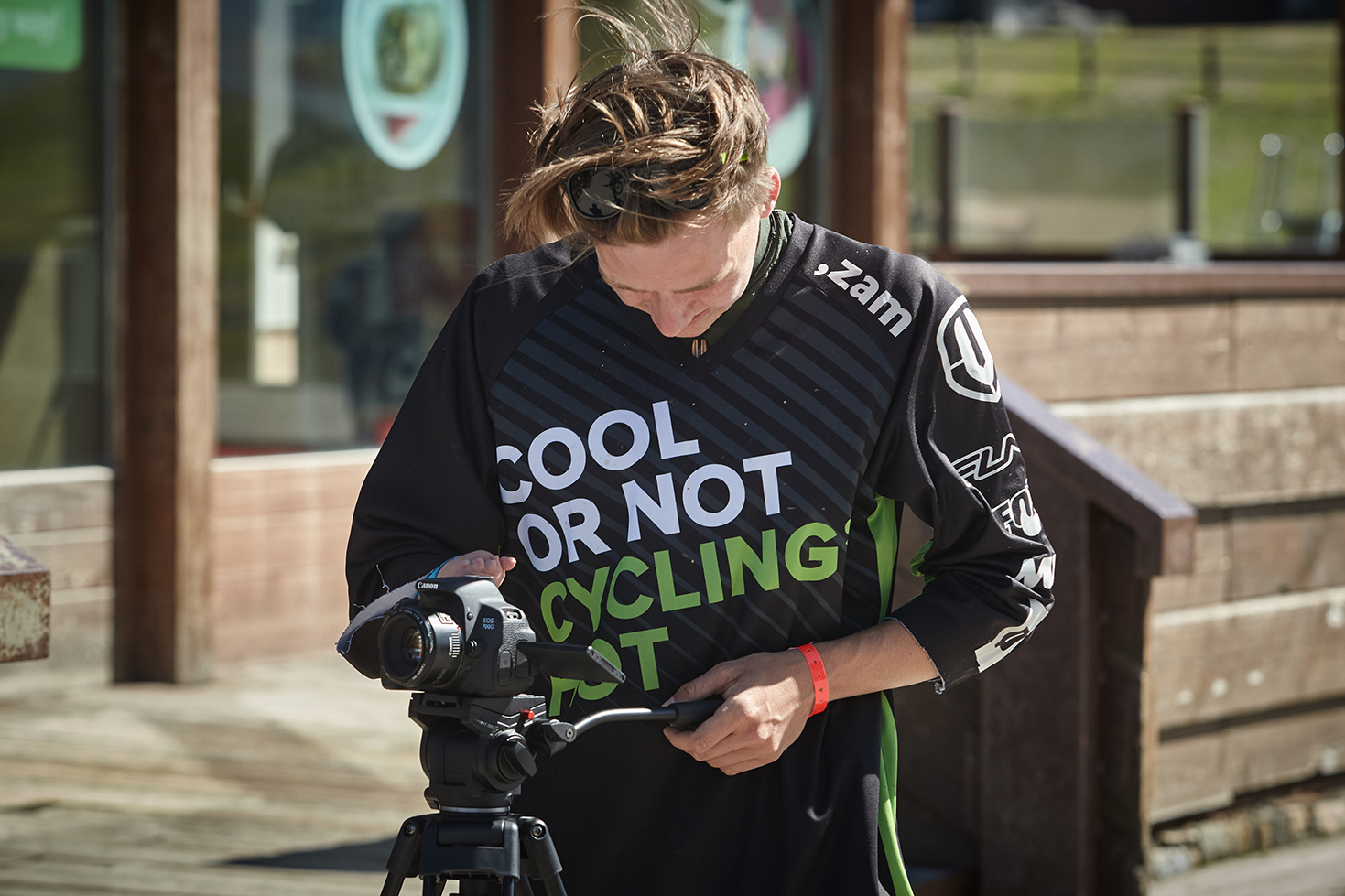 “Hi, I’m Honza Považan,” said the 19-year-old boy from Přerov, a small city in Moravia. With great references, he got assigned to our crew after he was recommended by our friends. Besides his excellent work with the skateboarding community, there was another reason to welcome him to the team. Honza belongs among the four students who were admitted to Film School in Zlín, Czech Republic, of several hundreds of applicants. However, all the way to Italy we were thinking about how he would manage the upcoming task with only one hand as the filming in big mountains is somehow different from hanging out with a bunch of skateboarders in the city streets.

An invitation to Livigno

Having the professional biker and We Love Cycling Ambassador Richard ‘Gaspi’ Gasperotti on the team, we were invited to visit Livigno by their official Tourist Agency in exchange for providing them with photos and video they could use for promotional purposes. Who would resist such an offer – Livigno is one of the most popular mountain resorts in Europe with 300 sunny days per year and an incredible mountain biking trails network. The area consists of two separated resorts – Mottolino and Carosello 3000 – each offering tens of trails ranging in difficulty from the easy blue to the insane 2005 World Cup DH track. Add the splendid Italian cuisine and the fact that Livigno is a duty-free paradise and you can hardly find a better place for your cycling holidays. With its altitude of 1816 meters, it’s a great base even for the road cyclist eager to add some thousand elevation kilometres to their Strava record.

The first ride in Mottolino bike park was somehow managed with the right limb simply placed on the handle bar which resulted into a painful blister. Maybe this kind of ride would work on a smooth tarmac road but not on the bumpy off-road trail full of rocks and roots. Despite the fact Honza proved to be a tough guy without fear who’s actually competing in longboard downhill races, in this case, his right hand was crucial.

We’re not losing the battle

“Wait man, it’s not lost yet. I have an idea,” Gaspi said to Honza as we arrived at the bottom station of the Mottolino cable car. Gaspi took his spare pair of shoes out of the trunk of his ŠKODA OCTAVIA and placed the right sneaker at Honza’s handle bar. “If we manage to fix the shoe you can use it as a support for your arm,” Gaspi suggested and began working on it. 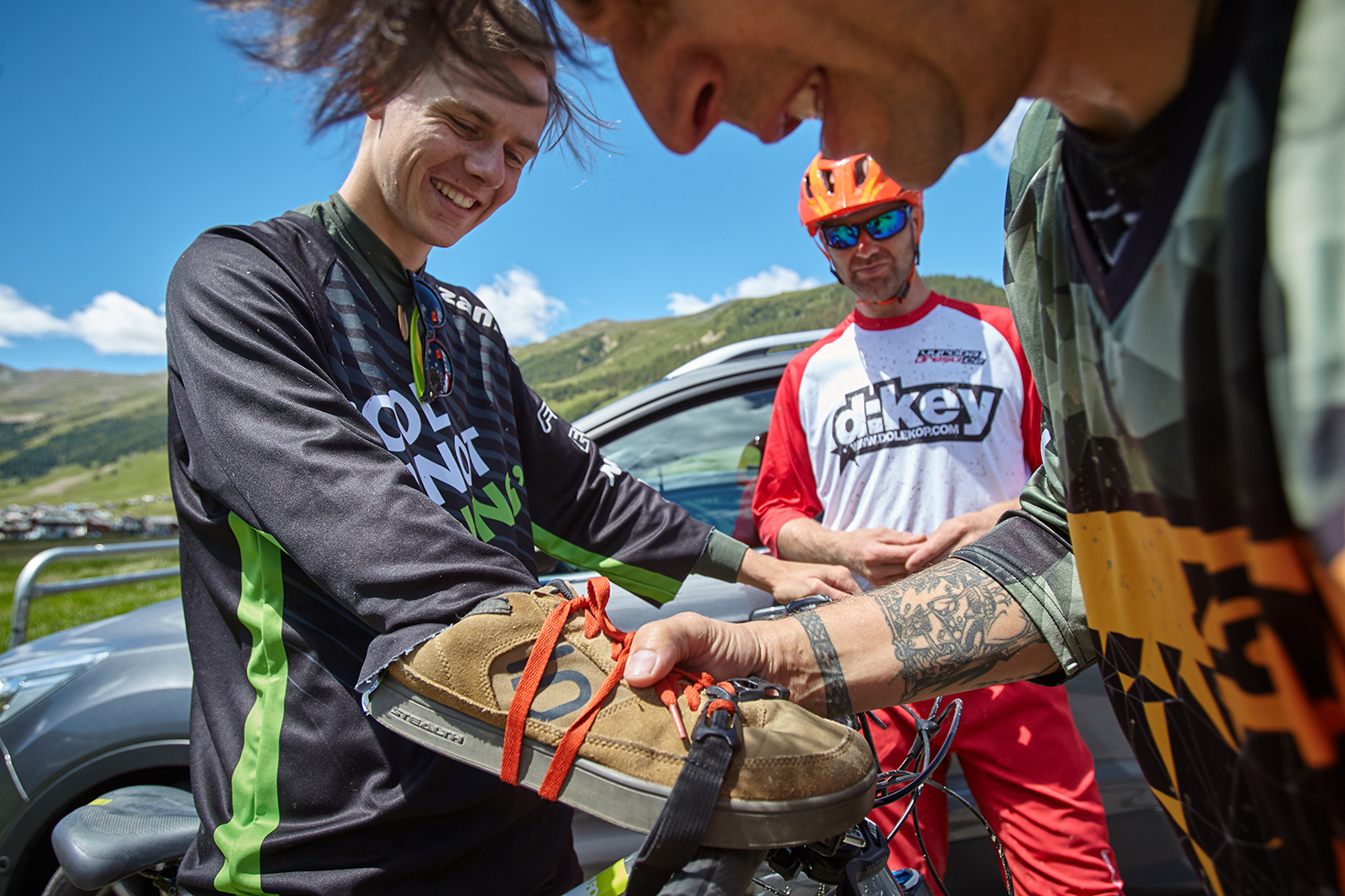 After fifteen minutes he created something that resembled a sturdy glove that worked similarly to wakeboard binding – Honza could easily slip his arm into it and get a firm control over the handlebars. The whole structure was secured by another portion of duct tape to withhold even the hardest handling. After several unsuccessful attempts, we even came up with the solution for how to position both the front and rear braking lever on one side of the handlebars, so Honza would simply brake both wheels using only his left hand. 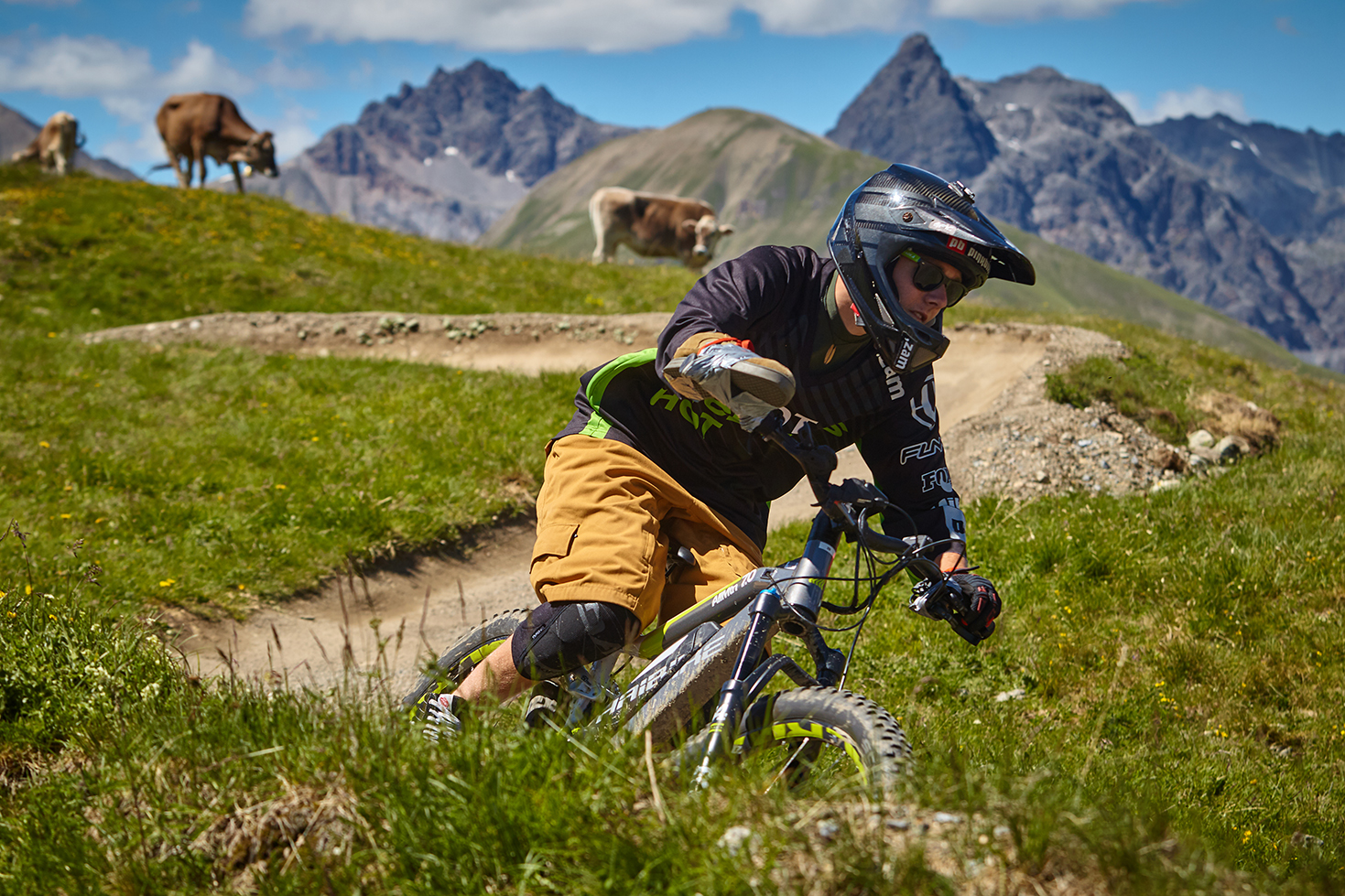 “It’s awesome,” Honza praised the tweak from the first moment of the test ride. Despite having a heavy load of his camera, lenses, tripods, and stabiliser in his backpack, he was riding like the devil since the custom improvement was done on his bike. Whoever had the opportunity to ride the bike with such a burden on their back would tell you what a great handicap it is as the backpack tends to play with your balance significantly. Honza was getting better with every ride and the other day he was obviously faster than most of the average able-bodied beginners. This way we could ride and take the footage without any further obstacles.