As the first stage of the Tour de France was almost about to begin on 3rd July, there was a literal […]

As the first stage of the Tour de France was almost about to begin on 3rd July, there was a literal never-before-seen appearance at the starting line, turning heads. This is in no way an exaggeration – this year the brand new ŠKODA KAROQ models waited at the starting line as service vehicles alongside three teams, bearing their respective colours and logos. More precisely, ‘Team Dimension Data’ from South Africa, ‘Team Lotto NL – Jumbo’ from the Netherlands, and ‘Lotto Soudal’ from Belgium.

This place is usually reserved for ŠKODA OCTAVIA support vehicles, as many teams grew accustomed to using them, but this year’s starting stage is extraordinary not in one, but two aspects. After 30 years the Tour de France happened to start in Germany again, and more curiously, stage one was designed to be an individual time trial. The route took cyclists from Düsseldorf’s Messe along the Rhine to the famous Königsallee and back to the Messe. And as the city of Düsseldorf was having its historical premiere, the ŠKODA KAROQ joined in with a debut of its own. 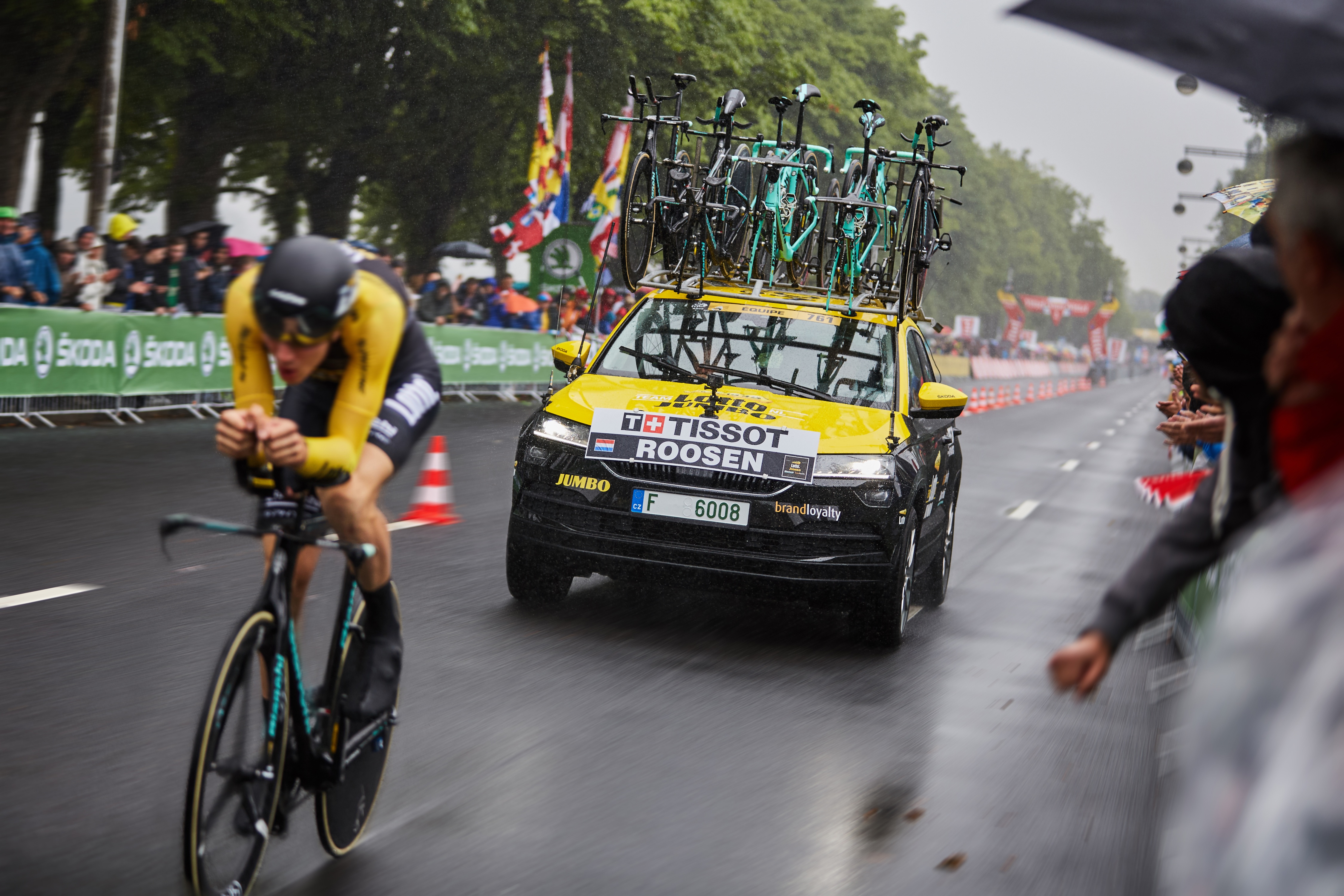 By the way, the preceding SUV, KODIAQ, made its world premiere at Tour de France as well. It lead the peloton at Champ-Elysées avenue last year.

This year, tens of thousands of viewers witnessed the compact SUV making its way along the riders, providing the teams with all the assistance they might need during the 14-kilometre time trial. Not only is KAROQ a looker, but has the latest connectivity and state-of-the-art technology trends at its disposal.

Our reporter Chris spent one whole day at Le Tour with the teams and if you’d like to read more about his experience, please head over to ŠKODA Storyboard here.

The first look at this all-new ŠKODA model is promising and the car is scheduled to hit the market later this year.

Travelling the World with Hera van Willick: Filming In Costa Rica And Why I Flew Home